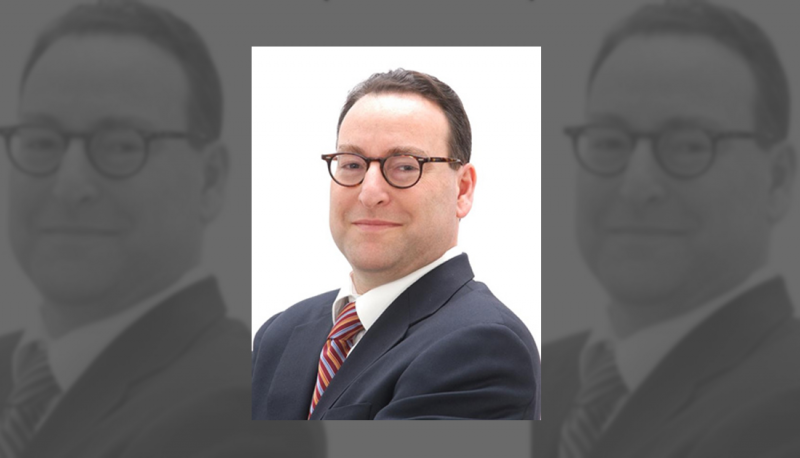 On October 30, President Trump nominated Kenneth Marcus to lead the Department of Education’s Office for Civil Rights. The Senate Committee on Health, Education, Labor & Pensions held a hearing on the Marcus nomination on December 5 and reported him to the full Senate on January 18. Marcus clearly lacks the willingness and ability to enforce civil rights law and protect all students in our country from discrimination. People For the American Way and allies have opposed his confirmation. You can download our letter here.

On behalf of The Leadership Conference on Civil and Human Rights, a coalition of more than 200 national organizations committed to promoting and protecting the civil and human rights of all persons in the United States, and the 60 undersigned organizations, we are writing to urge opposition to the confirmation of Kenneth Marcus to serve as Assistant Secretary for Civil Rights at the U.S. Department of Education. Mr. Marcus has not demonstrated a willingness and ability to enforce civil rights law and protect all students in our country from discrimination and he is therefore unsuited to lead the Department of Education’s Office for Civil Rights.

The Office for Civil Rights (OCR) has a unique responsibility to enforce core nondiscrimination laws in schools. These laws were passed by Congress in response to the widespread denial of equal protection and equal opportunity by states, districts, and schools. Although considerable progress has been made in the decades since these laws were passed, they continue to serve a vital function in the face of ongoing discrimination.

The Assistant Secretary for Civil Rights serves as the agency’s chief legal advisor on civil rights matters and is responsible for leading the Department of Education’s work to:

These enforcement, policy, and data responsibilities have considerable impact on whether or not students’ constitutional and statutory rights to equal protection under the law are meaningful and whether marginalized students receive the supports and attention they deserve to achieve their dreams. And they are core to the work of the Department of Education.

Mr. Marcus’ own record of anti-civil rights positions and his failure to articulate clear support for robust civil rights enforcement during his confirmation hearing are all the more troubling given the anti-civil rights actions of Secretary of Education Betsy DeVos and President Trump. Students and families deserve an Assistant Secretary who will represent their interests, enforce the law, and stand up to the Trump-DeVos discriminatory agenda.

Mr. Marcus has written previously about limiting the use of disparate impact claims,1 despite it being a well-established and essential method for identifying and addressing facially neutral policies that have a significant negative effect on students of color.2 When asked during his confirmation hearing if he, as Assistant Secretary, would intervene in an instance where Black students in a school district were receiving lower quality teachers, fewer books, fewer AP classes, and fewer educational resources than White students, Mr. Marcus would not say that he would step in. Mr. Marcus has also opposed affirmative action and equal opportunity initiatives, including in an amicus brief filed by the Brandeis Center, an organization for which he is founder and president, with the Supreme Court in the Fisher case in which the Brandeis Center argued that public institutions should not be allowed to use race-conscious admissions programs.3 Mr. Marcus’ attitudes and beliefs fail to demonstrate a commitment to protecting students of color from discrimination, as is required under Title VI of the Civil Rights Act of 1964.

Mr. Marcus has not demonstrated an understanding of and commitment to the rights of immigrant children and language minorities in our schools. When provided a clear example during his confirmation hearing of a hypothetical school policy denying noncitizen five-year-olds access to kindergarten, Mr. Marcus was unable or unwilling to demonstrate his understanding that those actions violated those children’s civil rights.4 Mr. Marcus’ response in the hearing, and the absence of a previous record of support, fail to demonstrate a commitment to protecting immigrant and language minority children from violations of the Equal Protection Clause of the Constitution and Title VI of the Civil Rights Act of 1964.

Mr. Marcus, in his previous role as acting assistant secretary at OCR from 2002 to 2004, was involved in the development of regulations governing single-sex education that relied on sex stereotypes.5 During his confirmation hearing, Mr. Marcus supported Secretary DeVos’ rescission of important guidance clarifying the responsibilities of educational institutions in cases of sexual assault and he would not commit to continuing to publish the list of colleges and universities under investigation regarding sexual assault. These actions fail to demonstrate a commitment to protecting students from sex discrimination as is required under Title IX of the Education Amendments of 1972.

Also, while previously serving at OCR, Mr. Marcus expressed significant concern for a student who might be subject to harassment based on religion, but expressed no similar concern about a student’s right to be free from harassment based on their sexual orientation or gender identity.6 Additionally, during his confirmation hearing Mr. Marcus failed to demonstrate an understanding of Title IX’s inclusion of gender identity in its protection from discrimination based on sex and gave evasive answers that did not acknowledge the overwhelming case law on the subject. These actions fail to demonstrate a commitment to protecting LGBTQ students from discrimination as is required under Title IX of the Education Amendments of 1972.

Mr. Marcus’ record with regard to the rights of students with disabilities as articulated in Section 504 of the Rehabilitation Act of 1973 and Title II of the Americans with Disabilities Act of 1990 is lacking. During his testimony before the committee there was no indication that Mr. Marcus would stand up to Secretary DeVos’ agenda to roll back systemic investigations, undermine regulations, and cut resources from the Office for Civil Rights. Given that students with disabilities, in addition to experiencing direct disability-based discrimination, may also experience compounding discrimination as students of color, immigrants or language minorities, women or girls, or LGBTQ people, and that complaints of discrimination based on disability generally make up almost half of all OCR complaints,7 the absence of remarks specifically undermining rights under Section 504 and Title II are small comfort to students with disabilities.

In his work since his service at the Department of Education, Mr. Marcus has sought to use the OCR complaint process to chill a particular political point of view, rather than address unlawful discrimination.8 In addition to the concerns this activism raises about students’ First Amendment rights to free political speech, an individual with his background should have a better appreciation for both the limited resources available to investigate complaints as well as the need to focus agency attention on unlawful discrimination that denies students equal access to education, including discrimination based on religion.

During his confirmation hearing, Mr. Marcus was asked by Senator Murray to “name a single example of something President Trump has said or done when it comes to discrimination or women’s rights or civil rights you disagree with.” In response, in spite of President Trump’s numerous offensive, inappropriate and widely denounced remarks, Mr. Marcus offered only “I couldn’t say, senator.” Whether this exchange reflects Mr. Marcus’ own support for the president’s statements regarding White supremacists and his attacks on marginalized American communities, or Mr. Marcus’ unwillingness to offer a critique even when he disagrees, Mr. Marcus only reinforced his unsuitability to lead the Office for Civil Rights and protect students from discrimination.

The Senate has a unique responsibility to ensure that the Department of Education faithfully and effectively implements and enforces federal laws, protects the interests of the nation’s students, and ensures that individuals nominated to serve in the department are qualified, prepared to fulfill their duties, and committed to upholding federal law and the Constitution. The person responsible for leading the Office for Civil Rights must be absolutely committed to respecting, valuing, and protecting every single student in this country—without regard to LGBTQ status, race, home language, gender, religion, disability, or immigration status. Our nation’s laws, economy, future, and children deserve no less.