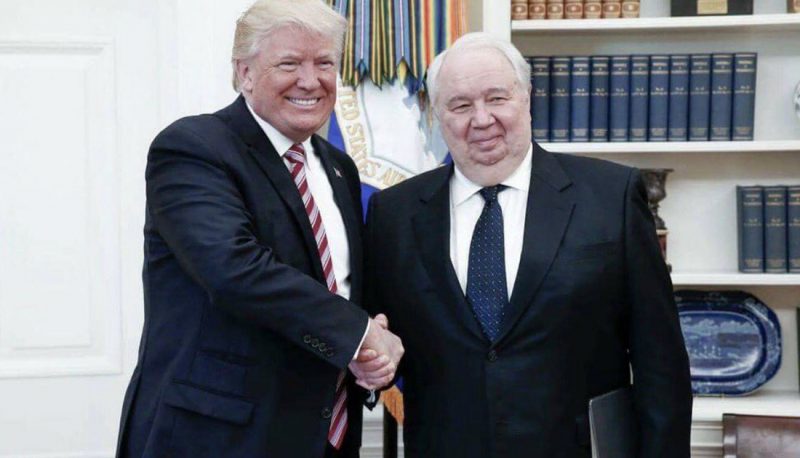 President Trump shakes hands with Russian ambassador to the U.S. Sergei Kislyak at the White House on May 10. Photo via Russian Ministry of Foreign Affairs

In the two days since the gravely disturbing announcement that President Trump fired FBI Director James Comey, People For the American Way has come out strongly on multiple fronts to call for the immediate appointment of a special prosecutor to investigate ties between the Trump administration and the Russian government.

PFAW first made clear that while Comey’s firing is a predictably Trumpian abuse of power, it is an unprecedented move over the last four decades:

Donald Trump’s decision to fire the FBI director in the midst of investigations into Trump’s own campaign is gravely disturbing. Again and again, Donald Trump has shown that he believes himself to be above the law; today’s decision by the president is as flagrant an abuse of power as anything we’ve seen since the darkest days of the Watergate crisis.

Then we asked you to join PFAW’s call for a special prosecutor to investigate Trump and Russia:

The need for a special counsel has never been more urgent. The current situation and investigation of potential collusion between the Trump campaign and Russian officials is unprecedented.

Tell Deputy Attorney General Rod Rosenstein that the time has come for him to appoint a special counsel to investigate the links between the Trump administration and Russia.

The following afternoon, PFAW joined a protest outside the White House to take our demand directly to the administration. 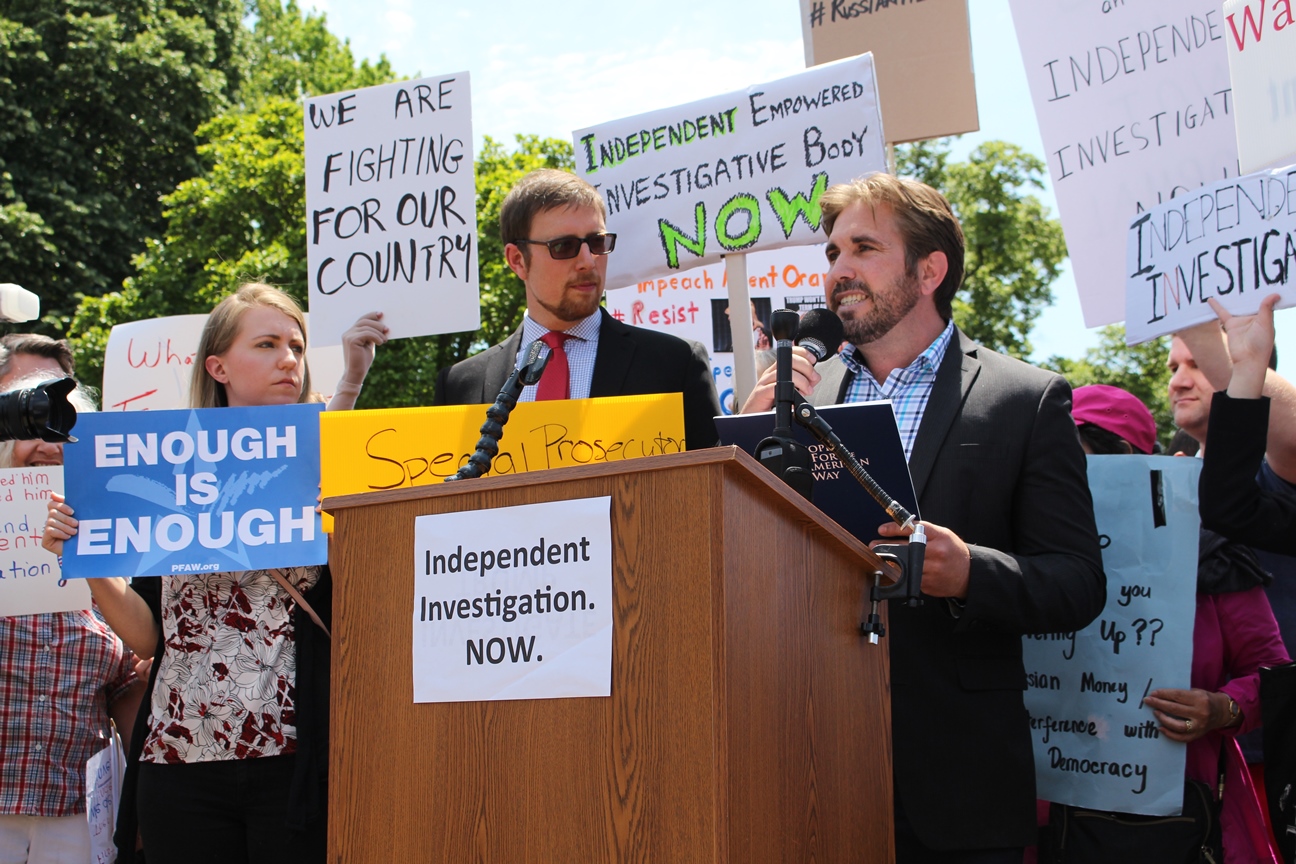 PFAW was also among two dozen pro-democracy organizations that wrote to Deputy Attorney General Rod Rosenstein to express concern over the crisis of public confidence in the Department of Justice:

The integrity and credibility of the Justice Department are at stake here. In the wake of yesterday’s extraordinary firing of the FBI Director, you need to act immediately to restore public confidence in the Justice Department and in its investigation of Russian interference in the 2016 election by appointing an independent Special Counsel to lead that investigation.

If you haven’t taken action yet, you can add your name now: stand with PFAW to demand a Trump-Russia special counsel.