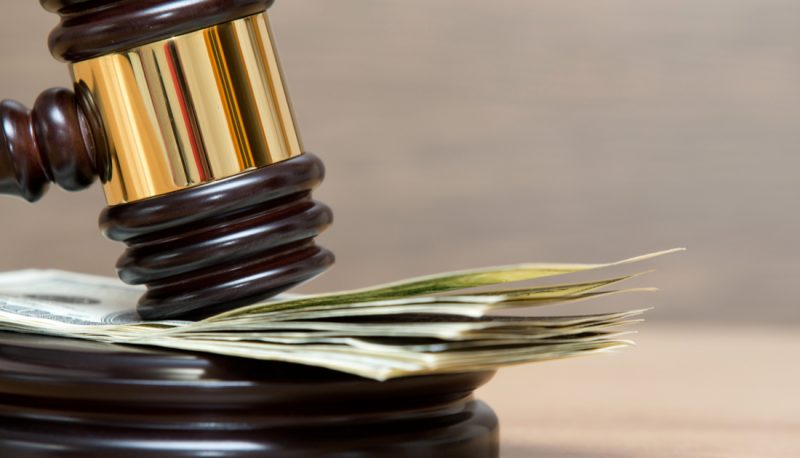 As  reported previously in this blog,  Trump judge Joan Larsen dissented from a 2-1 ruling last December reversing a judgment that severely limited punitive damages for a mother who was intentionally and improperly denied an insurance death benefit and improperly granted reduced punitive damages. In late March, the other Trump 6th Circuit judges (not including newly-confirmed judges Eric Murphy and Chad Readler) joined Larsen in disagreeing with a decision by every other judge on the court, whether appointed by a Republican or Democratic president, not to rehear the case.

The majority in the three-judge panel ruling in Tamarin Lindenberg v. Jackson National Life Insurance Company had ruled that a trial judge had improperly reduced by over $2 million a punitive damages jury verdict against an insurance company that had refused to pay insurance benefits to a mother and her children. The majority explained that a cap on such damages enacted by the Tennessee legislature “violated the individual’s right to a trial by jury in the Tennessee constitution.” Larsen dissented and would have upheld the severely reduced damages verdict. A petition was then filed with the full 6th Circuit to rehear the case.

In Lindenberg v. Jackson National Life Insurance Company, every one of the 15 active judges on the Sixth Circuit, whether appointed by Republican or Democratic presidents, declined to vote to rehear the case, except the four Trump judges on the Sixth Circuit — John K. Bush, Amul Thapar, John Nalbandian and Larsen. They argued that the full court should reconsider the case and certify it to the Tennessee Supreme Court to decide whether to uphold the damages limitation.

Judges Clay and Stranch, who issued the original 2-1 decision in favor of the Lindenbergs, explained that they were “incredulous” that the four Trump judges wanted not only to certify this case to the state supreme court, but also to establish “rigid, mechanical, and unflinching” criteria for such certification. They explained that those who wanted to rehear the case appeared to be challenging the “very jurisdiction” of the federal courts to decide questions of state law in cases involving citizens of different states like this one, jurisdiction that was based on provisions of the Constitution and federal law. These Trump judges, they went on, were apparently seeking to “ignore their constitutional obligation to exercise the jurisdiction conferred by Congress” and “engage in judicial activism in contravention of Congress’s prerogative to define the jurisdiction of federal courts.”

Fortunately, no other judges on the Sixth Circuit agreed with the four Trump judges, and the ruling in favor of the Lindenbergs stands.

Trump Judge Rules that Even US Citizens Cannot Sue Border Agents for Violating their Constitutional Rights: Our Courts, Our Fight