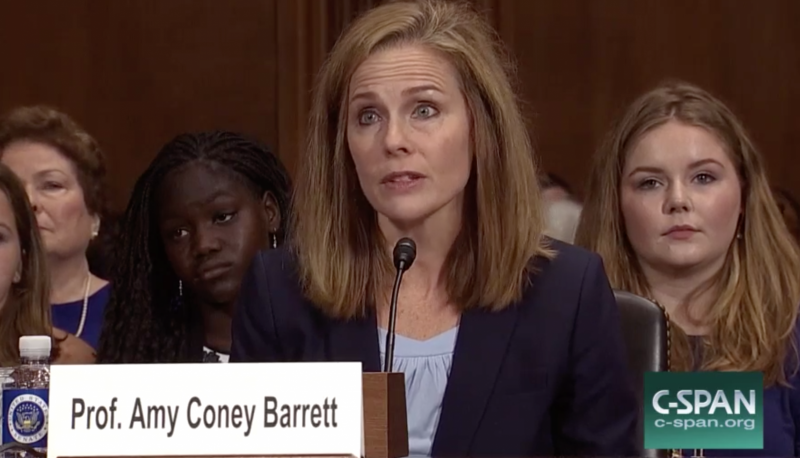 In August 2018, a three-judge panel of the Seventh Circuit, issued a ruling against the plaintiff in a case where his lawyer put his own interest before his client’s interest as a result of a state pay cut. Judge Amy Coney Barrett cast the deciding vote in the case.

Reynolds later filed a petition for habeas corpus in the Wisconsin Court of Appeals alleging among, other things, that Wisconsin violated his Sixth and Fourteenth Amendment right to counsel by ceasing to pay his public defender. Wisconsin’s failure to pay his public defender caused the attorney to stop any further investigations or leads in his appeal. Reynolds was again denied relief. Reynolds then filed a federal habeas corpus petition, alleging that the State of Wisconsin deprived him of counsel because it created a conflict of interest. The Seventh Circuit majority, including Judge Barrett and Judge Hamilton, found that Reynolds failed to meet the prejudice test established in a Supreme Court case called Strickland  v. Washington, which is “but for the counsel’s unprofessional errors, the result of the proceeding would have been different.” The Seventh Circuit found that that conflict of interest did not change the ultimate outcome of the trial.

The dissenting judge, Chief Judge Diane P. Wood, explained that Reynolds did establish that his constitutional rights were violated as outlined in another decision, which created a standard for situations where Strickland was inadequate. In a case called Cuyler v. Sullivan, the Supreme Court held that the defendant must show that an actual conflict of interest adversely impacted the attorney’s performance. Here, Reynolds’ public defender did in fact limit his work for Reynolds because he was no longer being paid by the State of Wisconsin. As Chief Judge Wood said herself, “If a lawyer puts his or her own interests first, the client is the loser.”