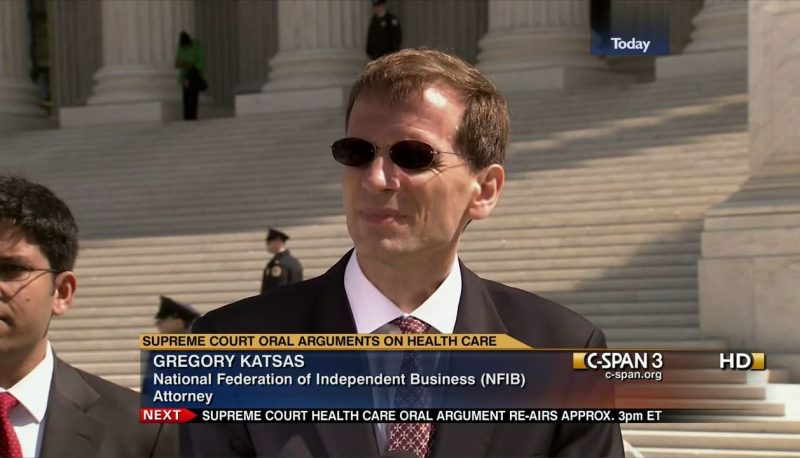 In December 2018, Trump judge Gregory Katsas of the District of Columbia Circuit was the dissenting vote in a 2-1 ruling concluding that the U.S. Department of Health and Human Services (HHS) must take action to facilitate insurance coverage for a unique feeding device crucial for individuals suffering from cystic fibrosis. The majority found that HHS’ refusal would cause irreparable harm to patients and the manufacturer of the device.

Alcresta Therapeutics, Inc. and Jonathan Richard Flath v. Alex Michael Azar, Secretary of Health and Human Services, concerns  Relizorb, an internal feeding device that enables the digestion and absorption of essential fats for people with cystic fibrosis and with pancreatic problems. Alcresta, which manufactures the device, sought to have HHS assign a separate unique Medicare billing code for Relizorb that was important to allow insurance coverage. HHS denied that request. Alcresta, along with Jonathan Flath, a cystic fibrosis patient who relies on Relizorb but cannot pay for it without insurance coverage, sued in federal district court.

Flath and Alcresta sought a preliminary injunction against HHS in district court earlier in 2018. HHS issued a separate billing code after the motion was filed, but attached indicators to that code that still resulted in denial of insurance coverage. In July, the D.C. Circuit partially granted a request for an emergency injunction. HHS took action but continued to refuse to issue an “unencumbered” separate billing code, leading the D.C. Circuit to again consider the request for a preliminary injunction.

The majority granted the preliminary injunction. They reasoned that Flath and Alcretsa proved that the absence of preliminary relief would cause irreparable harm. Flath demonstrated he could not afford to buy Relizorb without insurance coverage. Alcresta estimated its loss of sales at $15.3 million dollars in 2017 alone, with additional losses expected in 2018, all because HHS’ coding prevented use of the device by patients who need it because of the lack of reimbursement for the costs. Although monetary loss itself is generally not sufficient to show irreparable injury, the majority explained that it was “highly unlikely” that Alcresta could recover its losses from the government, and that Alcresta would “likely be forced to cease operations” without prompt relief.

Katsas’ dissent, however, argued that Alcresta and Flath must exhaust possible remedies with HHS before the merits of the claim could be considered.