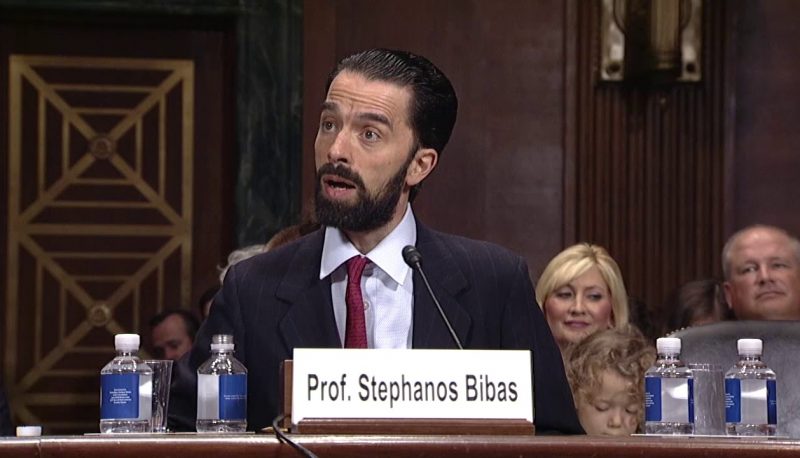 Trump Third Circuit Judge Stephanos Bibas dissented from an opinion by two other judges in December, 2018, and argued that New Jersey’s limit on the amount of ammunition in a single firearm magazine to ten rounds, aimed at decreasing the harm caused by assault weapons in mass shootings, was unconstitutional. This was despite the fact, as Bibas acknowledged, that five other circuit courts of appeals had already upheld similar laws.

In Association of New Jersey Rifle and Pistol Clubs v. Attorney General,  Judges Patty Shwartz and Joseph Greenaway issued a decision upholding a district court judgment that denied a request for a preliminary injunction against the ammunition law and concluding that it was constitutional. They explained that the law was part of the state’s response to active and mass shootings, which the legislature found had “increased by 160% from the prior decade.” They agreed that, as the district court had concluded, the law imposed “minimal burdens on lawful gun owners” and was “reasonably tailored” to meet New Jersey’s goal of “reducing the number of casualties” in “mass shootings.” Unlike in other tragic mass shootings, the ban would limit the amount of rounds that could be fired from a single weapon without reloading, therefore allowing ”victims to flee and bystanders to intervene.”

Judge Bibas vigorously dissented. He claimed that the majority was attempting to “water [the Second Amendment] down and balance it away.” The majority strongly disagreed and explained, contrary to Bibas’ charge, that it was not engaging in “balancing” or “rational basis” analysis and was not imposing an improper burden of proof on the law’s challengers. Instead, the majority explained, it and the lower court had determined that the state properly bore and met the burden of proving that the law was constitutional.

The majority also rejected Bibas’ claim that only empirical studies “demonstrating a causal link” between such limits and a reduction in mass shooting deaths could meet the state’s burden. The majority explained that other evidence was appropriate to demonstrate the “reasonable fit” that is required between the law and its goals, and that Bibas’ mandate would paralyze states like New Jersey until there were extensive studies analyzing a “statistically significant number” of mass shootings before they could take “action to protect the public.” Despite Bibas’ claim that the New Jersey legislature and the five other courts of appeal around the country that have upheld such laws were wrong, the Third Circuit majority sustained the New Jersey law.