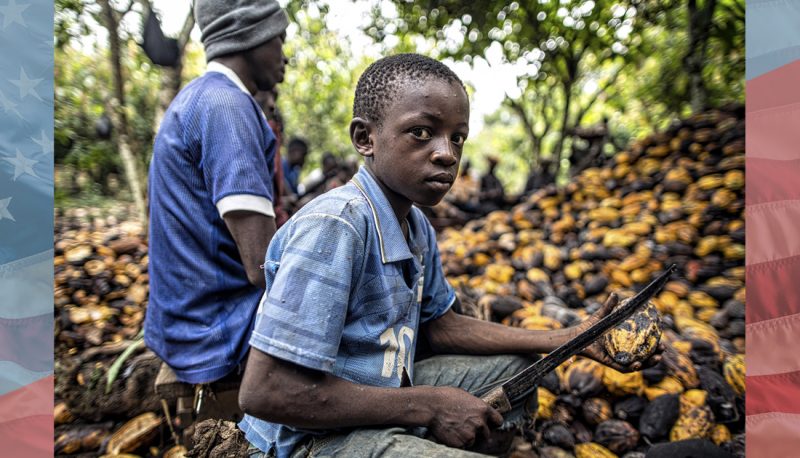 Trump 9th Circuit judge Mark Bennett wrote a dissent from the denial of full court review in Doe v. Nestle and argued that Nestle and another large U.S. corporation could not be sued for aiding and abetting the use of child slave labor to produce cocoa in Africa. Although a majority of the judges who considered the issue declined to grant rehearing of a panel decision that ruled that the corporations could be liable, Trump 9th Circuit judges Ryan Nelson and Bridget Bade, along with six others, joined all or part of Bennett’s dissent.

A number of former child slaves who were forced to work on cocoa farms in the Ivory Coast filed suit against Nestle USA, Cargill Incorporated Company, and other defendants. Under the Alien Tort Statute (ATS), they contended that these U.S. corporations aided and abetted in the U.S. the child slave labor in Africa. A three-judge panel of the 9th Circuit described the child slavery on cocoa farms as a “pervasive humanitarian tragedy.” The plaintiffs had been “kidnapped” and “forced to work” on the cocoa farms “for up to fourteen hours a day without pay.” They also witnessed the “beating and torture” of other child slaves who tried to escape.

When the suit was originally filed more than a decade ago, the complaint also alleged specific misconduct abroad, including by foreign corporations. The Supreme Court has since limited the ATS in a series of 5-4 decisions, however, ruling that foreign corporations cannot be sued under ATS and that ATS misconduct must “touch and concern” U.S. territory. Based on these decisions, a district court dismissed the Nestle complaint as a matter of law regardless of the facts.

In 2018, a three-judge panel of the 9th Circuit reversed and ruled that the former child slaves could proceed with their claims against Nestle and Cargill. The court explained that the Supreme Court’s limitations on ATS “did not eliminate all corporate liability” under the law, and that previous decisions recognizing such corporate responsibility should be followed unless the Court had ruled otherwise. Other courts had specifically ruled that aiding and abetting conduct in the United States can violate ATS even though the “principal offense” – in this case, child slavery – took place overseas. As the panel explained, inside the U.S., Nestle and Cargill made or approved every “major operational decision” concerning the U.S. market. That included providing financial support, “tools, equipment, and technical support” to farmers who use child slave labor, as the two corporations were “well aware.” In fact, the court pointed out, the thrust of the complaint was that “defendants depended on – and orchestrated – a slave-based supply chain.” The panel sent the case back to the lower court so that the former child slaves could pursue their claim, including amending their complaint to accord more closely with recent Supreme Court decisions.

Nestle and Cargill tried to have the panel’s decision reconsidered. A majority of the active judges on the 9th circuit said no, but Trump judge Bennett dissented, joined by Trump judges Nelson and Bade and six others.

Bennet argued that the panel decision should be reconsidered and that the 9th Circuit should rule that “corporations may not be sued under the ATS.” Although conceding that the Supreme Court had “expressly left open” the question of whether domestic corporations could be sued under ATS, he claimed that five justices had “strongly suggested” that they could not and that the 9th Circuit should hold that domestic as well as foreign corporations are “clearly not proper ATS defendants.” He also asserted that all “relevant conduct” took place overseas, and that the former child slaves should not be permitted to amend their complaint, even though a key Supreme Court decision he relied upon had happened just last year.

The panel decision and other courts and commentators have explained what is wrong with Bennet’s assertions. As one international law expert has explained, in accord with the panel decision, the Court’s 2018 decision “preserves” possible ATS liability of domestic corporations, since four justices maintained that either domestic or foreign corporations were subject to ATS and two others “joined only those parts” of the majority opinion concerning foreign corporations and wrote concurrences that “emphasized the differences” between ATS suits against foreign and domestic defendants. In fact, several lower courts outside the 9th Circuit have rejected the claim that the 2018 decision bars ATS liability of domestic corporations. The panel similarly pointed out that other courts have ruled that ATS includes “aiding and abetting” conduct in the U.S. similar to what Nestle and Cargill had allegedly done, and that allowing amendment of court papers to “accommodate changes in the law” is “common practice.”

Even Bennett conceded that the child slave labor practices alleged in the complaint were “clear, egregious, and terrible violations” of “basic human rights.” But according to his view, joined by several other Trump judges and others, domestic corporations should not be liable at all for aiding and abetting such misconduct. Fortunately, at least for now, Bennet’s view is not the law, and the former child slaves will have the opportunity to prove their claims.