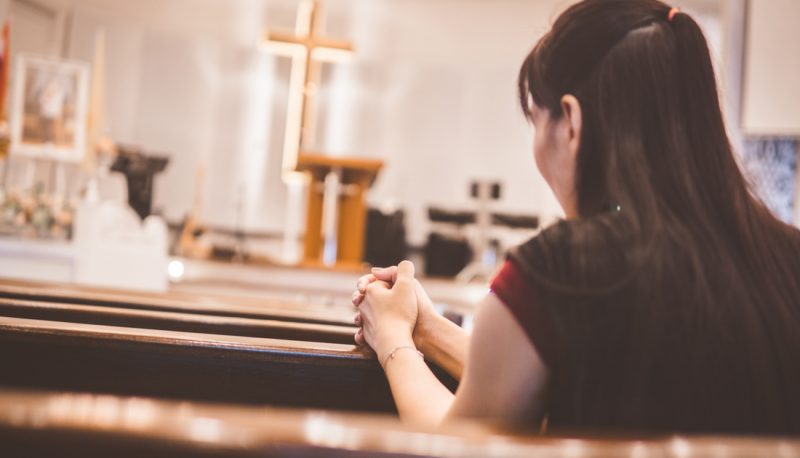 By Puwadon Sang via Shutterstock

In an April 2019 case in the Ninth Circuit, Trump judge Mark Bennett wrote a dissent that would have made it harder for victims of persecution abroad to be granted asylum. The legal question in Hao Lin v. Barr was whether a practicing Christian from China had demonstrated a well-founded fear that he would be persecuted for his religion if forced to return.

To gain asylum, Hao Lin had to show immigration authorities that (1) he had suffered past persecution and that (2) he had a well-founded fear of future persecution. The Board of Immigration Appeals (BIA) concluded that Lin had not done either.

On appeal, all three judges on the Ninth Circuit panel disagreed with the BIA on the matter of past prosecution. Lin had been arrested and detained for 15 days, during which time he was subject to interrogation and physical abuse. He lost his job, and Chinese authorities threatened him with more harm if he was arrested again for practicing his religion. All three judges agreed that this rose to the level of past prosecution.

But they reached different conclusions on whether his fear of future persecution was well-founded. In ruling for Lin, the majority cited circuit precedent that

[t]he reasonableness of the fear must be determined in the political, social and cultural milieu of the place where the petitioner lived, and even a ten percent chance of persecution may establish a well-founded fear.

Precedent prohibits the court from reversing the BIA on this finding unless the applicant presents evidence that compels the conclusion that the BIA’s decision was incorrect. Lin had done just that, the majority concluded. Before he left China, authorities had threatened him with more harm if he were to be arrested again for practicing his religion. And after he left, the police told his parents that he should turn himself in should he return.

In addition, Lin had filed reports on the conditions in China for practicing Christians. He had documentation that proselytizing in public is not permitted, and that Chinese authorities still regularly harass and detain small groups that meet for religious purposes in people’s homes and other locations. The reports also demonstrated that adherents of both registered and unregistered religious groups in China were physically abused, detained, arrested, tortured, sentenced to prison, or harassed for their religious beliefs and practices.

The panel majority concluded that no reasonable factfinder could possibly conclude that Lin would have less than a 10 percent chance of future persecution in China.

But Judge Bennett disagreed, writing that the evidence was not strong enough to compel such a finding. He diminished the relevance of the reports on religious repression in China because they did not highlight any examples from the particular region Lin was from. But the majority pointed out that the reports are not meant to be exhaustive lists of every major incident of persecution, and that they specifically state that religious persecution occurs throughout the country.

Bennett concluded that Lin’s case was undercut by the fact that after he was arrested, he was able to attend house church gatherings at the same house two times without incident, and that the group continued to meet even after the house church leader was arrested. But as the majority noted, circuit precedent directs that even a 10 percent chance of persecution is enough to establish that an applicant’s fear is reasonable.

Bennett did note, however, that the existence of past persecution creates a legal presumption of future prosecution, and that the burden will be on the BIA on remand to rebut that presumption. Nevertheless, had Bennett’s dissent carried the day, it would have made it harder for Hao Lin to receive asylum and practice his religion without fear of persecution.

The impact of judicial decisions on asylum petitions is of enormous importance, especially as more people are fleeing their homes in Latin America and seeking asylum at the southern border of the United States. With the Trump administration’s hostility to these individuals and families, we must be able to rely on our judicial system to ensure they are able to exercise their rights under the law.