The Senate Judiciary Committee today held a hearing for the first of President Obama’s three recent nominees to the DC Circuit Court of Appeals, attorney Patricia Ann Millett. Republican committee members, having no actual objections to Millett’s qualifications, used the opportunity to grandstand about what they see as the enormous injustice of a Democratic president nominating people to open seats on the federal judiciary.

Chief among the grandstanders, of course, was Sen. Ted Cruz of Texas, who spent most of his time telling Millett that Republican opposition to her nomination has nothing to do with her and has everything to do with President Obama’s supposed effort to “pack” the DC Circuit.

Very little of what he said had any basis in reality. He started out by claiming that the DC Circuit is currently “evenly divided” between Democratic and Republican nominees  and that President Obama and Democrats are now trying to “pack the court” with Obama’s nominees: 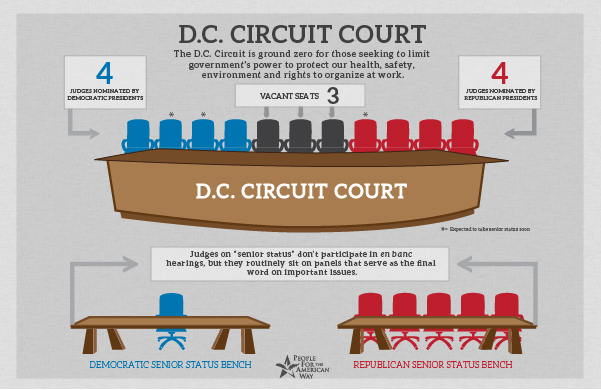 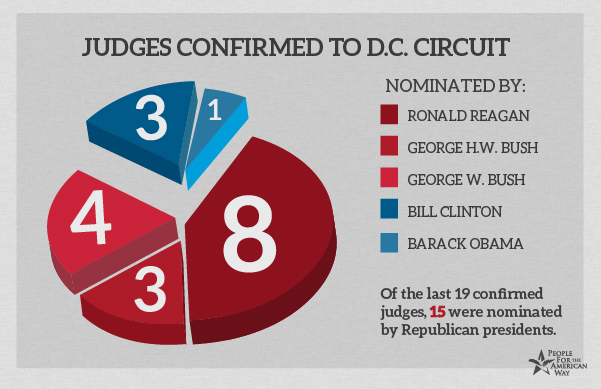 Cruz continued, insisting that President Obama is trying to “pack” the court because it is “holding this administration accountable, and in particular, holding rule-making accountable that has been contrary to federal law”:

What Cruz is referring to is the fact that the D.C. Circuit is currently dominated by right-wing Republican nominees, who have delved into far-right legal theory to strike down common-sense protections for workers, consumers and voters – you can read about some of their most appalling decisions here. President Obama is not trying to “pack” the court to get the decisions that he wants, as Cruz alleges. Instead, he is using his mandate from American voters to pick judges who will restore some ideological balance to one of the farthest-right courts in the country.

Finally, Cruz declares that his objections to Millett have nothing to do with her “very fine professional qualifications” and instead have to do with too much “partisan politics” in judicial confirmations – partisan politics which he seems to have very little interest in putting aside.

Because I think  partisan politics has driven this committee’s approach to the DC Circuit for over a decade. And I think that’s unfortunate, I would rather see a situation where able judges are confirmed irrespective of that. But it is not consistent with our responsibility to let one party prevent qualified judges from going to the court, and at the same time to enable packing the court to reach preferred outcomes. So I thank you for being here, and I think it’s regrettable, the overall context of this dispute, which as I said is irrespective of your very fine professional qualifications.

So, Cruz is refusing to support Millett, who he thinks is unquestionably qualified for the job, for purely political reasons… because he thinks the judicial nominations process has become too politicized.