This past weekend something truly historic was set in motion. The 2016 Democracy Awakening was a first-of-its-kind event, uniting multiple movements working to promote voting rights and  money in politics reform as well as advocating for fair consideration of the president’s nominee to the Supreme Court. Environmentalists, social justice advocates, organized labor, and communities of faith all came together to demand a government that works for everyone, not just those with the biggest bank accounts who can buy access and influence at the expense of everyone else. 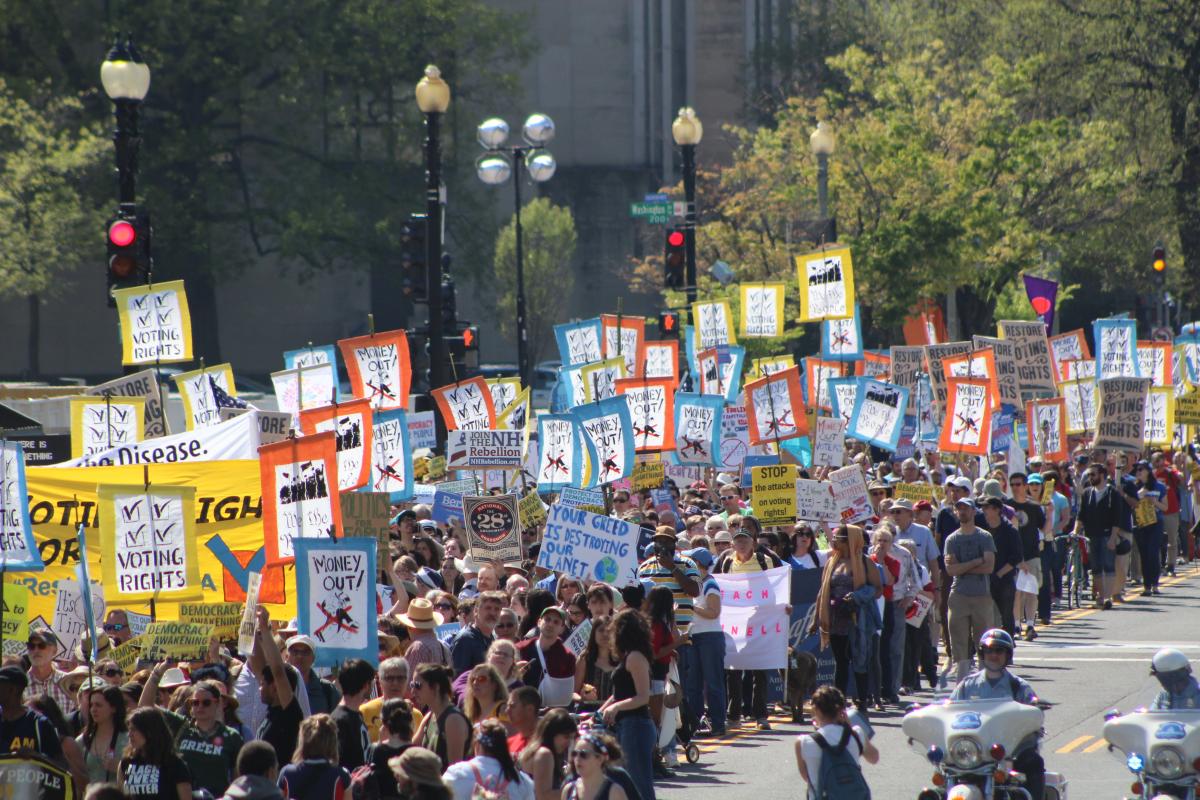 The Democracy Awakening began on Saturday, April 16, with a day of workshops, trainings and film screenings and concluded on Monday April 18th with a Congress of Conscience where hundreds of people were arrested on the steps of the capitol as a massive crowd rallied alongside in solidarity. The Democracy Awakening peaked on Sunday afternoon, with a rally with thousands in attendance on the National Mall followed by a march in front of the Capitol and Supreme Court. Chants of “Money Out, People In” and “Do Your Job”  could be heard reverberating off federal buildings as marchers took over the streets. 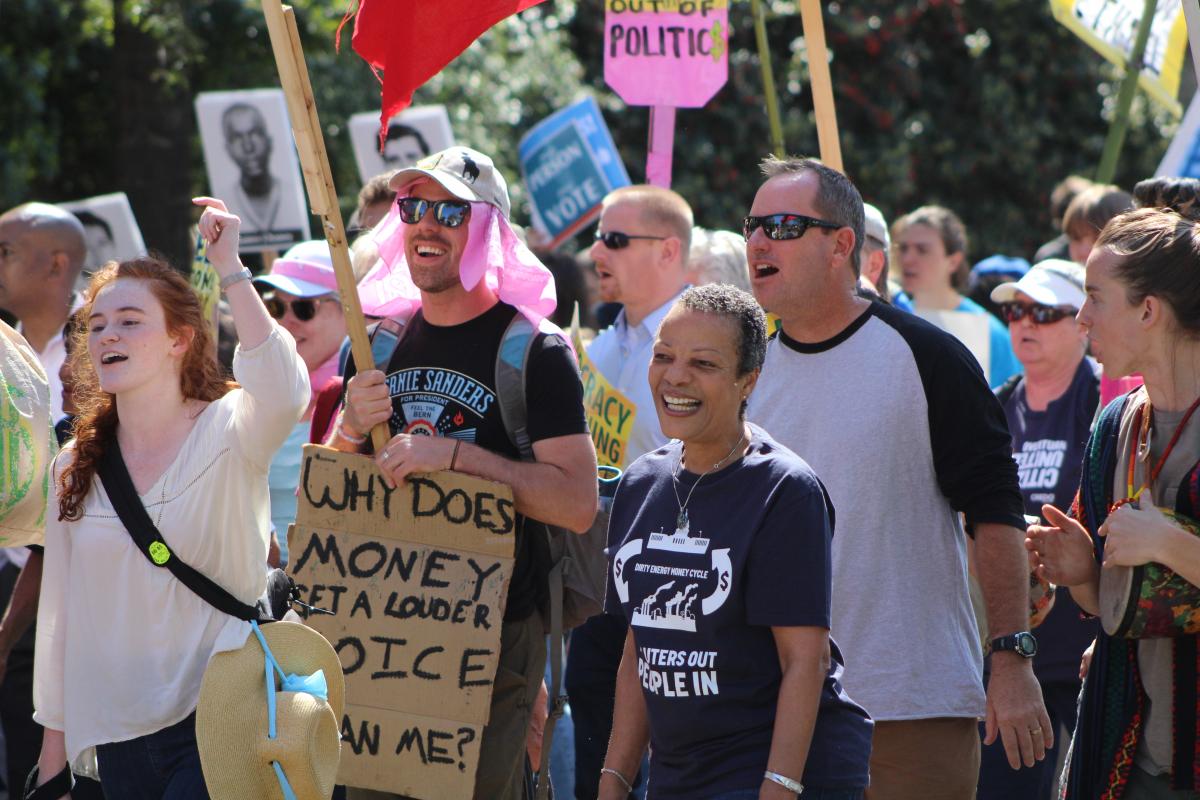 More than 300 organizations came together to participate in the Democracy Awakening and promote it to their members, demanding that Congress pass four particular bills, two that promote voting rights and two that promote money in politics reform. Additionally the Democracy Awakening demands that the Senate give fair consideration to the President’s Supreme Court nominee, which means hearings and an up-and-down vote.  Many of the organizations that collaborated on this event had previously never worked together, and there is a collective sense that things are just getting started, and that we won’t stop until we have a government that is of, by and for the people.