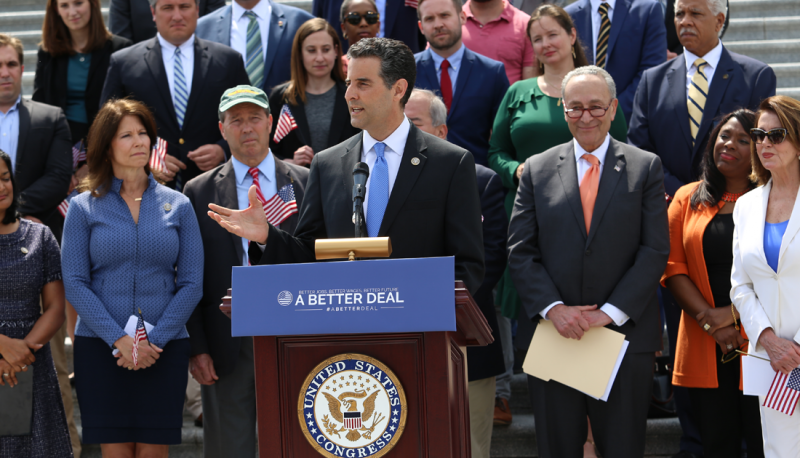 On Monday Democratic leaders from both the House and Senate introduced the “A Better Deal for Our Democracy” reform package designed to address voting rights, government corruption, and big money in politics—the selling out of our democracy to powerful special interests. With jaw-dropping examples of ethics violations, abuses of power, and conflicts of interest unfolding in the Trump administration, these reforms are needed more now than ever.

At an introduction event in Congress, House Democratic Leader Nancy Pelosi, Senate Democratic Leader Chuck Schumer, and nearly a dozen other lawmakers spoke about the disillusionment that millions of Americans feel as a result of special interests hijacking the system to their own benefit, and about the importance of these “Better Deal” reforms to the future of the American political system and our democracy as a whole.

The “Better Deal” democracy reform package includes voter empowerment measures, a proposed constitutional amendment to overturn Supreme Court decisions like Citizens United, small donor public financing of elections, and new proposals to limit the outsized influence of corporate special interests and lobbyists, strengthen ethics and campaign finance requirements, and crack down on secret money and foreign money in our elections. PFAW has signed on in support of this package, working with a broad coalition of partners to build momentum for the eventual passage of these bills.

With the midterms rapidly approaching—and growing national outrage about the absurdly corrupt practices of the current administration—it’s essential that these reforms be made known to Americans across the country and implemented in our democracy.

You can watch the entire event here.