ALEC is a far-right organization that connects corporate executives to policy makers in order to craft and enact state-by-state legislation that raises corporate profits while stomping on the rights and economic prospects of working families. For instance, ALEC is behind Arizona’s anti-immigrant SB 1070 law and the “Stand Your Ground” law in Florida that helped George Zimmerman to walk free.

At the protest, more than a thousand participants from faith communities, labor unions, environmental groups, immigration groups, and more proclaimed that ALEC corrupts democracy by allowing corporations to – literally – buy a seat at the table with state legislators.  Common Cause President Miles Rapoport described the ALEC meeting as “a festival of closed-door deal-making by politicians, corporate executives and lobbyists. They gather to do the public’s business in private, fashioning legislation that undercuts the public interest.”

Civil rights leader and People For the American Way board member Dolores Huerta revved up the crowd, telling activists, “The only way we can stop [ALEC] is to go back to our communities, we’ve got to organize. People do not know how perilous this organization is. Let’s say ‘abajo (that means down) con ALEC!’” 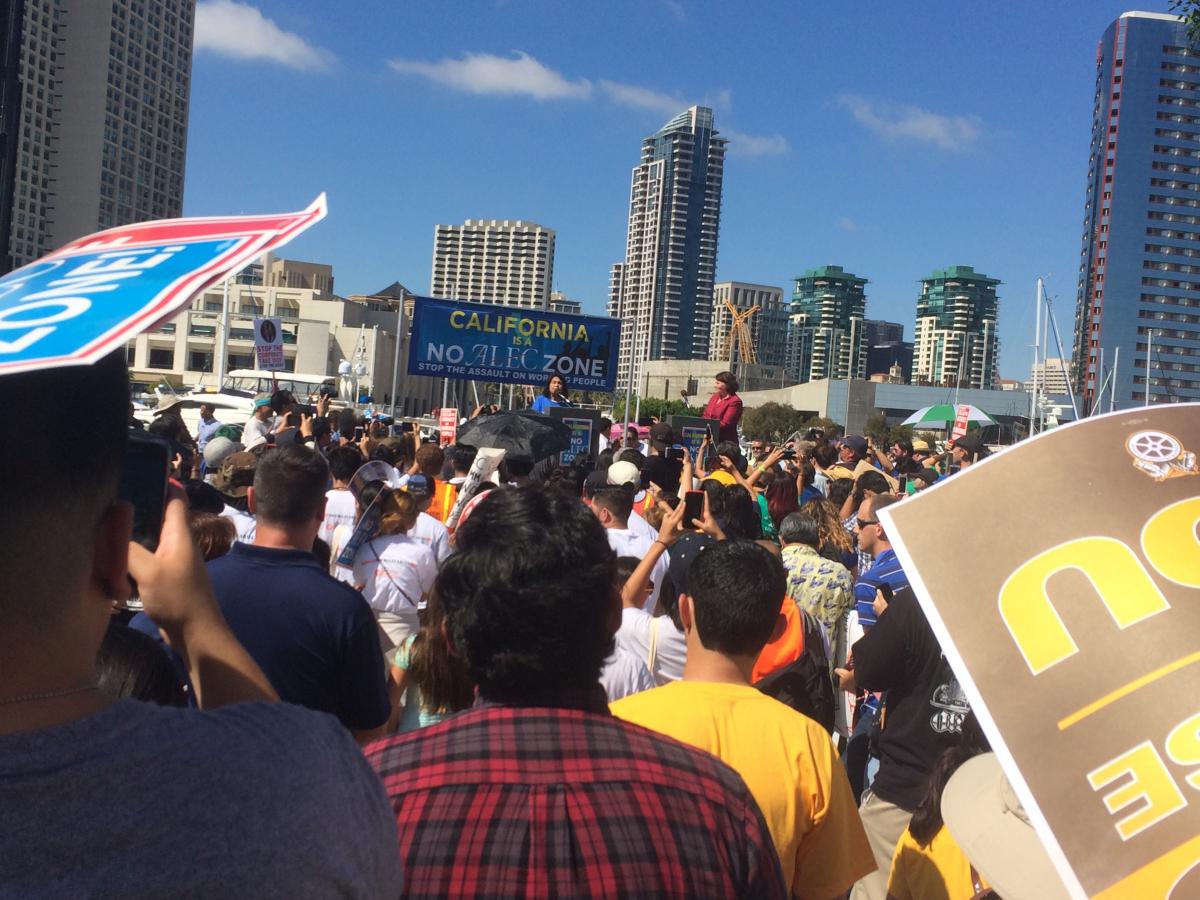 After Huerta’s speech, activists – including a Young Elected Official (YEO) with the YEO Network, a project of People For the American Way Foundation – sought out Huerta to introduce themselves and share the work they're doing in their communities. 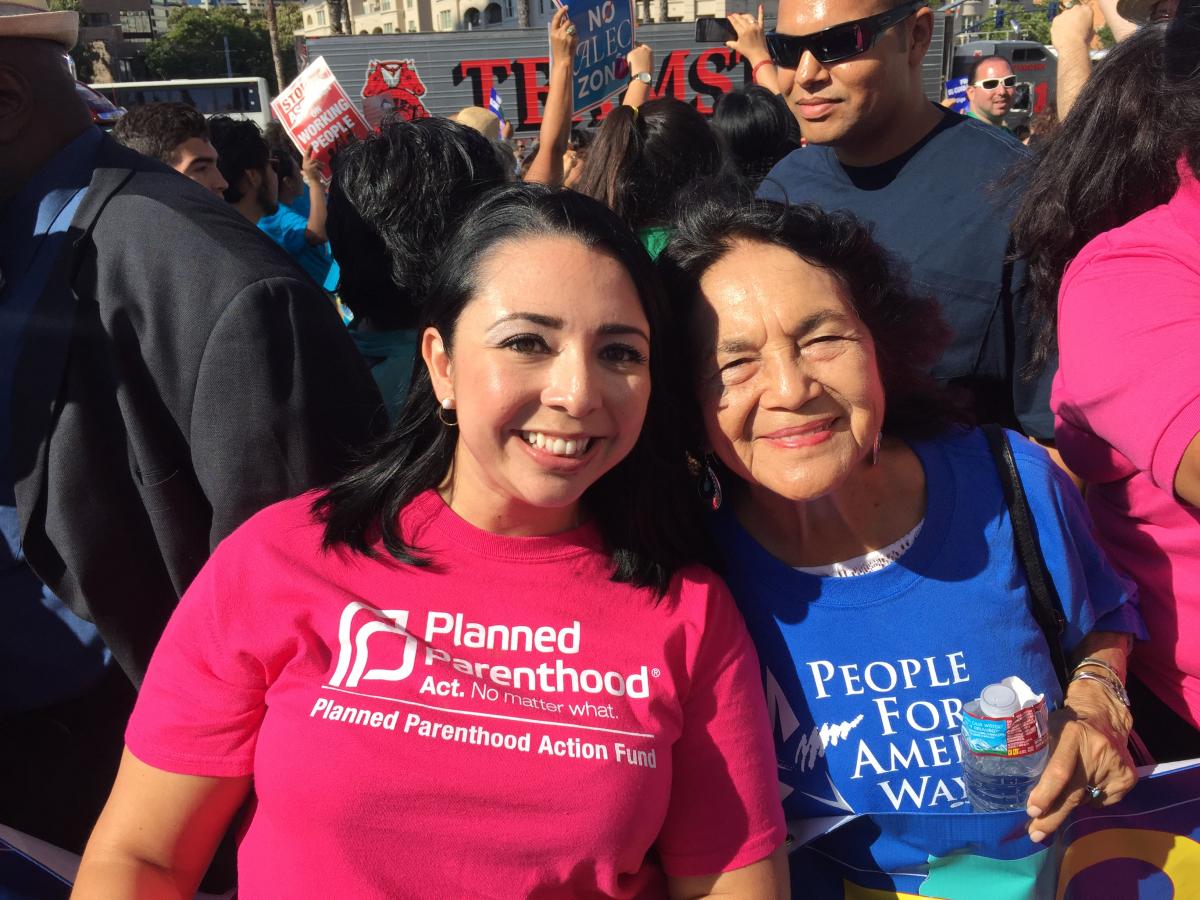 Activists then walked to the hotel where the ALEC meetings are being held to continue the protest. Huerta and others highlighted the message that Republican presidential candidate Scott Walker – who spoke this morning at the conference – and ALEC are unified in their support for corporations at the expense of working families. 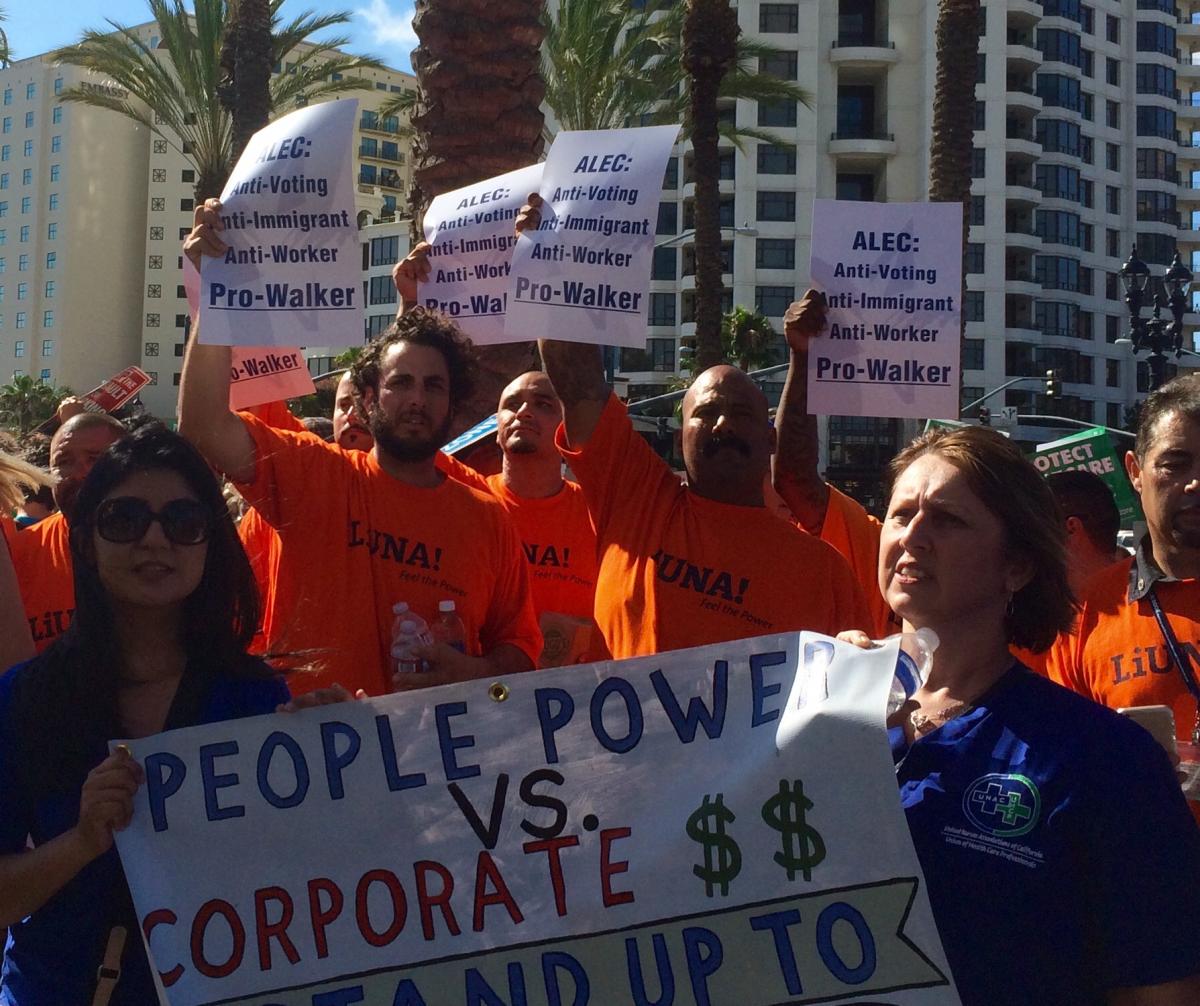 In addition to participating in the rally, PFAW released Spanish- and English-language digital ads criticizing Walker for his alliance with ALEC. The Huffington Post also published an opinion piece yesterday by Huerta that details the anti-immigrant, anti-worker efforts of ALEC and how Walker has a long history of partnering with ALEC.

Learning the Lessons of the Latino Vote