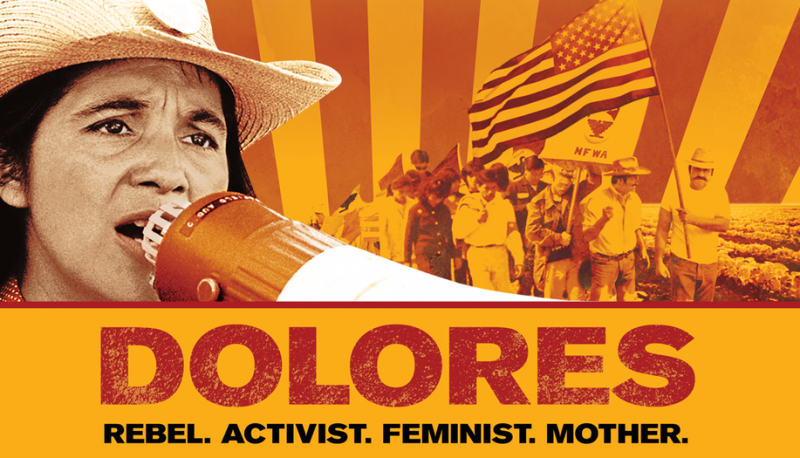 “Dolores Huerta” is a name that should be in the news and all of our history books—but unfortunately the leadership and contributions of women of color have been too often overlooked or written out of history. A new documentary called “Dolores” aims to highlight Huerta’s life and legacy, including her work co-founding the United Farm Workers (UFW) and serving as one of the most vocal feminists of the 20th century.

The critically acclaimed film, produced by Carlos Santana and directed by Peter Bratt, tells a story of a woman who led a movement that changed the course of American history. Chronicling Huerta’s life from her childhood in Stockton, California, to her early years with UFW and her role in the wider progressive movement, the movie teaches viewers about the innovative strategies Huerta and her fellow activists used to overcome setbacks in their groundbreaking organizing. Featuring interviews with Gloria Steinem, Luis Valdez, Angela Davis, Huerta’s children, and more, the movie gives viewers an intimate look into the sacrifices of Huerta and her family.

In a time when fighting for progressive values can be discouraging, learning about Huerta’s battles against some of the most powerful people in the country, from prominent business people to the president of the United States, is truly inspiring. Huerta’s work for justice continues to this day, including her tireless work engaging Latino voters as a member of PFAW’s board of directors.

“It’s great to see Dolores getting her due as one of the most effective civil rights leaders of our time,” says PFAW President Michael Keegan. “We are fortunate that she has been a force for PFAW, and now people can learn about her incredible history.”

You can watch the movie free-of-charge here.