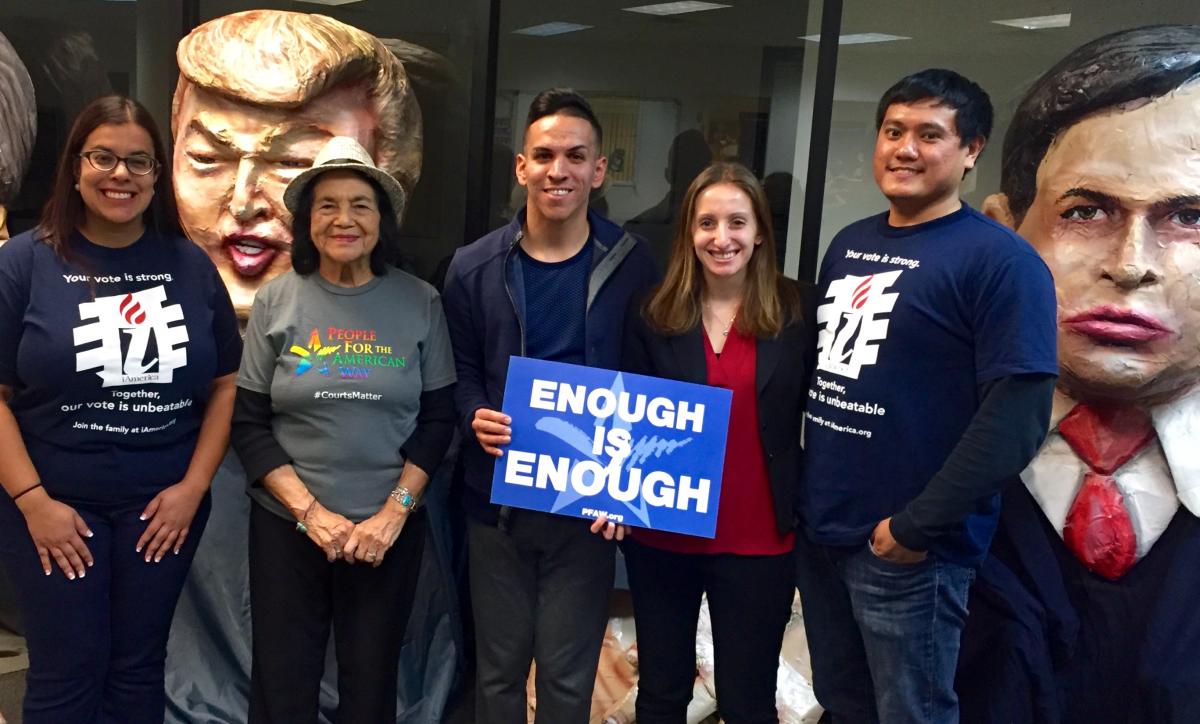 Her first stop was a Latino voters and leaders roundtable where she addressed the Republican candidates’ far-right platforms on a number of issues, including the environment, immigration, the minimum wage, and women’s health.

Huerta also headlined a press conference with unions and progressive organizations, and a #NoHateDebate rally outside of the debate. As the leading Nevada newspaper, the Las Vegas Review-Journal, reported, “Presidential Medal of Freedom recipient and civil rights champion Dolores Huerta said ‘there's a war going on’ against women, labor unions and the environment, and it's being waged by the candidates who will take the stage in Las Vegas Tuesday night and their respective party.”

Watch her speech at the #NoHateDebate rally:

Mobilizing voters in Nevada will be a key to Democrats winning the White House in 2016. In 2008 and 2012, Obama won Nevada, but in the 2014 elections, Republicans won up and down the ticket. The state is one of the targets for PFAW’s Latinos Vote! program that works to expose and counter anti-immigrant and anti-Latino rhetoric and policies, as Nevada Latinos could be the margin of victory for Democrats in Nevada in 2016. While in 1994 Latino voters were just 5% of the electorate, they’re now 15% of the voting population. By speaking directly with Latino voters and to local media, Huerta was able to address how important the Latino vote will be in Nevada and the dangerous threat that the Republican presidential candidates pose to Latino and immigrant communities.