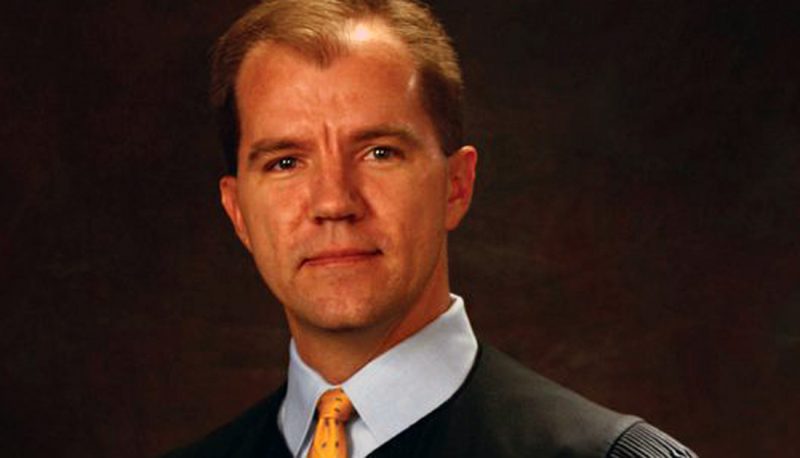 Trump Fifth Circuit judge Don Willett cast the deciding vote to reverse a trial judge and dismiss a lawsuit against a police officer for his involvement in the death of a man with mental disabilities. The February 2020 case is Keller v. Fleming.

In 2015, three countywide police officers in Mississippi stopped to question Gerald Simpson after spotting him wandering in the middle of a highway. Simpson was questioned by the Attala County Sheriff’s department, but officers could not understand him due to his incoherent speech. The officers decided to drive him home, but instead Simpson got into a car with just Deputy Darrin Fleming, who dropped him off far from his home on the side of a road just outside Attala County. Fleming later testified that when he dropped Simpson off, “there was barely enough daylight to see someone walking,” although it was not yet dark. Later that night, as he was walking on the road, Simpson was struck and killed by a car.

Simpson’s family filed a wrongful death lawsuit against Fleming and others, contending that their conduct was improper and clearly helped cause Simpson’s death. Fleming and the other defendants filed motions for summary judgment to dismiss the case, claiming that they undertook the conduct as part of their duties and should be protected from any liability by qualified immunity. As to Fleming, the district judge ruled that there were genuine issues of material fact that should be resolved by a jury.

Fleming appealed to the Fifth Circuit. In a 2-1 decision in which Willett cast the deciding vote, the appeals court reversed the trial judge and ruled that Fleming should get qualified immunity and the case against him should be dismissed without a trial

Judge James Dennis strongly dissented. He noted that all three judges agreed that Fleming had violated Simpson’s Fourth Amendment rights by seizing him and driving him out of Attala County, apparently pursuant to an unwritten policy of “ousting those perceived as vagrants.” The majority claimed that these Fourth Amendment rights were not “clearly established” at the time of the incident, but Dennis explained that under relevant case law, there was “simply no legitimate government interest against which to balance the significant intrusion posed by Deputy Fleming’s decision to seize Simpson and dump him in the next jurisdiction without his valid consent.” Every “reasonable officer,” Dennis went on, “would have understood that seizing” and dumping Simpson under these circumstances was “arbitrary and unreasonable.” Simpson’s family should have had the opportunity, Dennis concluded, to prove to a jury that Fleming’s misconduct helped cause Simpson’s death.

All people, including those in law enforcement, should be held liable for such behavior that, in this case, caused a vulnerable man to die. But as a result of Willett’s deciding vote, Simpson’s family will not be able to hold Fleming accountable for his wrongdoing or achieve  justice for their loss. In addition, other people who are similarly harmed by such misconduct in the future will likely have little or no recourse in the Fifth Circuit.

Note: An initial draft of this post was prepared by PFAW legal intern Oliver Telsuma.