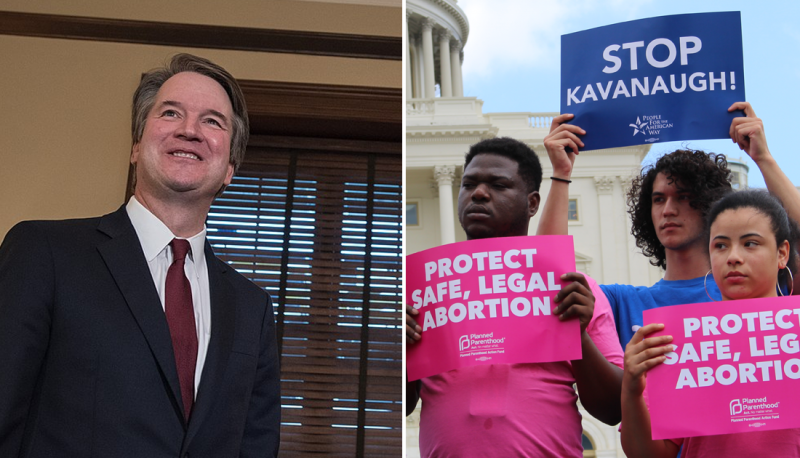 When the Supreme Court announced its determination not to review two decisions favoring Planned Parenthood on December 10, some headlines proclaimed that “Brett Kavanaugh sides with liberal justices in declining” to hear them. Senator Susan Collins has said that she now feels “vindication” for her vote in favor of Kavanaugh. But neither Sen. Collins nor we should be fooled into thinking that this vote means that Kavanaugh has abandoned his anti-reproductive choice views or his interest in overturning important Court precedents. To the contrary, another vote by Kavanaugh to review a different case on the very same day shows his continuing attraction for reversing prior Court decisions that have been important in protecting people’s rights.

The Planned Parenthood cases were rulings by the Fifth and the Tenth Circuit Courts of Appeals that upheld temporary injunctions that prohibited Louisiana and Kansas from terminating Planned Parenthood’s ability to serve Medicaid patients while lawsuits challenging that attempted termination by clinics and their patients were underway. Neither ruling related directly to abortion, and neither held that states cannot exclude Planned Parenthood from their lists of accepted Medicaid providers. Both simply ruled that patients had to get a chance to challenge the termination in court.

While it is true that three of the Court’s most right-wing justices (Thomas, Alito, and Gorsuch) did vote to hear the case, and that the lower court decisions did favor Planned Parenthood, Kavanaugh’s decision not to provide the necessary fourth vote to hear the cases means nothing about his views on reproductive choice and related issues. Some observers have suggested that it illustrates that Kavanaugh has “laid low after his divisive confirmation hearings”. In fact, one disappointed anti-abortion group specifically pointed out that “there are other similar cases” in the lower courts which the Court (aided by Kavanaugh) may decide to review in the future.

On the same day that it announced it would not hear the Planned Parenthood cases, however, the Court accepted for review a lower profile decision that could have far-reaching consequences. In 1997, a unanimous opinion written by Justice Scalia in Auer v. Robbins held that courts should generally defer to an agency’s interpretation of its own regulations. As with the Chevron doctrine of deference to agencies’ interpretations of statutes, which progressives have noted has been extremely important to the “ability of federal regulatory agencies to protect public health and safety,” Auer has been severely criticized by some far-right justices and business groups for giving federal agencies “too much power.” As recently as late March, before Kavanaugh’s confirmation, the Court declined to review a different case that specifically asked whether Auer should be overruled. But on December 10, with Kavanaugh now on the Court, there were at least four votes to accept and review a sympathetic case involving a Marine veteran that presents the very same question.

It is far too early to tell what the Court will do with respect to overruling Auer. And in the short run, a ruling that courts should not defer to administrative agencies’ interpretations of their own rules may help progressive causes under the Trump Administration But in the longer run, such a ruling could significantly harm Americans by advancing Trump’s plan to appoint judges who will help weaken federal agencies’ authority and roll back the New Deal.

Kavanaugh’s vote to hear that case sends a very disturbing message that—just as his critics predicted—he’s not averse to overturning important precedents in order to push his ideological agenda.

We must not be fooled by occasional determinations by Kavanaugh and the Supreme Court not to hear some cases. Our primary focus should be on the cases that the Court decides it will hear and on the results in those cases, which are yet to come.