Last week, PFAW’s Government By the People campaign coordinator Rio Tazewell joined Food and Water Watch, along with a dozen partner organizations, in delivering more than 350,000 petitions in support of the Protect Our Public Lands Act. This bill would outlaw the controversial practice of hydraulic fracturing for natural gas, commonly known as “fracking”, on federally-owned lands. In his remarks, Tazewell highlighted the importance of connecting the dots between issues like protecting our public lands and the influence of unchecked, unlimited and undisclosed money in our elections, as well as the need for an amendment to overturn Supreme Court decisions like Citizens United. 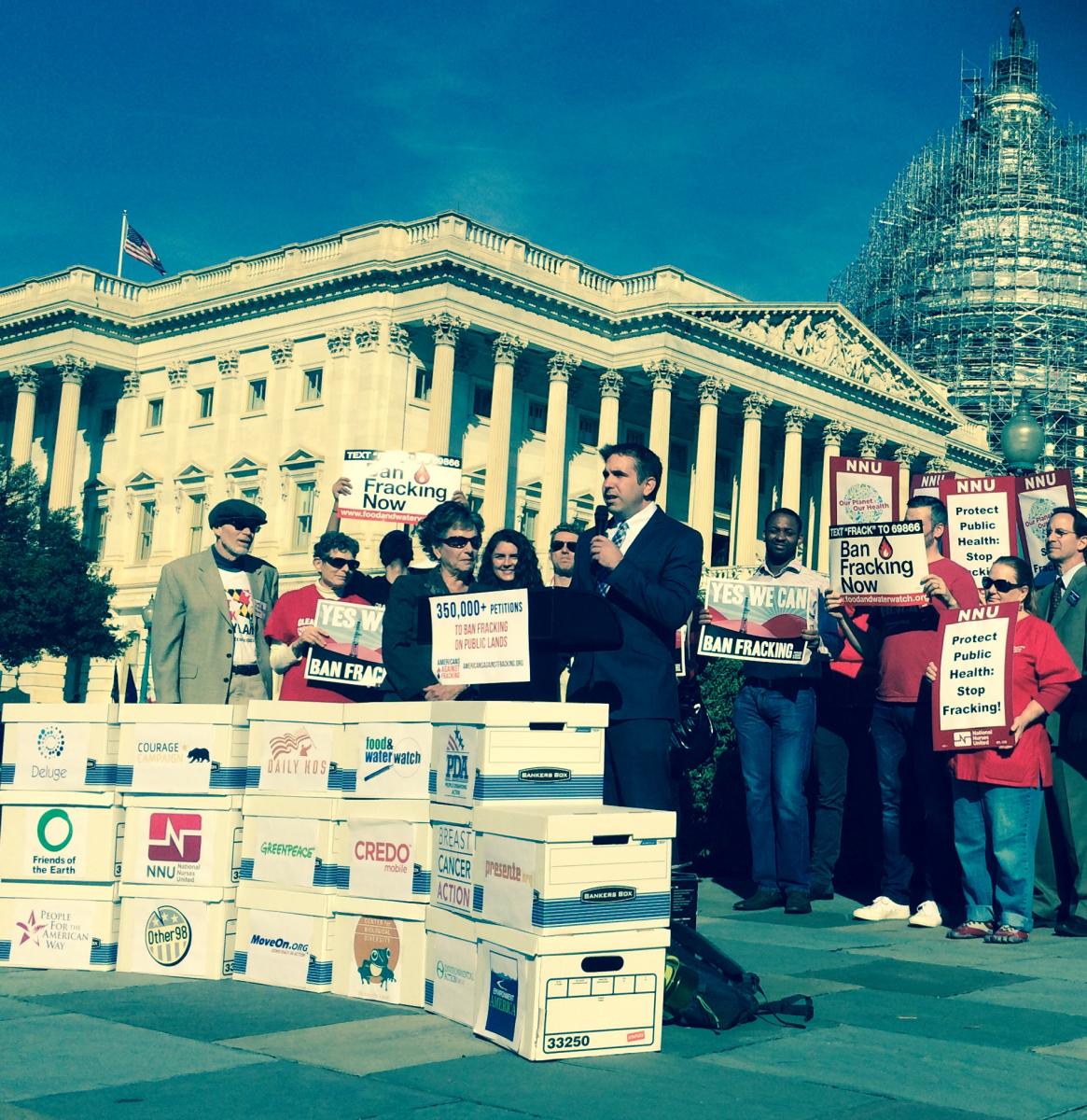 If scientific and public opinion were the driving forces in Congress, this bill would likely be passed with little resistance. But given that big money and corporate interests have rigged the electoral process to gain undue influence on the legislative process, reform organizations have to work even harder to advance commonsense legislation. Passing the Protect Our Public Lands Act would be a significant step toward ensuring a more sustainable country for all Americans to enjoy, present and future.

The groups represented in the petition delivery understand that in order to protect our public lands from the perils of fracking we must also address an underlying problem: too much corporate special interest money flowing into our elections. Fortunately organizations are already mobilizing around a set of solutions to address this issue. First and foremost, we need an amendment to the Constitution to reverse Supreme Court decisions like Citizens United. A monumental effort like amending the Constitution will require extensive cross-issue organizational collaboration, and last week’s petition delivery built on the foundation of what is becoming a broad movement to address the influence of big money in politics.