The Senate began its proceedings today with 20 highly qualified judicial nominees waiting for a floor vote, most of them completely unopposed in committee yet languishing on the floor for over three months. Eleven would restore justice to empty courtrooms in areas where judges are so overworked that the Administrative Office of U.S. Courts has officially declared the area a judicial emergency. Because of unprecedented obstruction, there were a mere five confirmation votes during the first two months of the year, two of which the Republicans resisted so much that Sen. Reid had to file cloture petitions.

Faced with this growing crisis that they have caused, the Senate GOP today graciously allowed votes on … two nominations. Both were confirmed by overwhelming majorities – 95-2 and 93-4 – yet had been forced to wait almost five months for a vote.

A mere two confirmation votes are disgracefully less than what is needed to clear the backlog and restore a functioning court system to the American people. It isn’t even enough to make up for the anticipated four nominations that the Judiciary Committee will likely advance to the floor later this week, resulting in a net increase in the backlog.

This chart makes clear the extent of the obstruction. On average, President Obama’s judicial nominees have been forced to wait four times as long for a floor vote than President Bush’s confirmed nominees were at this point in his presidency. 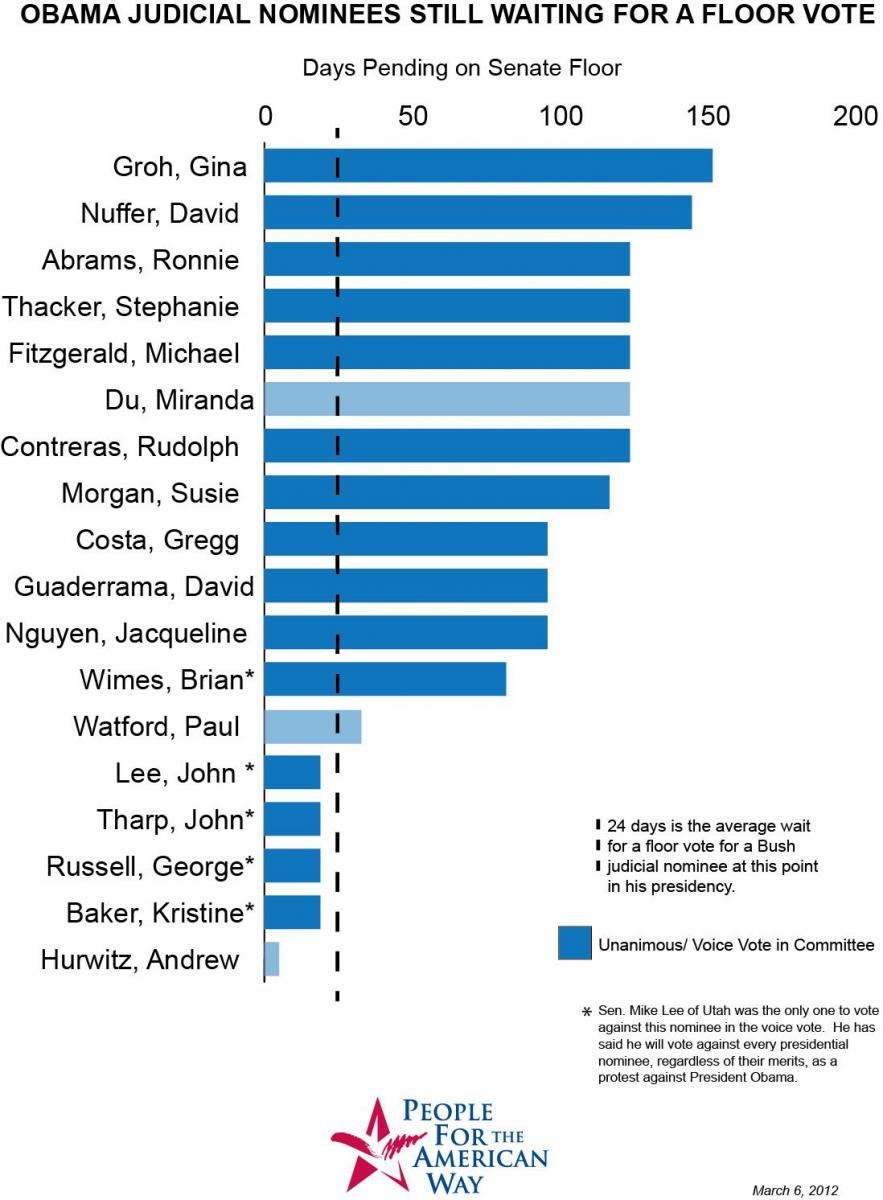 Courts are the infrastructure of justice, as vital to our legal rights as roads and bridges are to a transportation system. That infrastructure is collapsing.