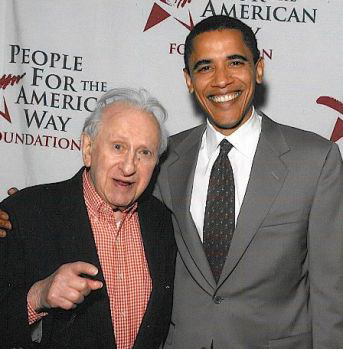 Last week, Studs Terkel, Pulitzer Prize winning author and activist, died at age 96. Pictured above with Barack Obama, Terkel spoke at People For’s Chicago Spirit of Liberty event in 2004, and his stories about the blacklist and Mahalia Jackson had people hanging on every word. His message to the crowd was to “say NO” to the official line, the Bush administration’s abuse of the Constitution, etc.

I have to think that he took some great pleasure in his final days from the coming end of the Bush administration and the big changes that appear to be headed our way.