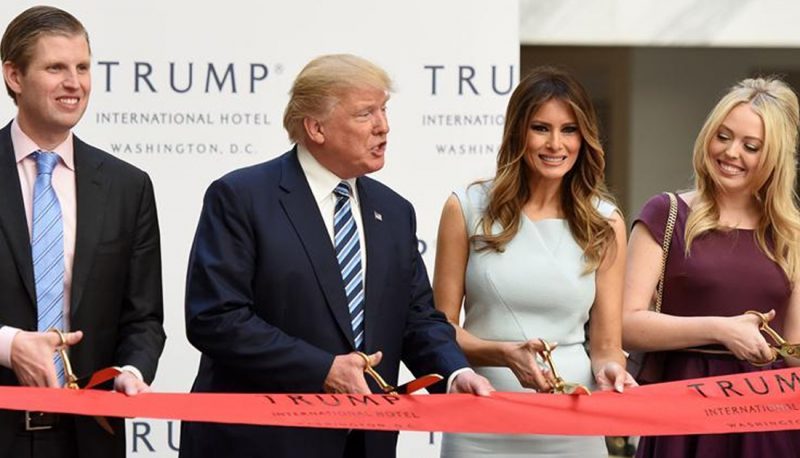 A panel of the Fourth Circuit Court of Appeals dismissed D.C. and Maryland’s lawsuit against President Trump for violating the Foreign and Domestic Emoluments Clauses. The judges—all nominated by Trump or his Republican predecessors—ruled that D.C. and Maryland lack standing to have their case heard in federal courts. However, portions of the opinion seem to be guided more by politics than the law, which undermines the public’s faith in the judicial system.

Among other preliminary legal holdings, the district court had held that the plaintiffs had standing to sue, and that they can sue the president both in his official and in his individual capacity. Federal law gives a trial judge the discretion to ask the circuit court to address the legal bases underlying this type of pretrial order, an unusual step triggered only when the trial judge believes there is “substantial ground for difference of opinion.” In this case, when the judge declined to ask for circuit court review, Trump urged the Fourth Circuit to step in and order the lower court to certify the questions. Even though this would constitute an extraordinary level of interference in the district court judge’s discretion, the panel judges—citing a Supreme Court case on judicial discretion in wholly different circumstances—nevertheless took it upon themselves to determine that the trial court judge should have certified the questions. They then chose to address the matters themselves.

But their analysis includes several statements that are strained, to say the least. For instance, in defending the assertion that this conflict does not belong in a courtroom, Judge Niemeyer wrote:

As the [Emoluments] Clauses do not expressly confer any rights or provide any remedies, efforts to enforce them in courts have been virtually nonexistent prior to President Trump’s inauguration in 2017.

Actually, the reason there hasn’t been litigation on the Emoluments Clauses is because Trump’s extensive (alleged) violations of them are unprecedented. Similarly, there has never been a known violation of the Third Amendment (protecting people from having to accept military troops in their homes), but that long period of compliance with the Constitution would not make a future violation immune from remedy by the judicial system.

For relief, moreover, the District and Maryland seek an injunction against the President himself, a form of relief that the Supreme Court has termed “extraordinary” and has advised should “raise[] judicial eyebrows.”

But what is extraordinary are the repeated and unprecedented presidential actions that triggered this case. The extraordinary nature of a constitutional violation should not be used to delegitimize efforts to remedy that violation. In addition, an injunction against the president himself is hardly eyebrow-raising when he is the sole individual in the world whose actions are covered by the Domestic Emoluments Clause.

Interestingly, the court then asserted that it had no legitimate reason for making the above criticisms in the first place:

But while these issues presented by the President to the district court do indeed raise an array of substantial questions about the viability of this action, the threshold matter to be decided is whether the District and Maryland have standing under Article III to pursue their claims, a question that goes to our judicial power.

The panel gave short shrift to Maryland and D.C.’s claims that they have standing in part because the Trump International Hotel diverts foreign and domestic government entities (including events hosted by federal agencies) from their local convention facilities. According to the panel, it is up to Maryland and D.C. to demonstrate that these “independent actors” do not have other reasons for using the Trump International Hotel.  But the panel was not addressing whether Maryland and the District of Columbia had proven their case. Their task was simply to examine the question of whether the plaintiffs had set forth an injury caused by the constitutional violations. Evidence about whether foreign and domestic government entities had other reasons for using the Trump Hotel is not required just to open the courtroom door.

The Washington Post reported on the plaintiffs’ response to the court’s decision:

“Although the court described a litany of ways in which this case is unique, it failed to acknowledge the most extraordinary circumstance of all: President Trump is brazenly profiting from the Office of the President in ways that no other President in history ever imagined and that the founders expressly sought — in the Constitution — to prohibit,” they said.

“We will continue to pursue our legal options to hold him accountable.”