On Tuesday, June 22nd, People For Senior Director of Field Mobilization Diallo Brooks joined a list of speakers for an early morning rally on Capitol Hill in support of S. 51, the Washington, D.C. Admission Act to make Washington, D.C. the 51st state. The rally preceded a hearing on S.1 in the Senate Committee on Homeland Security and Governmental Affairs.

Other speakers at the rally included Senator Tom Carper, the bill sponsor in the Senate, as well as D.C. Councilmembers Janeese Lewis George and Robert White, both of whom are members of People For’s Young Elected Officials Network.

Next steps on advancing the bill in the Senate depend partly on the fate of S.1, the For the People Act, and efforts to eliminate the filibuster. People For is engaged at the national and state level to mobilize on these fights, engaging at all levels to push forward these critical reforms. D.C. statehood, along with the For the People Act and the John Lewis Voting Rights Act, is a central component of our focus to create a democracy that is more just, equitable and representative. 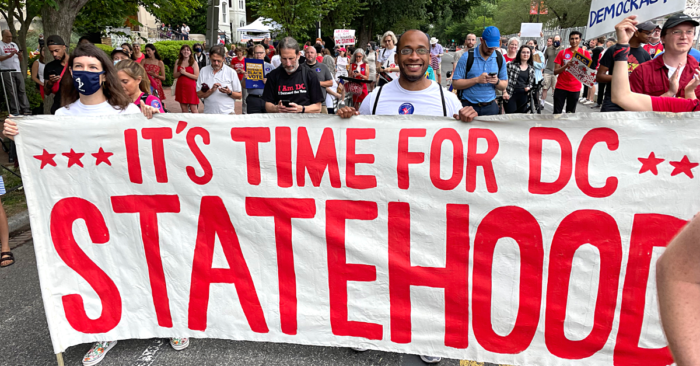 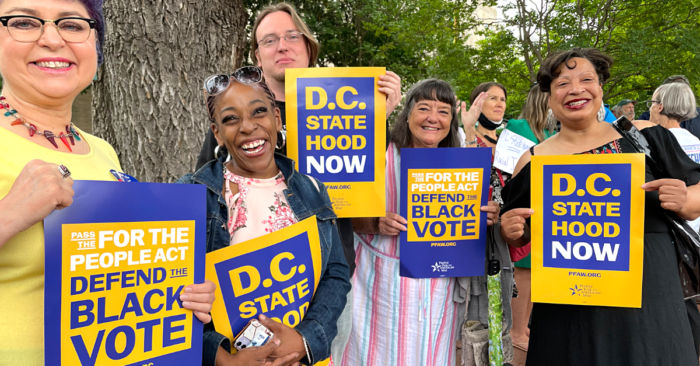 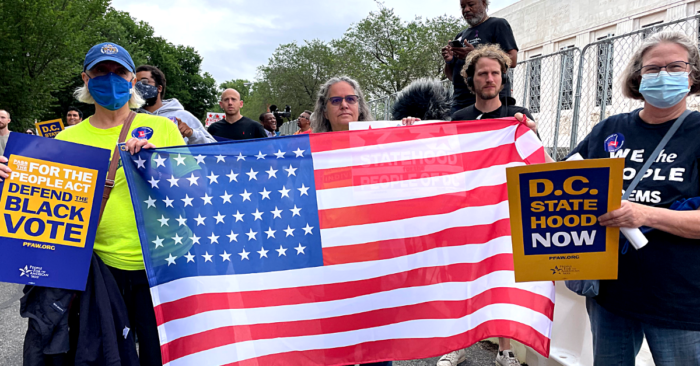