If anyone had said four months ago that we’d still be waiting for the Senate to hold a confirmation vote for Loretta Lynch, no one would have believed it.  Yet here we are.  Although she was approved by the Judiciary Committee three weeks ago, Mitch McConnell just can’t bring himself to schedule a floor vote for her.

Lynch is supremely qualified to be AG.  Progressives and conservatives alike have written to the Senate praising Lynch and urging her confirmation.  In fact, not a single one of the Republicans’ own witnesses at her confirmation hearing actually opposed her confirmation.

Yet Republicans in the Senate continue to make a partisan brawl out of a consensus nomination.

McConnell has jettisoned his promise to allow a vote this week.  At the beginning of next week, Lynch will have been waiting for a floor vote as long as the previous seven attorneys general combined: 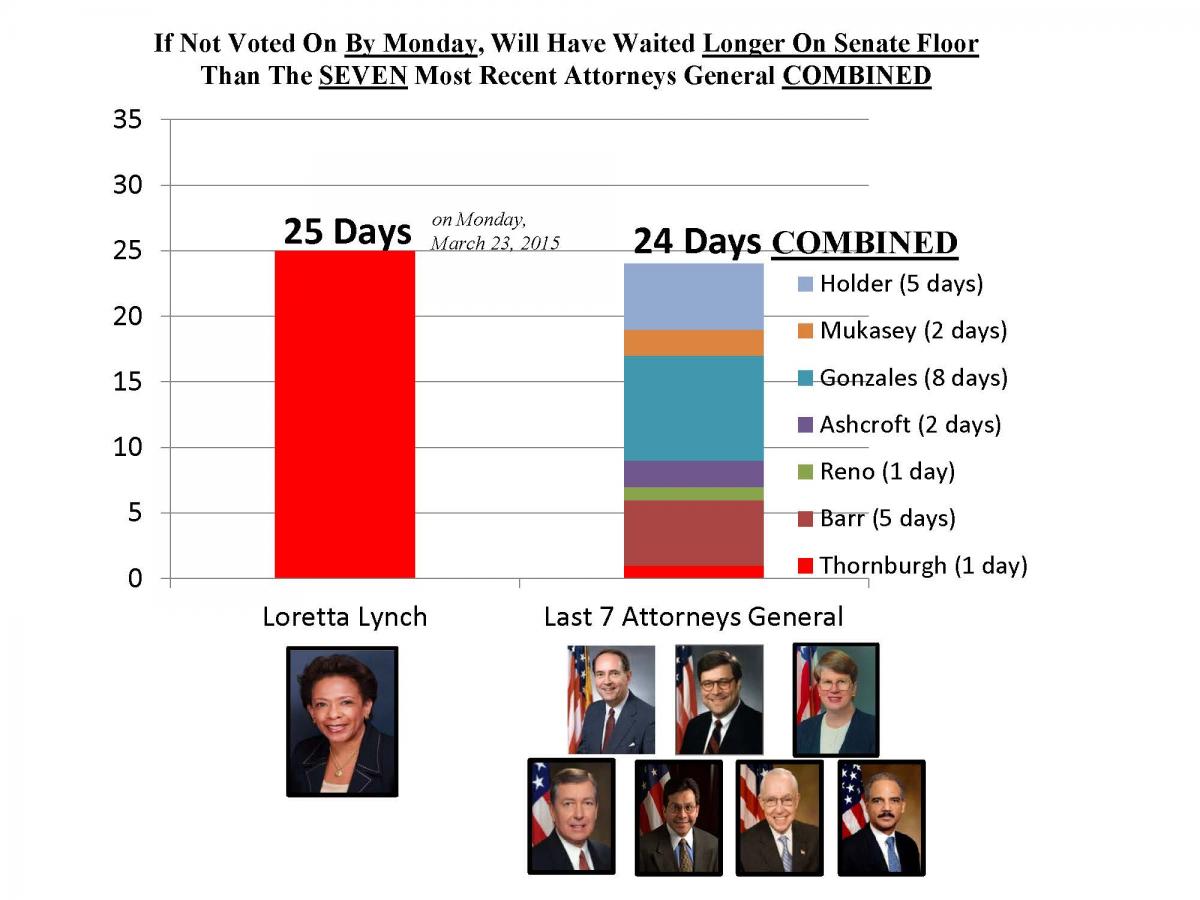 McConnell’s latest excuse for delay is that the Senate needs to vote on a human trafficking bill first … a bipartisan bill that Republicans politicized by inserting an anti-choice provision.