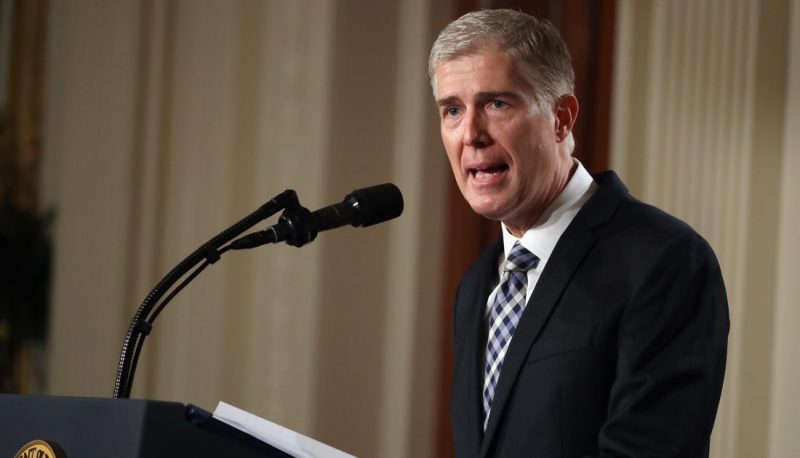 Three days before Supreme Court nominee Neil Gorsuch’s hearings were scheduled to begin, a former student of his from the University of Colorado Law School sent a letter of concern to the Senate Judiciary Committee. The letter alleges that during her Legal Ethics and Professionalism class, Gorsuch asserted that companies should ask women about their plans for pregnancy before hiring them. The student, Jennifer Sisk, recalls Gorsuch telling the class that “many” women actually use their employers to gain maternity benefits and then abandon the company after giving birth. When students contradicted this claim, noting that companies cannot ask women about their pregnancy plans, “Judge Gorsuch told the class that not only could a future employer ask female interviewees about their pregnancy and family plans, companies must ask females about their family and pregnancy plans to protect the company.” [emphasis added]

Another student in the class confirmed Sisk’s allegation in an anonymous letter, adding that Gorsuch also said that “female lawyers get divorced at twice the rate of male lawyers” and questioned whether they should be able to get pregnant “on their law firms’ dime.”

Advocating for employers to ask women interviewees about their plans for pregnancy is appallingly sexist and deeply underscores what we already know of Gorsuch’s judicial record – he regularly advocates for corporations above the welfare of everyday Americans. Either Gorsuch is advocating for companies to ignore legal precedent that they cannot make employment decisions based on a person’s family plans, notes the National Women’s Law Center, or he is indicating that were he given the power he would overturn legal precedent against pregnancy discrimination.

We’ve previously written about the ways in which Gorsuch would be an absolute nightmare for women if he was confirmed and we can add the potential to erode sex and disability discrimination protections to the list. The confirmation hearings begin today, and the questioning of Gorsuch will start tomorrow. The Senate Judiciary Committee now has a duty to ask Gorsuch about the sexist statements he made about pregnancy discrimination during that class in 2016.

Should a man who used his Legal Ethics class to disparage women in his profession be confirmed to a place on the highest court in the land? It seems clear that Judge Gorsuch’s ethics are very much askew, and that in addition to demanding clarity on these comments during questioning, the Senate has yet another reason to oppose the confirmation of Neil Gorsuch.