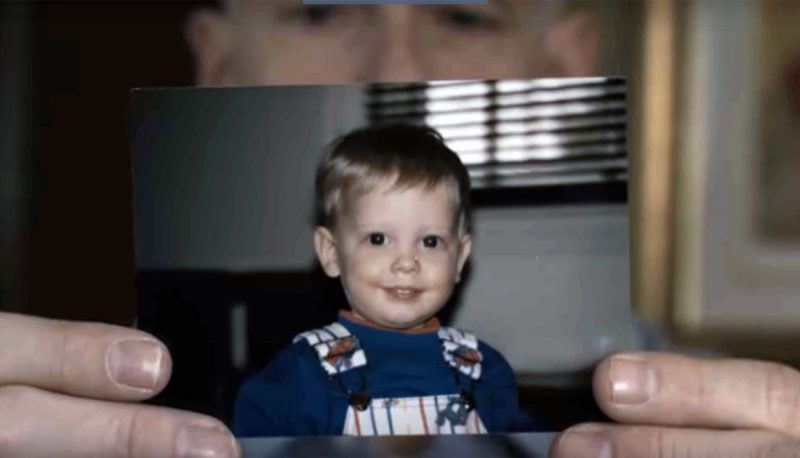 Jeff Perkins shares a photo of a young Luke P. Luke’s parents successfully sued their school district to pay for a residential program for Luke who was diagnosed with autism, but their hopes for Luke took a blow when Judge Gorsuch reversed the lower court in Thompson R2-J School District v. Luke P. (2008).

During Neil Gorsuch’s confirmation hearings, many Americans were shocked to learn just how insensitive President Trump’s Supreme Court nominee can be to people with disabilities—even children.

A Standard of Care So Low it is Meaningless

Perhaps the most prominent example has been Luke Perkins, a boy with autism. His father Jeff Perkins traveled from Colorado to Washington to testify on how Judge Gorsuch’s ideology made him issue a legally baseless ruling that ignored Luke’s needs and devastated the entire family.

Under the Individuals with Disabilities Education Act (IDEA), Luke was entitled to a free and appropriate public education and an individualized program reasonably designed to provide him with educational benefits. From kindergarten to third grade, it became clear that the school’s efforts were not successful. While he made some minimal advances, he was unable to apply learned skills outside of school, and he was losing ground in some areas. Luke’s parents successfully sued the school district to pay for a residential program with a record of success, but their hopes for Luke took a blow when Judge Gorsuch reversed the lower court in Thompson R2-J School District v. Luke P. (2008).

He took a non-germane statement from a 1996 Tenth Circuit case, incorrectly called it binding precedent, then changed it completely without acknowledging his sleight of hand. In 1996, the court, in an aside, noted that a school’s program has to provide some meaningful benefit, rather than simply pointing to a small, insignificant benefit and calling it a day. In legal parlance, the court said that the benefit must be “more than de minimis.” Gorsuch quoted that standard, but then—without explanation—added the word “merely” before it: The benefit “must merely be more than de minimis.” As Luke’s father told the Judiciary Committee:

Judge Gorsuch felt that an education for my son that was even one small step above insignificant was acceptable.

When Gorsuch refused to support Luke’s getting the assistance to which he was entitled, he didn’t do it because he was compelled to by precedent: He created a standard that set the lowest of expectations from children with disabilities, reminiscent of the “soft bigotry of low expectations” that George W. Bush talked about. And while his ruling was devastating and callous to Luke, it also applied to every child with a disability in the entire Tenth Circuit. (Fortunately, during the confirmation hearings, the Supreme Court ruled 8-0 that the Gorsuch standard was wrong.)

In another case, A.F. v. Española Public Schools (2015), Judge Gorsuch wrote an opinion interpreting IDEA to significantly limit parents’ options to most effectively address their children’s educational needs. In that case, a parent filed a complaint under the IDEA to get her daughter’s school to design an appropriate and individualized program for her. Eventually they reached a settlement about the individualized program, but the student’s mother sought additional remedies that aren’t available under IDEA, but which are available under the Rehabilitation Act and the Americans with Disabilities Act. These laws require parents to first exhaust the administrative remedies that IDEA contains. But Judge Gorsuch ruled that by definition, reaching a settlement means that the administrative remedies have not been exhausted. This nonsensical ruling means that in order for a parent to seek remedies available under the Rehabilitation Act and the Americans with Disabilities Act, they cannot agree with the school on the individualized program that would satisfy some of their child’s needs. As the dissenting judge pointed out, this goes against the very purpose of IDEA.

Judge Gorsuch has also given legal sanction to the harsh discipline of children with disabilities. In Muskrat v. Deer Creek Public Schools (2013), Gorsuch joined an opinion against parents whose son J.M. had the mental age of a two or three year-old, even though he was significantly older. School officials repeatedly put him in a timeout room for disruptive behavior. The room was extremely small and had a small window too high for children to see out of. J.M. was unable to understand the timeout room’s purpose; it only served to frighten him. Nevertheless, the school staff put him in there over and over, at least 30 times over two years—even when doing so was specifically prohibited by agreement with the parents.  The court ruled that there was no constitutional violation because the school’s actions didn’t “shock the conscience.”

Rewriting the Law to Deny Relief to Cancer Victim

Judge Gorsuch’s willingness to rewrite the law to his liking stunned Professor Grace Hwang and her family. She had gotten a six-month leave from the university where she taught so she could be treated for leukemia. When she was about to return, a flu epidemic broke out on campus, and her doctor warned her to stay away, because she would be risking her life due to her compromised immune system. When she asked the university to extend her leave, they said no, even though she would have provided assistance from home to whoever was teaching her class. She sued under the Rehabilitation Act, which requires employers to make reasonable accomodations in situations like this, with the definition of “reasonable” based on the individual factors of each case.

Contrary to clear language of the Act, Judge Gorsuch ruled against the sick professor in Hwang v. Kansas State University (2013). He framed his opinion with the assumption that asking an employer to extend a leave beyond six months was unreasonable. Such a framing is exactly the opposite of the case-by-case analysis required by the Rehabilitation Act. Professor Hwang has since passed away, but her family went to Washington, DC, to tell people how Gorsuch’s callous opinion impacted her life and the lives of the entire family.

These cases are all part of a pattern. The Bazelon Center for Mental Health Law has concluded that “elevating Judge Gorsuch to the Supreme Court would harm people with disabilities in their efforts to protect and advance their rights.” The National Education Association expressed great concern that “Judge Gorsuch’s record on students with disabilities raises serious questions about whether he, as a Supreme Court justice, would understand and stand up for the rights of disabled students.” Senator Dick Durbin cited the NEA when he noted that Gorsuch ruled against students with disabilities in eight of the ten IDEA cases to come before him. The senator called this part of a pattern he found “troubling.”

These concerns are shared by former Deputy Attorney General Eve Hill, who worked in the Civil Rights Division and who has spent more than two decades protecting the rights of people with disabilities. She testified before the Judiciary Committee, sharply criticizing Gorsuch’s record in cases involving children and adults with disabilities, stating:

Judge Gorsuch’s decisions on the education of our children with disabilities are troubling, both for their callousness and for their dismissiveness of the law as written by Congress.

The notion of his elevation to our nation’s highest court sends fear into the hearts of the many Americans who rely on federal protections to ensure that disability is not an unfair and unjust barrier to accessing jobs, housing, and education for themselves and their children.

Senators should have no compunction about preventing the confirmation of a Supreme Court nominee who strikes fear into the hearts of people with disabilities.