The Republican Party of Virginia is on the verge of losing its legislative majorities, and in desperation the party and its far-right allies are wallowing in the ugliness and bigotry that are at the heart of today’s GOP.

Delegate Danica Roem won her election in 2017 with a campaign focused on addressing local transportation issues that were a top priority of her constituents. And as a delegate, she’s delivered. She played a major role in raising teachers’ salaries and expanding Medicaid coverage to bring health insurance to hundreds of thousands of Virginians.

Roem’s race was also a historic first—the first election of a transgender state legislator. She won that seat by defeating an incumbent who proudly labeled himself Virginia’s “chief homophobe.” As PFAW President Michael Keegan recently noted, “The right wing wants revenge and will spend what it takes to get it.” And right now, they’re spending on smears.

On October 25, the Family Foundation Action group began running Facebook ads in a number of Virginia legislative races portraying Democratic delegates as “EXTREME” and “RADICAL,” including an ad that targets Roem over legislation she supported to prevent insurance companies from discriminating against transgender people. It urges people, “Reject Roem’s EXTREME social agenda on Nov. 5th.”

It’s not just Religious Right groups attacking Roem—the local and state Republican Party are up to the same thing.

The state Republican Party slammed Roem and the bill on insurance coverage, saying, “We cannot afford to pay for unnecessary liberal lifestyle choices.” As if access to necessary health care is a “lifestyle choice.” 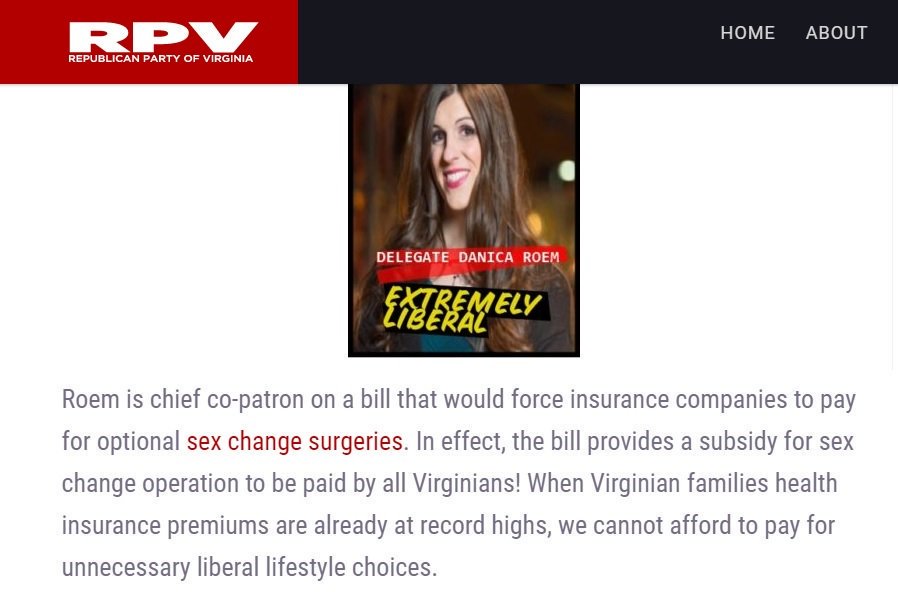 And when Roem said during an Oct. 23 legislative debate that she’s proud to be one of the 11 freshmen Democratic moms, the Prince William County Republican Party tweeted a snide suggestion that Roem is wrong to refer to herself as a mom. 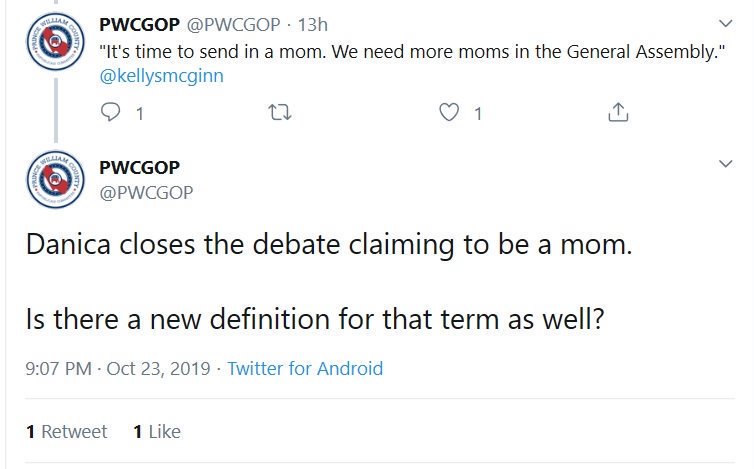 Roem’s opponent this year, Kelly McGinn, has her own long record of anti-LGBTQ ugliness. She compared marriage equality to “morally repugnant practices” such as slavery. As Keegan wrote in the Advocate, “Anti-LGBTQ forces in the state know exactly who McGinn is. And they are all in.” 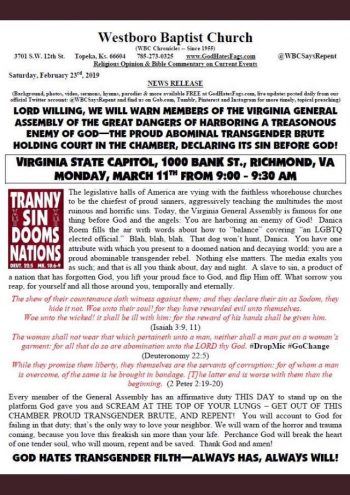 In resorting to bigoted attacks against Roem, the GOP has put itself in some extremely unsavory company. Earlier this year, the notorious Westboro Baptist Church targeted Roem as “an enemy of God.”

Danica Roem is more than a symbol. She’s an extraordinarily effective activist and public servant. But her historic victory does have symbolic power, and that’s why the enemies of equality and proponents of bigotry as so intent on taking her down. We can’t let that happen. It’s time for fair-minded people in Virginia and around the country to rally around Roem—and we don’t have much time.