“Hide/Seek” and the Future of Fighting Censorship 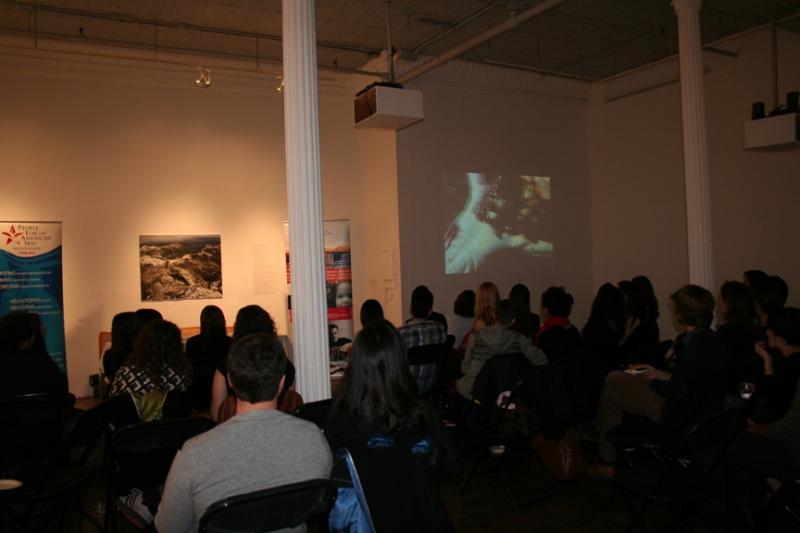 Watching “A Fire in My Belly”

The National Portrait Gallery’s “Hide/Seek” exhibit closed last month, but the debate surrounding it is far from over.

On Feb. 17, People For’s president, Michael Keegan joined People For board member Ron Feldman and NYU law professor Amy Adler at Feldman’s gallery to discuss “Hide/Seek” and the right-wing outcry that led to a work of art being removed from the exhibit.

The discussion began with a viewing of a four-minute version of David Wojnarowicz’s “A Fire in My Belly,” which was removed from the exhibit after Religious Right leaders and Republicans in Congress deemed it, in the words of House Majority Leader Eric Cantor, “an obvious attempt to offend Christians during the Christmas season.”

Adler recalled the last time the Religious Right took aim at Wojnarowicz: in the early 1990’s, the American Family Association included edited images of the artist’s work in mailings meant to provoke anger against National Endowment for the Arts spending. Wojnarowicz sued the AFA for copyright violations, and became a symbol of fighting back against right-wing censorship efforts.

Don Wildmon, the head of the AFA at the time, “chose [Wojnarowicz] as a symbol because there is something very powerful about his work,” said Adler. “Ironically, his continuing vulnerability to censorship becomes a testament to the greatness of his art…his art seems to continually provoke and that says something of his greatness.”

Keegan spoke of the National Portrait Gallery’s decision to host the potentially controversial exhibit in the first place. “What the Smithsonian did was wonderful, and we and other groups were very happy that they decided to host the exhibit and celebrate gays and lesbians as part of the American experience,” he said.

When Smithsonian Secretary Wayne Clough decided to remove the Wojnarowicz work from the exhibit in response to an outcry from far-right leaders like the Catholic League’s Bill Donohue, People For called on the museum to correct its mistake and put the work back, and then called on Secretary Clough to resign his post. Neither effort succeeded, but the outcry among arts groups and proponents of free speech was strong.

Feldman, who has been a leader in the battles over arts funding and freedom of expression for decades, said, “I think it’s the best we’ve ever done in one of these cases.” Although the Religious Right succeeded in getting a work it didn’t like removed from the exhibit, he said, “they had no traction.” Instead, he argued, the controversy spurred discussion of censorship, the AIDS crisis, and Wojnarowicz’s life and work: “We won in the sense that people were talking about David.”

Feldman argued that the art world was successful in fighting back against the Religious Right’s attacks by defining the works in question. “They attack the subject without actually having to deal with the meaning of the artwork,” he said, “The art world fought back with definitions.” 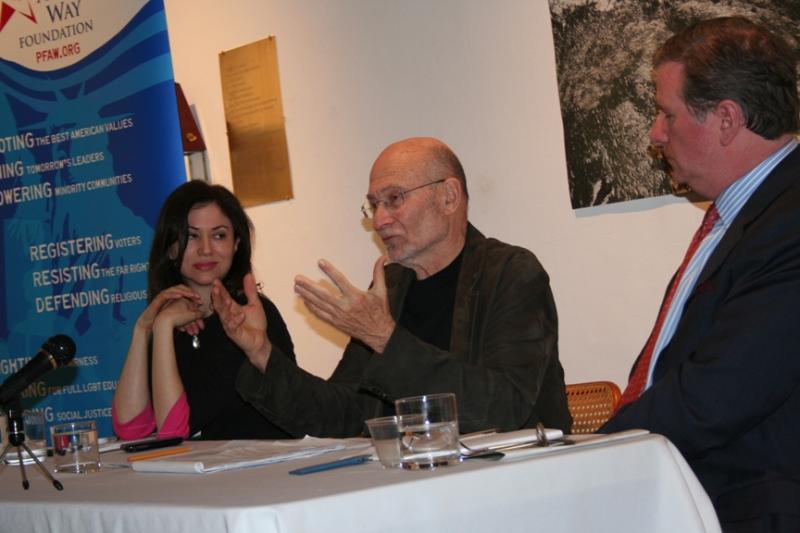