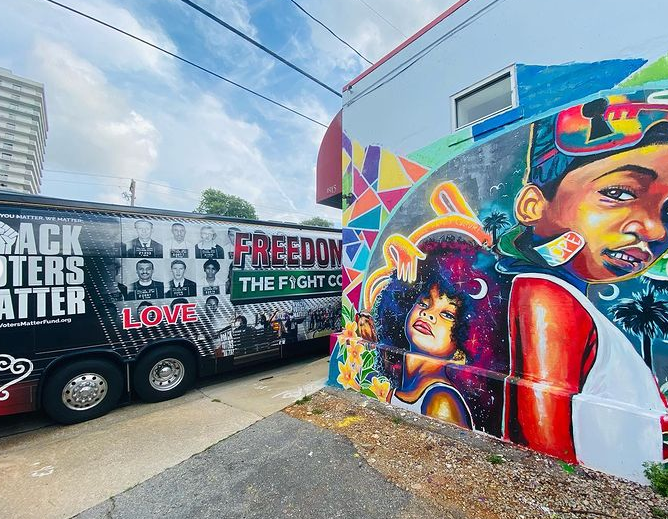 We’re proud to be joining the 2021 Freedom Ride for Voting Rights! We’ll be riding along on the Blackest Bus in America, organizing to defend the Black vote and pass the For the People Act. Follow along for updates from Markus Batchelor, People For’s Deputy Director of Leadership Programs.

Sixty years after the original Freedom Riders set off to challenge segregated systems in the south, the stories and legacy of that original journey felt very much alive during the first leg of the Freedom Ride for Voting Rights.

The Deep South was ground zero for the modern civil rights movement — the birthplace of the luminaries who pushed it forward, the site of vicious brutality and tragedy, and fertile ground for progress, freedom, and justice. As we rallied in communities across Mississippi, Alabama, Tennessee, Georgia and South Carolina, the powerful images of those original battles served as a reminder of how far we’ve come — and how much farther we have to go. 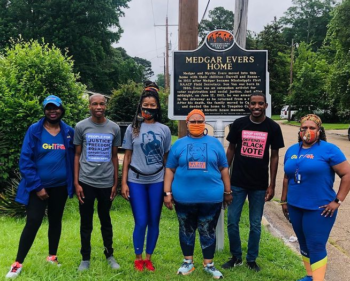 This bus tour has taken us not just through the South, but through history itself. In Jackson, Mississippi, I visited the home of Medgar Evers, the Mississippi Field Director for the NAACP whose murder was one of the seminal events that would lead to the passage of the Civil Rights and Voting Rights Acts of 1964 and 1965. In Alabama, we gathered in the shadow of the 16th Street Baptist Church, where four little girls were killed in a 1963 bombing, and Kelly Ingram Park, the central staging ground for many of Birmingham’s civil rights demonstrations.

At stops in Columbia and Nashville in Tennessee, we learned about the often-unsung history of early resisters in the freedom struggle and met several participants of the original freedom rides. On Atlanta’s Auburn Avenue, where Dr. King came of age, pastored, organized, was 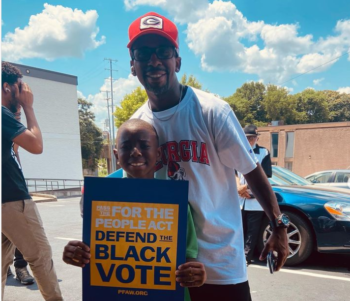 funeralized and buried, an incredible crowd gathered to reaffirm the dream of a beloved community where we all feel respected and empowered. In South Carolina, blocks from where Strom Thurmond held up the vestiges of the state’s segregation as Governor before infamously doing so as the state’s U.S. Senator, we committed to working together to defeat the attempts to take us backwards.

Being in these historic places in the middle of a once-in-a-generation, yet all too-familiar, fight for our right to vote affirmed that progress is not permanent; that the battles fought and won here were not the finishing of a race, but the passing of a baton to a new generation that has a responsibility to nurture, improve upon, and reimagine the movement to protect our right to vote so that it includes all of us. 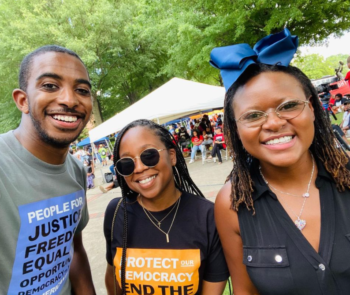 It also affirmed that just as the South was the catalyst for transformation around the country then, so is it today. While the threats we face to that progress are real and as large as they’ve been in sixty years, the resolve of a new generation of progressives in the Deep South to build power and bring about that brighter future is just as large. They are registering people to vote, mobilizing neighbors in protest against unjust laws, and running for or serving in public office despite an effort to make it harder to do all three.

As Tennessee state representative and Young Elected Officials Network member London Lamar reminded us in Nashville, we stand on the shoulders of giants. We will continue fighting and we must continue fighting to Defend the Black Vote. We owe it not only to our forefathers, but to the generations that will come after us as well.