Hobby Lobby: 'Closely Held' Does Not Mean 'Mom and Pop' - People For the American Way
Skip to main content

Hobby Lobby: ‘Closely Held’ Does Not Mean ‘Mom and Pop’

In the Supreme Court’s decision in Hobby Lobby, the Court held for the first time ever that a for-profit corporation counts as a “person” under the Religious Freedom Restoration Act and that a “closely held” corporation basically shares the religious exercise rights of its owners.  This leads American law into a treacherous minefield, as Justice Ruth Bader Ginsberg made clear in her dissent. 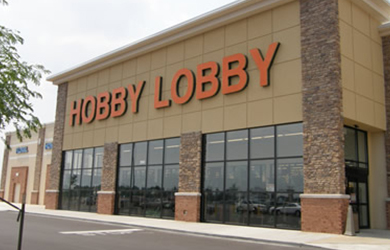 It’s worth pointing out, as Justice Ginsberg also noted, “’Closely held’ is not synonymous with ‘small.’” Hobby Lobby is a massive corporation employing some 13,000 people, but there are other closely held companies that are much larger. In a footnote, Ginsberg mentions family-owned Mars, Inc. and closely held Cargill, which are both among the largest five private companies in the country. Guess which is number two? Koch industries, with $115 billion in revenue and 60,000 employees. Brothers David and Charles Koch reportedly own 84 percent. Rounding out the top five private companies are Dell and Bechtel. Those five companies employ more than 436,000 people. What religious claims might their owners find useful to make in undermining laws that protect their workers?