Yesterday, House Democrats held a press conference highlighting the need to clean up the election system through what they are calling the DARE initiative. (To note, this is the same initiative Minority Leader Nancy Pelosi presented and spoke about in length at PFAW’s 30th Anniversary celebration this past June.) The acronym stands for the following: 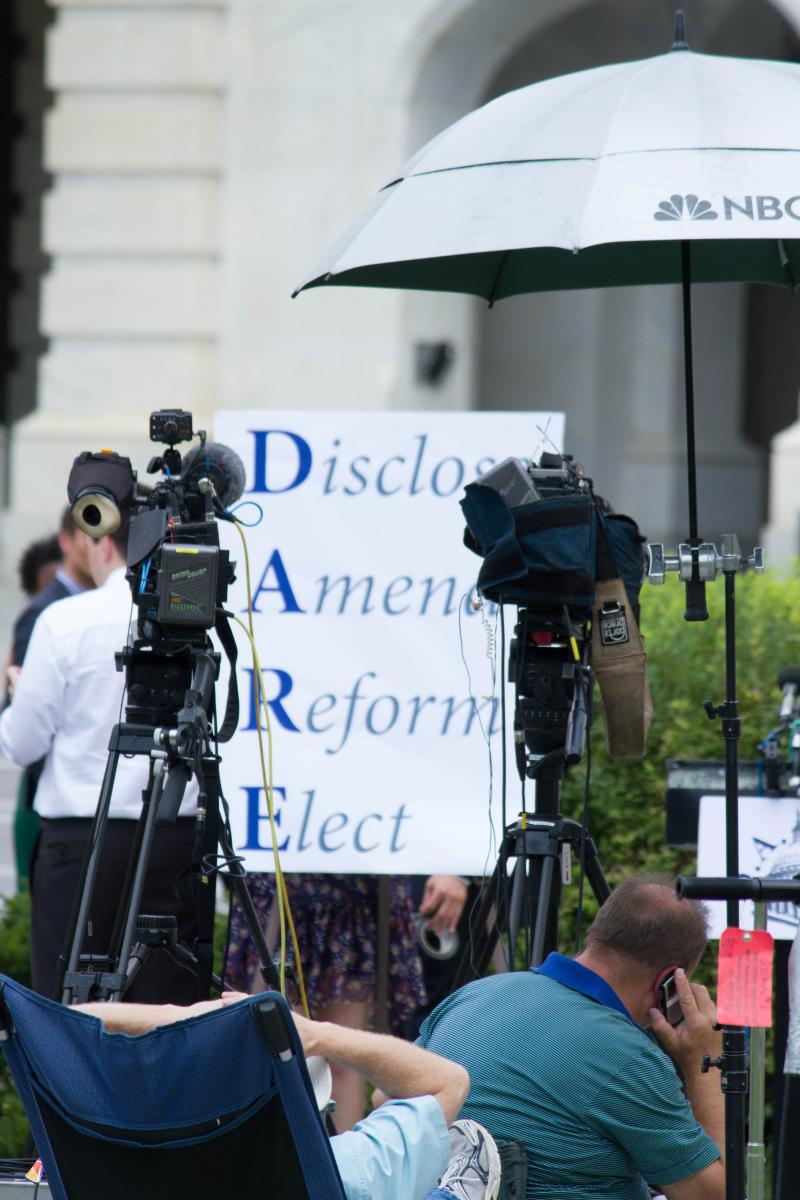 In just a short period of time, the impact of the Supreme Court’s egregious ruling in Citizens United v. Federal Election Commission, which opened the floodgates to corporate and special interest spending in our elections, has been felt nationwide. In response, a growing chorus of activists and organizations are mobilizing to overturn the decision by amending (the A in DARE) the Constitution. As evidenced by the press conference, public officials are responding to this movement. Nearly 2,000 are already on record in support of amending the Constitution to overturn Citizens United, including 92 Representatives in the House. 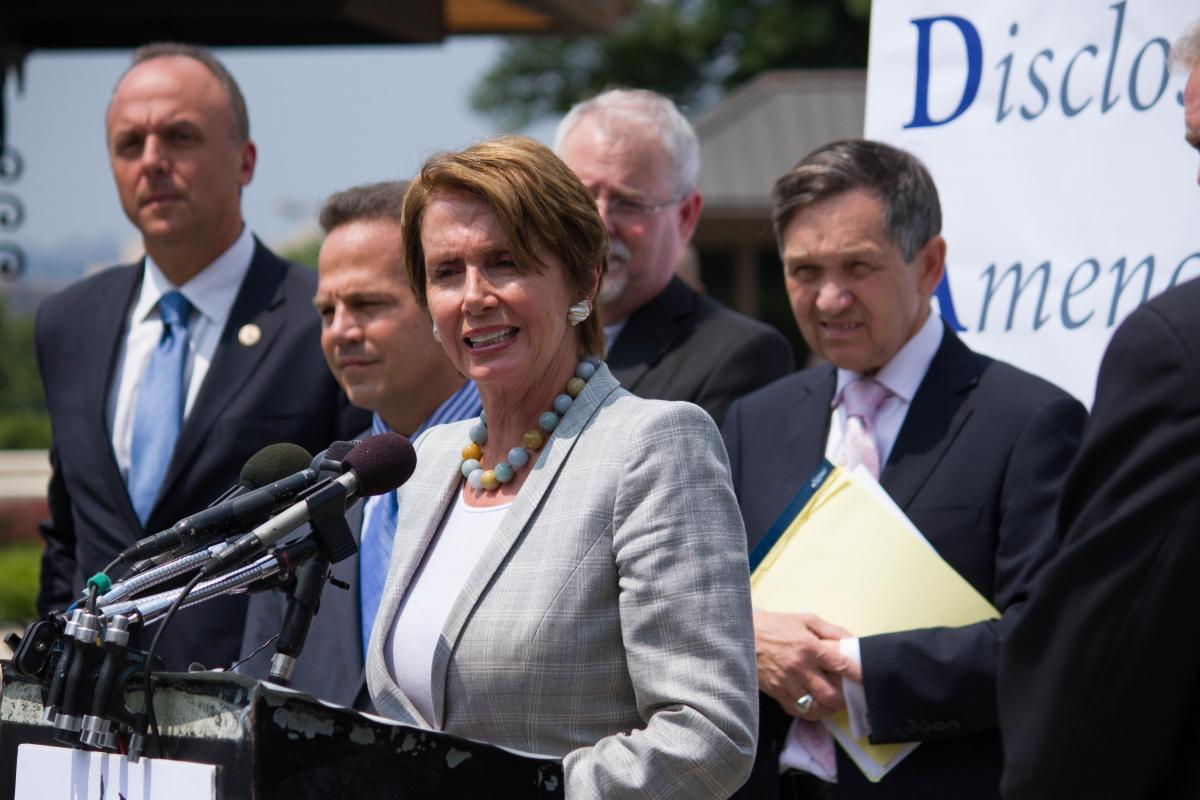 Recently Republicans and Democrats clashed on the Disclose Act, which would have required the disclosure of all major donors in the election process. Leader Pelosi expressed her concern that dark money is “suffocating the airwaves and suppressing the vote.” 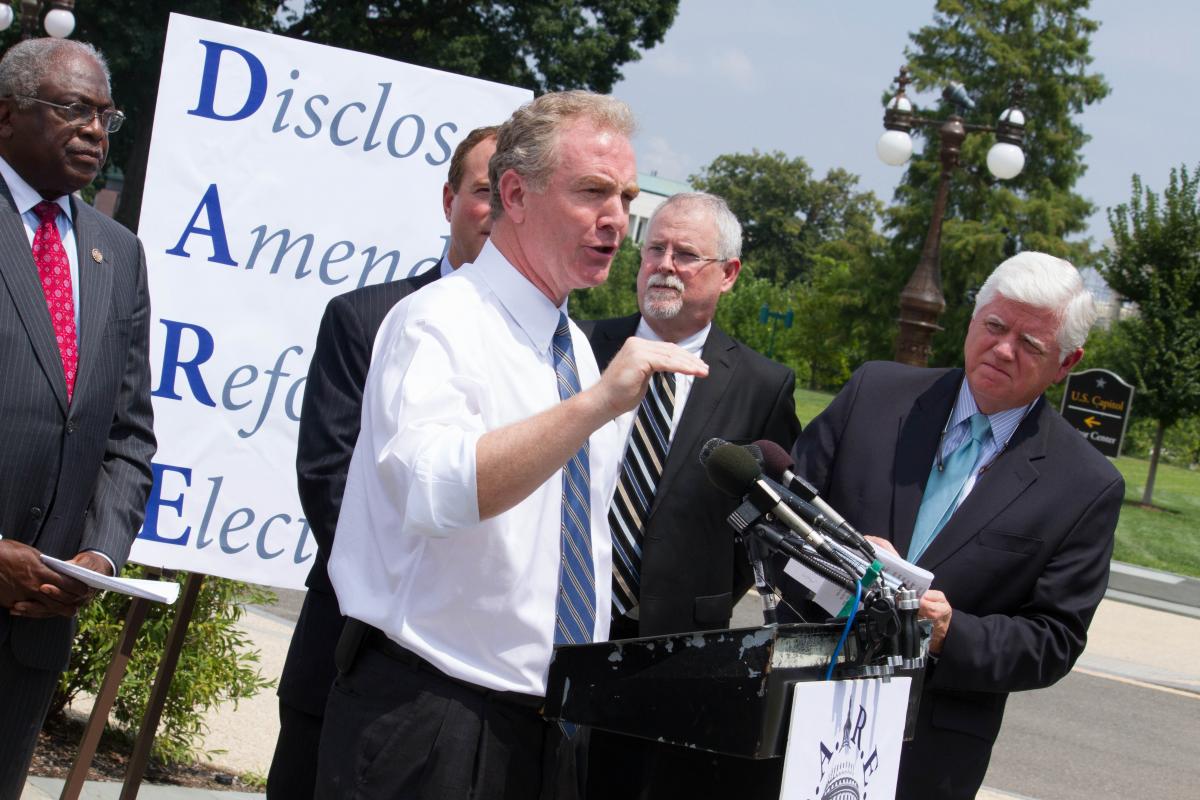 Not so long ago, disclosure was a bi-partisan issue. Congressman Van Hollen made this clear, quoting Senate Minority Leader McConnell’s (R-KT) statement from 2000 endorsing such reforms: “Why would a little disclosure be better than a lot of disclosure?”

Expressing his passion about the issue, Congressman Dennis Kucinich, motioning toward the Capitol building, told reporters, “in post-production you might want to include a ‘For Sale’ sign in front of that.” Kucinich stated, “Let’s be candid, the system is for sale.” The outgoing congressman urged immediate action on removing the corrupting influence of dark money, lest we lose our republic to the influence of special interests. This government must remain in the hands of the people – or as Mr. Nyhart put it, remain “Of, by, and for the many… not the money.”