In its 5-4 ruling  today in Hobby Lobby, the Supreme Court’s right-wing majority played fast and loose with the Religious Freedom Restoration Act (RFRA), the law that provided the basis for the claim that religious liberty rights conflicted with the Affordable Care Act (ACA). As Justice Ginsburg’s dissent pointed out, the clear language and history of RFRA stated that it was intended to “restore” the protection of religious liberty that the First Amendment provided before Justice Scalia’s infamous decision in Employment Division v. Smith, which said that there was no protection for religious people whose religious practices were substantially burden by general laws. As a participant in drafting and helping get support for RFRA in the 1990s, I can testify personally that this was true. The broad coalition of groups and legislators – from PFAW to the National Association of Evangelicals, from Orrin Hatch to Ted Kennedy – would never have agreed otherwise. But the 5-4 majority in Hobby Lobby nevertheless claims that RFRA was, in Justice Ginsburg’s words, “a bold initiative departing from, rather than restoring, pre-Smith jurisprudence.”

This twisting of RFRA was significant in two ways to the Hobby Lobby result. First, it allowed the majority to rule that for-profit corporations like Hobby Lobby could claim rights under RFRA. As Justice Ginsburg pointed out, the Court had never so ruled before, since religious liberty protection properly belongs to individuals and religious institutions like churches. Second, it led to the majority’s ruling that there was a “substantial” burden” on religious exercise in the case, based on the claim that the religious beliefs of Hobby Lobby’s owners were offended by the ACA requirement. As Justice Ginsburg explained, pre-Smith law made clear that this kind of mere conflict with religious beliefs was not enough to prove a substantial burden. Instead, a requirement must actually restrict or burden  “what [the person] may believe or what he may do.” Under this analysis, Ginsburg explained, any burden in this case was too attenuated to be substantial. After all, Hobby Lobby was not required to purchase or provide contraceptives, but simply to deposit money into undifferentiated funds that finance a wide variety of benefits; it was up to individual employees whether to utilize contraceptives.

These concerns are much more than historical or theoretical. First, the majority’s rationale could deprive millions of Americans of contraceptive or other coverage under ACA. Even if restricted to closely held corporations, more than 50% of all American workers work for corporations that could similarly claim under Hobby Lobby that their religious beliefs are sincerely offended by providing coverage for contraceptives or other services, and that would be enough to trigger RFRA. Second, if a corporation can prove it is substantially burdened under RFRA because its owners or board have a sincere religious objection to a government requirement, they can make exactly those claims to try to exempt themselves from anti-discrimination and other workers’ rights laws. The Hobby Lobby majority tried to downplay this concern by Justice Ginsburg, but specifically mentioned only that laws banning racial discrimination should be safe from this claim. For example, what about laws banning discrimination based on gender and sexual orientation? The 5-4 majority opinion is almost an invitation to businesses to further distort RFRA by making such claims. 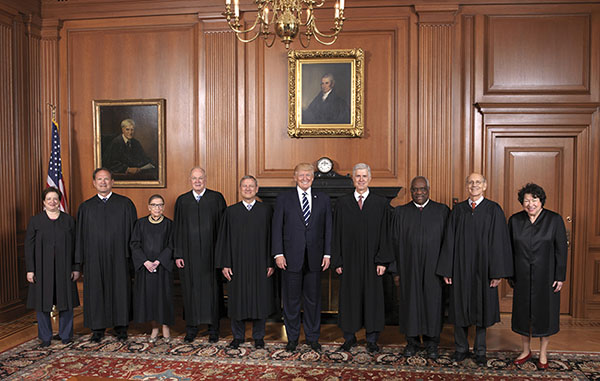