This week marked the start of a second consecutive term of the Supreme Court without a full roster of nine justices. For months, Senate Republicans have refused to hold a confirmation hearing—and, in some cases, to even meet with—President Obama’s Supreme Court nominee Judge Merrick Garland, despite being considered to be perhaps the most qualified Supreme Court nominee in modern history. Members of both parties have applauded his judicious temperament, deep legal knowledge and fair-minded approach to dealing with difficult cases. 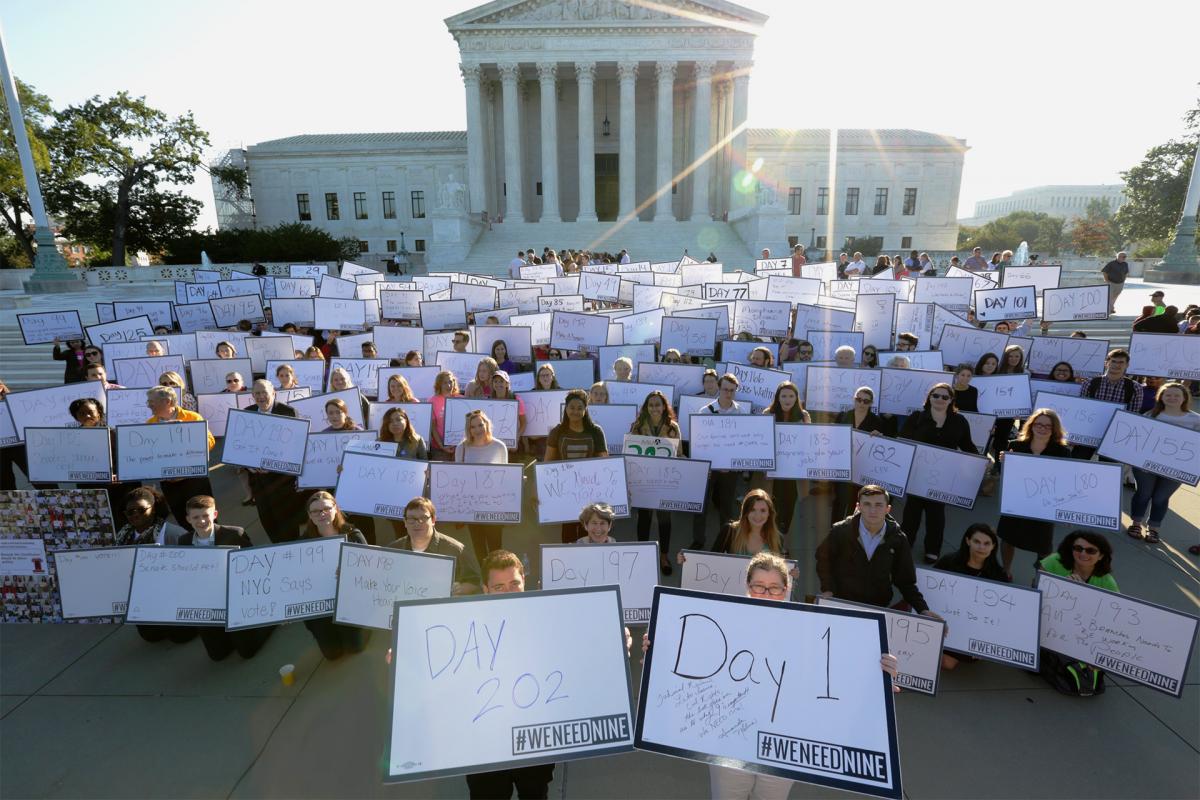 To mark the record-breaking 202 days since Garland’s nomination, PFAW and a cadre of allies assembled a crowd of more than 200 people to hold signs calling on Senate Republicans to do their job by holding a hearing and a vote. Speakers at the rally included organizational leaders, such as PFAW’s own executive vice president Marge Baker, as well as the lead plaintiff in the landmark 2015 marriage equality decision, Jim Obergefell. The bipartisan event also featured Republican voters who are fed up with the relentless obstructionism of their leaders in the Senate. 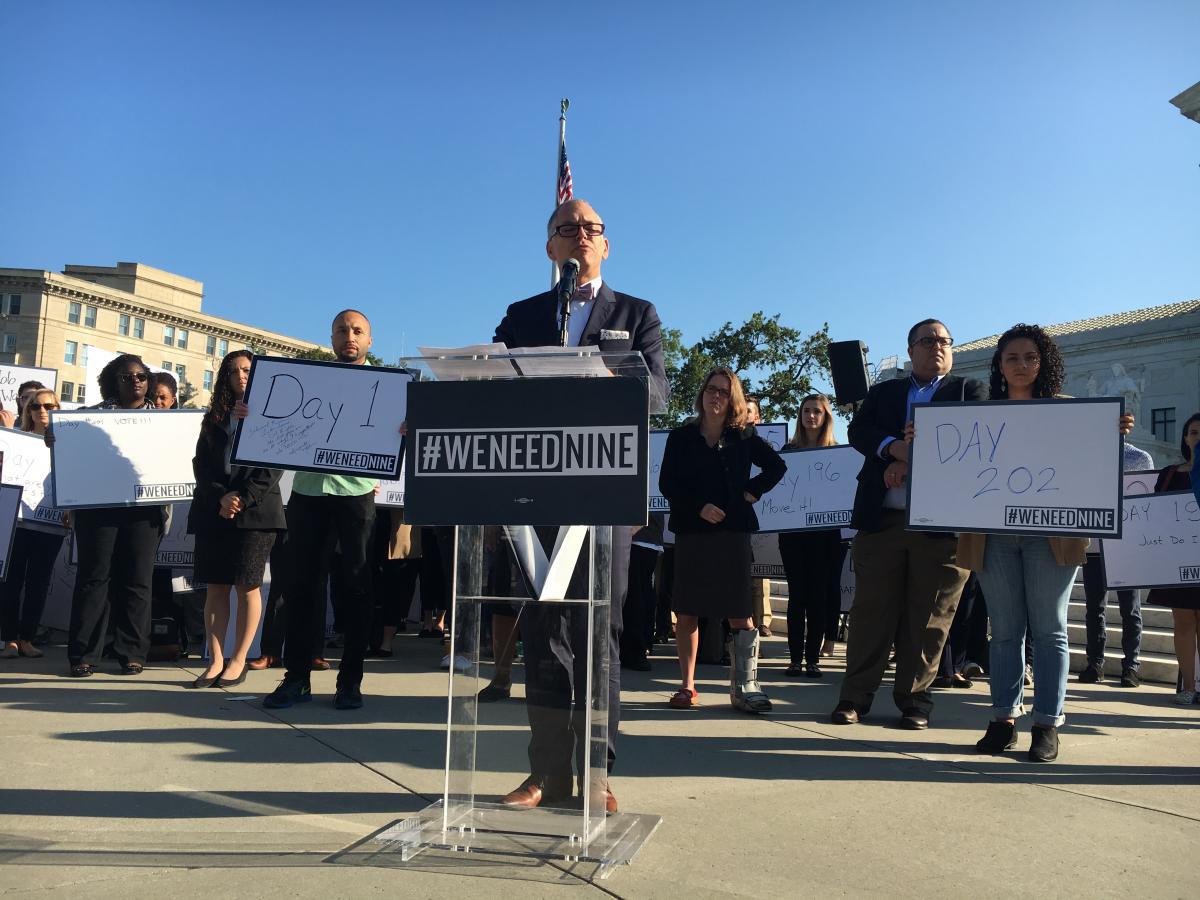 Because of the Supreme Court vacancy, in recent months a number of critical issues have been left unresolved. Cases pertaining to immigration, affirmative action, and reproductive health have been left hamstrung by a deadlocked court, with cases being sent back down to lower courts because of the inability to break a tie. With the highest judicial body in the United States unable to resolve issues that affect millions of Americans, now more than ever people must tell Republican members of the Senate to #DoYourJob. 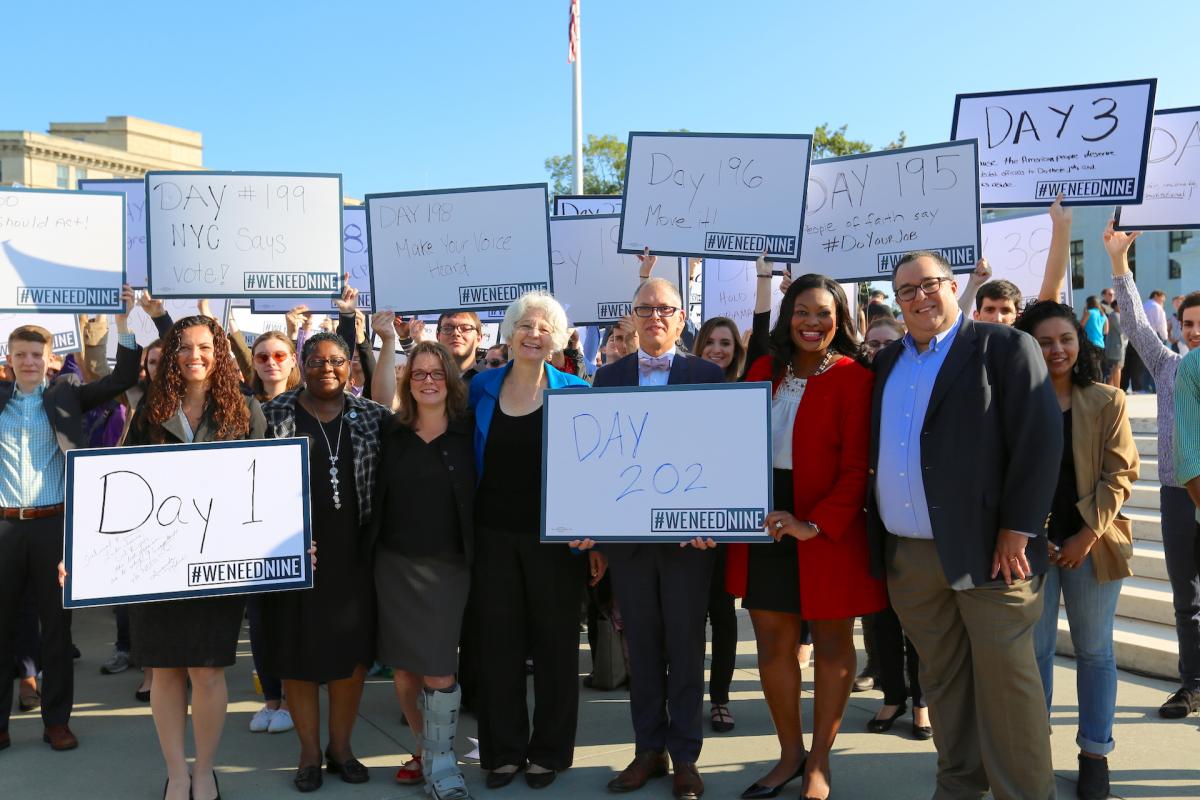