I Fled Persecution In Iraq, But Now I Fear For My Future In America 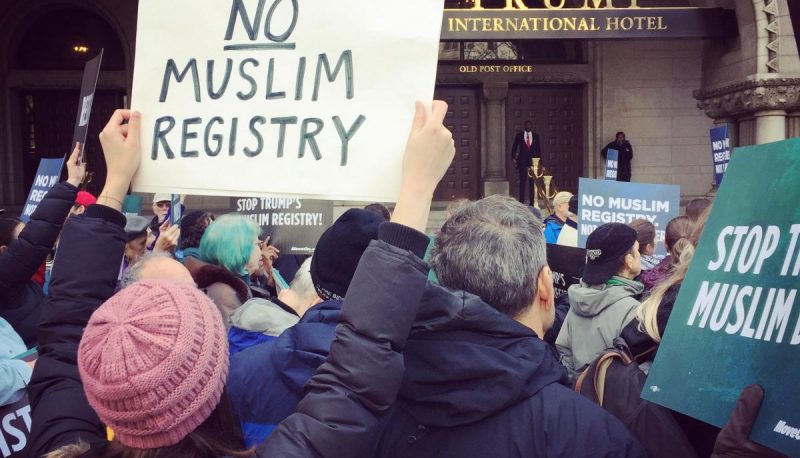 Last week President Trump issued a “new” executive order targeting refugees and immigrants from six Muslim-majority countries. While it includes changes from the first order, make no mistake: this is another Muslim ban. Just like his previous anti-immigrant executive order issued back in January, this new ban is a blatant violation of the First Amendment. It is unconstitutional, un-American, and the latest proof that the Trump administration is determined to discriminate against individuals based on their religious backgrounds.

As an Iraqi permanent resident in the United States, my country of origin has now been removed from the list of banned countries. But I still stand against Trump’s immigration policies. I still fear for my future in this country. I worry that that future is now dangerously unpredictable and I simply don’t feel safe anymore. What makes that feeling worse is the fact that I fled Iraq because of religious persecution; religious freedom is what made America feel like home for me.

While many people read about our changing immigration policies in the news, these shifts have affected me personally. I recently got the chance to visit my family in Australia over Christmas. It had been 12 years since last time I saw them. Fortunately, I happened to come back to the U.S. a few days before inauguration, but I am not sure where I would be today if I returned after Trump issued his travel bans. Now, and after eight years of “extreme vetting” to receive my green card, I am uncertain if my status is secure because of the frequent and sweeping policy changes.

It is clear that Trump’s anti-immigrant policies are wrong ― and for a wide range of reasons.

First of all, they undermine the American way. From enabling the building of a wall near the southern border with Mexico, to banning individuals from six Muslim-majority countries from entering the United States, these policies undermine the core values of the United States: liberty, freedom of religion, and equal justice under the law.

Second, these types of policies put the Unites States’ national security in danger. Banning refugees from coming to the United States is not going to make this country safer, but it may do exactly the opposite. Terrorist groups such as ISIS take advantage of anti-immigrant and anti-Muslim policies to help recruit new members. These policies reinforce ISIS’s false propaganda which claims that Muslims don’t belong in the West.

Anti-immigrant policies also encourage racial profiling. For example, on February 21, Secretary of Homeland Security John F. Kelly released two new memos that seek to expand the pool of immigrants who are prioritized for deportation, expedite deportations, deport immigrants who are charged but not convicted with a criminal offense, and enable local law enforcement officials to act as immigration law enforcers. These policies are grounded in the absolutely false idea that immigrants are a threat, and they risk increased racial profiling of minorities and racism towards immigrants. Generalizing all immigrants by suggesting they pose a threat to our national security simply because of their country of origin or religious backgrounds is not only unfair, but also a lie. A report by the American Immigration Council shows that crime levels among immigrants are significantly lower than among native-born American citizens.

Finally, anti-immigrant policies jeopardize our economy. The immigration policies of Trump and his team continue to reinforce the myth that immigrants are taking jobs away from American citizens, and that they are a financial burden to federal, state, and local governments. This is simply not true. Immigrants contribute greatly to this country’s economic prosperity. In 2013, immigrants added $1.6 trillion to the United States’ GDP. Immigrants also play a crucial role in America’s job market. On average, small businesses owned by immigrants provide jobs for about four million people in the United States.

Fortunately, some of our leaders are seeing through the myths and working hard to fight Trump’s discriminatory policies. Last month, Ithaca’s Common Council unanimously approved an ordinance that declared the city the newest sanctuary for immigrants in the state of New York. In Minnesota, Representative Ilhan Omar introduced a bill that would make the state a sanctuary by protecting immigrants from being arrested without a judicial warrant. Among other measures, the bill restricts local law enforcement officers from acting as federal immigration officers. Elsewhere, elected officials are creating sanctuary schools.

It is our duty as citizens of the world to protect and shelter those in need, not to discriminate against them. Our constitutional values are under threat, and we owe it to ourselves, our children, and future generations to do everything we can to protect those values.