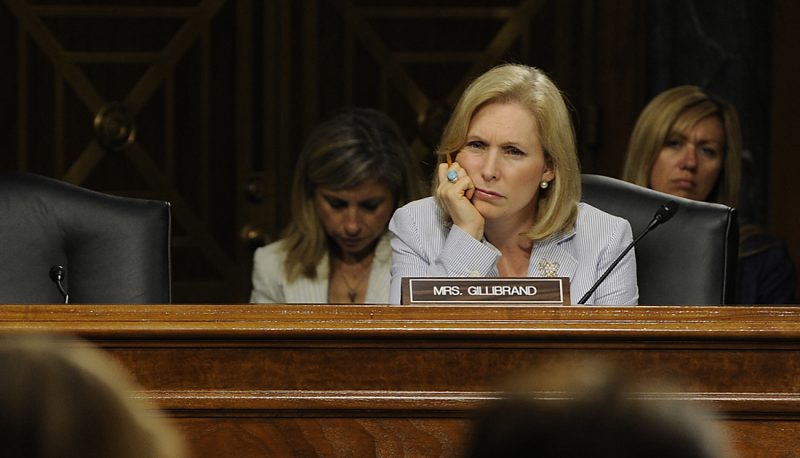 The House of Representatives was first out of the gate in addressing Congress’ harassment and discrimination problem. Now it’s time for the Senate to follow suit. People For the American Way was among seventy organizational allies that wrote to the Senate on March 19 and urged them to take up—and improve on—the legislation that the House passed back in February. While there is much work yet to be done on the full range of workplace discrimination complaints facing Congress and the nation, these bills provide a strong foundation. Our Senate letter follows below and is available, with signers, here. Click here to view the House letter.

As organizations committed to advancing and protecting civil and human rights, equality, access to justice, and transparency, we urge the Senate to act quickly to address discrimination and harassment within the legislative workforce.

Despite the longstanding prohibitions against sexual harassment and sexual assault, these behaviors continue to infect our workplaces and deny workers equal employment opportunities, safety, and dignity. For too long, victims of harassment and assault have lived in silence because of fear of jeopardizing their safety, jobs, financial security, and career prospects, while too often perpetrators—often powerful men—have escaped accountability for their actions, enabled by many who have turned a blind eye to these transgressions. No workplace is free of harassment, whether in the entertainment industry, restaurant kitchens, or the halls of Congress.

It has been reported that four in 10 women on congressional staff said that sexual harassment is a problem on Capitol Hill, and a whopping “one in six said they personally had been victimized.” Additionally, the revelations over the past several months of misconduct by members of Congress and staff members show that the problem is real and these numbers are perhaps only the tip of the iceberg.

Given the severity of the harm and urgency of the moment, we applauded House passage of H.R. 4924, the Congressional Accountability Act of 1995 Reform Act, and H. Res. 724, and we believe that they provide a strong foundation for Senate action. Your colleagues in the House of Representatives worked on a bipartisan basis to pass strong reforms expeditiously. The American people expect no less from the United States Senate.

We recommend the following improvements to H.R. 4924:

We also support extending the protections in the CAA to individuals alleging discrimination or harassment under the Genetic Information Nondiscrimination Act of 2008.

The Senate bill must include the reforms passed in H. Res. 724.

While the nation awaits Senate consideration of H.R. 4924, the House has already begun implementing the crucial reforms contained in H. Res. 724. One of the most important reforms, and one we consider essential to the effectiveness of any new statutory scheme to address harassment and discrimination, is the creation of an Office of Employee Advocacy, which would provide legal assistance, counsel, and representation to staff as they maneuver through the internal CAA process. This office would play a critical role in leveling the playing field between employing offices and staff who otherwise may be intimidated and overwhelmed by the CAA process and/or cannot afford legal counsel. The dedicated women and men who work in the legislative workforce deserve nothing less.

The House resolution also mandates that House offices adopt anti-harassment and anti- discrimination policies. Any Senate reforms must do the same, as such internal policies are the minimum baseline of efforts to prevent workplace harassment and discrimination.

While the above recommendations are not exhaustive, they reflect some of the key changes that are needed to strengthen the legislative workforce’s reporting and dispute resolution process. Our organizations have a wealth of expertise and stand ready to assist you. We look forward to working with you in the coming days.