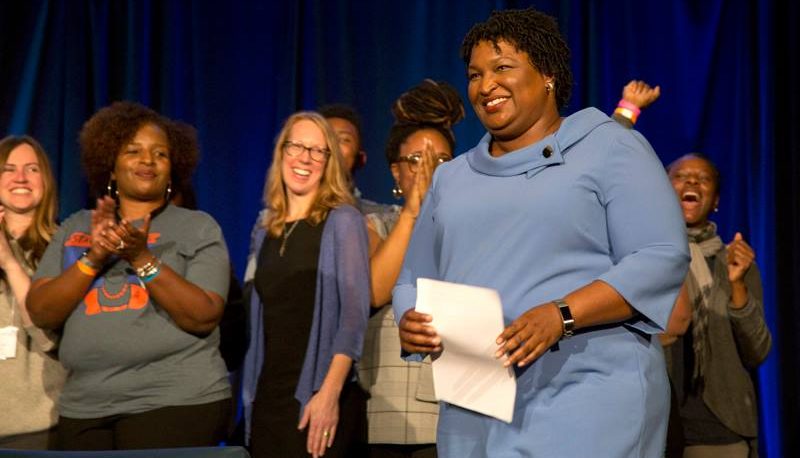 During Stacey Abrams’ response to the president’s State of the Union address, she pointed out the need to confirm fair-minded judges to our federal courts. During the 2020 presidential primary, progressives should follow Abrams’ lead and call for 2020 presidential candidates to lay out a clear vision for confirming fair-minded constitutionalists to the federal judiciary, including the Supreme Court.

Historically, Democratic presidential candidates haven’t said much about their vision for the Court, nor have progressives asked them to. But on the other side of the aisle, Republicans are expected to speak frequently about the importance of nominating “strict constructionists” by activists who want a judiciary stacked with narrow-minded elitists who protect corporations, the wealthy and the powerful over all Americans.

Reflecting on Republicans’ vision for the Court, People For the American Way Vice President for Communications and Research Drew Courtney wrote in Medium:

That strategy has paid tremendous dividends, not just in the Right’s success in hand-selecting narrow-minded elitists like Neil Gorsuch and Brett Kavanaugh for the Supreme Court, but also in its ability to place countless right-wing ideologues on the lower federal courts and to torpedo nominees they feared might betray them on key issues, like Harriet Miers. Particularly after Kavanaugh’s confirmation to replace Anthony Kennedy, it’s clear that right-wing activism has succeeded at putting hard-won rights previously protected by the Court in serious danger.

Courtney continued that it is time for progressives to understand that the courts are a top-tier issue not just during a general election, but during the primary contest. This means standing strong for the vision of America that most voters want: a country with fair-minded constitutionalists who uphold the values of equality and justice for all.