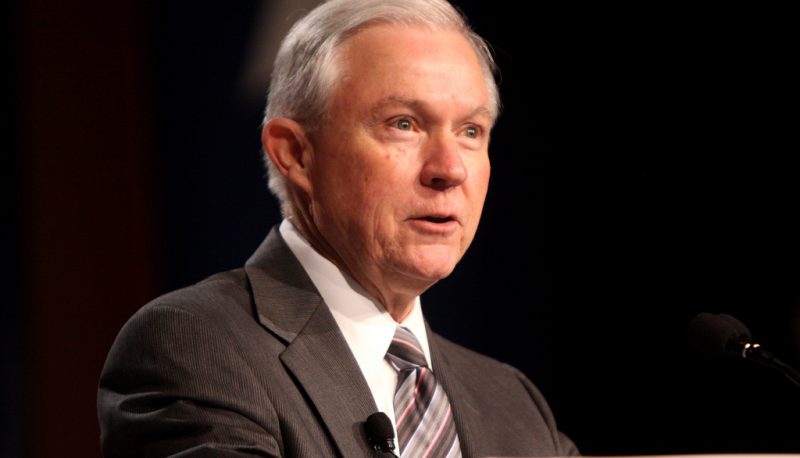 When it comes to demonizing immigrants and employing dog whistles to the racist and nativist Right, Donald Trump has never been all that subtle. He launched his presidential campaign with vicious attacks on Mexican immigrants, earning an early endorsement from a neo-Nazi website. And last week he chose his stridently anti-immigration attorney general, Jeff Sessions, to deliver the news that his administration is rescinding the DACA program, which has provided temporary protection from deportation to about 800,000 people brought to the U.S. as children.

When Trump nominated Sessions to be attorney general in spite of his disastrous record on civil rights, progressive advocates noted that he had “spent years making a name for himself as one of the Senate’s most extreme anti-immigrant voices.” As attorney general, he has overseen changes in immigration enforcement that have ripped families apart and deported law-abiding people who are playing important roles in their communities.

On DACA, Trump has tried to have it both ways, meeting with evangelical supporters of DACA and declaring that he has a “great heart” for DACA participants—popularly known as DREAMers—and publicly agonizing over his decision about the program’s future. And after widespread outrage at Sessions’ announcement, Trump told reporters he wants to work with Congress to fix the program.

But there was no hint of that ambivalence in Sessions’ announcement, which referred three times to “illegal aliens” and repeated lies about immigrants’ impact on jobs and public safety. During the speech, Breitbart’s White House correspondent tweeted that Sessions was “going full Breitbart with this announcement.”

Sessions said the Trump administration’s policies would protect workers, increase wages and salaries, and further the lives of millions who are struggling economically. When Politifact asked the Department of Justice for evidence to back up Sessions’ claims that DACA had denied jobs to hundreds of thousands of Americans, DOJ sent over a couple of op-eds produced by the Center for Immigration Studies, an anti-immigration organization with historical ties to white nationalism. In a takedown of Sessions’ remarks, Slate’s Mark Joseph Stern noted that a study by the libertarian CATO Institute says repealing DACA will actually cost employers $2 billion and the federal government $60 billion.

Sessions called DACA a “unilateral executive amnesty”—even though the program is temporary and grants no long-term legal status to participants, much less a path to citizenship. “Amnesty,” of course is the weaponized rhetoric of anti-immigration forces, who apply it to any reform measure that falls short of mass deportation.

Sessions also talked about safety and prosperity and the rule of law, warning that DACA promotes crime, violence, terrorism and lawlessness. But DREAMers must have a clean criminal record to become a DACA recipient.

In August, Trump endorsed the RAISE Act, which would slash legal immigration. As People For the American Way’s Taif Jany noted at the time, Trump “lied about the facts to try and garner support for this reprehensible plan”:

In his remarks, Trump claimed that issuing a million green cards every year disadvantages working-class Americans and harms our economy. This couldn’t be any further from the truth. In 2016 alone, immigrants added an estimated $2 trillion to the U.S. GDP. More than 40 percent of Fortune 500 companies were founded by immigrants or the children of immigrants. Additionally, immigrants play a critical role in improving and growing small businesses across the country, which has shown to reduce the unemployment rate nationwide.

In reality, the U.S. economy and its aging population need the younger workers that immigration brings to America.

Presumably to reduce sympathy for DACA participants, Sessions said they are “mostly adults,” which, while not a false statement, hides the fact that most DREAMers were under the age of 7 when they were brought to the U.S.; many have little memory or connection to countries to which the administration would deport them.

Finally, Sessions said the Department of Justice does not represent any “narrow interest” or “subset of the American people,” a seeming suggestion that supporters of DREAMers and other immigrants do represent a “narrow interest.”

Sessions is wrong on several counts. The Department of Justice does represent all Americans, but it also plays a crucial role in upholding and defending the civil rights of “subsets” of Americans whose civil rights have been denied through the institutionalization of bigotry into discriminatory policies. Sessions’ comments reflect his and the Trump administration’s dangerously limited view of the federal government’s historical role in protecting the civil rights, including voting rights, of people who have seen those rights unjustly restricted and denied.

What’s more, recent polls show that huge majorities of the American people—including a majority of Trump voters—believe that DREAMers should be allowed to stay in the U.S, often the only country they have ever known. If anyone in this debate is representing a “narrow interest,” it is Sessions’ friends in the anti-immigration movement. 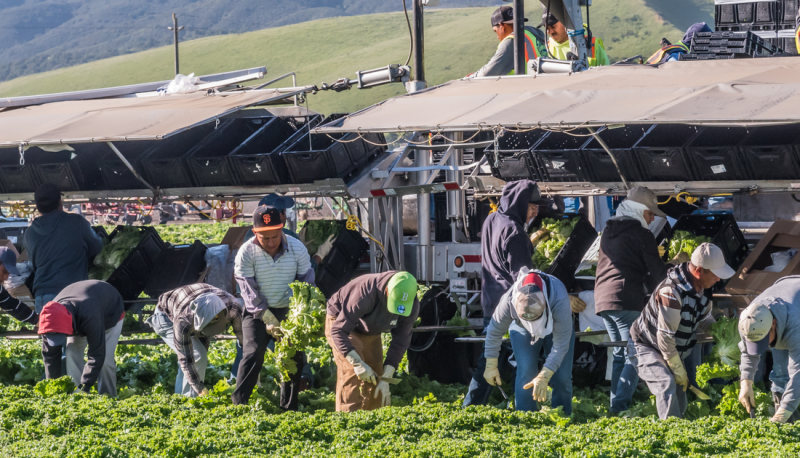