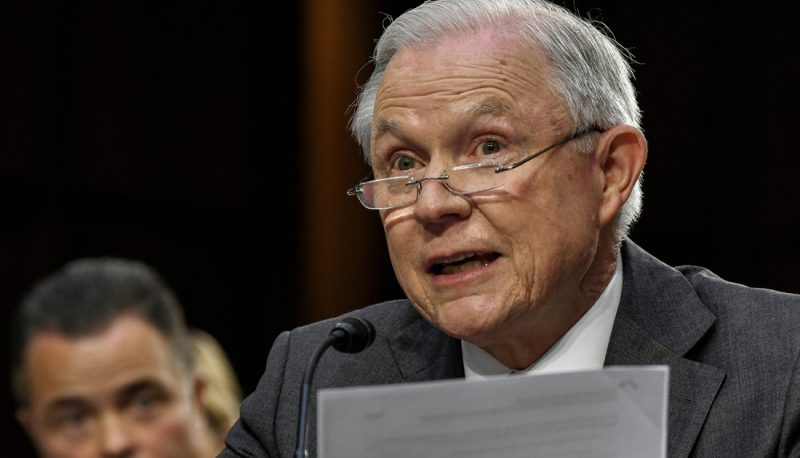 Jeff Sessions’ Department of Justice has released its long-awaited guidance on how the federal government should interpret and apply the First Amendment and the Religious Freedom Restoration Act (RFRA) to all federal government programs. The guidance addresses a number of issues, but one message rings clearly throughout: Sessions wants to empower people to ignore laws that religiously offend them, even if it hurts third parties.

Those third parties are frequently women who want to make their own reproductive decisions and people who are LGBTQ. The message of today’s guidance is that these and other targets have few if any legal rights that their antagonists need to respect.

Of course, the document doesn’t say that explicitly. But this is Donald Trump’s fulfillment of a promise he made to Religious Right organizations both as a candidate and as president. Although much of the Religious Right’s agenda is unpopular with the American people, and Congress would be wary of adopting it, the Trump administration has been acting to further the movement’s ability to transform religious liberty from a shield into a sword.

Among other thing, the guidance adopts certain aspects of the so-called First Amendment Defense Act (FADA)—a key legislative priority of the Religious Right— as administration policy. FADA is extreme legislation that has not been passed even by the GOP-controlled Congress. For instance, it would prohibit federal grants and contracts from being conditioned on a religious grantee/contractor taking action (or refrain from taking action) in violation of its religious beliefs. Religious social service providers, for example, would be able to use federal funds to discriminate against LGBTQ people in hiring and services.

Under the Religious Freedom Restoration Act (RFRA), the federal government can enforce laws that impose a significant burden on religious exercise only if it has a compelling interest, and if the regulation/law/requirement is narrowly tailored to serve that interest. But the new guidance, demonstrating the dangerous distortion of religious liberty by the Supreme Court’s conservatives in the Hobby Lobby case, redefines “significant burden” to essentially cover being offended. The administration’s new guidance also downplays harm to innocent third parties by someone acting on their religious belief. It trumpets that “RFRA applies even where a religious adherent seeks an exemption from a legal obligation requiring the adherent to confer benefits on third parties.” According to Sessions, the third party can avoid harm from the religious entity only if protecting that third party is the least restrictive means of achieving a compelling governmental interest.

Today’s memorandum also interprets the Establishment Clause in a way that erodes the separation of church and state. For instance, the administration takes the position that any government program open to the public must also be fully open to religious entities. As an example, it cites the Supreme Court’s limited ruling in Trinity Lutheran Church striking down a state requirement that government funds for playground improvement not go directly to churches. While the Court limited its ruling to the facts of the case, the administration adopts the approach as a general rule. Historically, to comply with the Establishment Clause, the government has avoided directly funding sectarian education and missionary activities. That sometimes means treating religious and non-religious groups differently in order to maintain government neutrality toward religion. But today’s guidance seems to frame differential treatment not as a result of the Establishment Clause, but as unconstitutional violations of religious entities’ Free Exercise and Equal Protection rights.

The guidance includes the assurance that it “does not authorize anyone to discriminate on the basis of race, ethnicity, national origin, sex, sexual orientation, or gender identity in violation of federal law or change existing federal and state protections.” Unfortunately, to the extent that the guidance defines existing law as permitting discrimination, that is a meaningless assurance.

But it does bind the executive branch and how it carries out the responsibilities given to it by Congress. So unless and until the courts or Congress step in, today’s guidance can have a significant detrimental impact on millions of people.