Thousands of progressive activists convened in Philadelphia at the 2019 Netroots Nation conference to connect, learn and strategize about fighting the Trump administration, and advancing a progressive agenda before a critically important election year.

As a conference sponsor with three staff members moderating or speaking on panels, PFAW’s presence at Netroots was prominent

To kick off the panel, Ocampo said “This is what winners look like,” generating enthusiastic applause. Each participant shared their experiences combatting racism and sexism during their campaigns. Not only did their opponents and their supporters use their race, ethnicity, and gender against them, but in some cases, their opponents used their ages to argue they lacked the necessary experience. The panelists expressed that their campaign wins demonstrate to other progressive women of color considering bids for office that candidates do not all have to fit a certain mold to run-and win. Ocampo echoed, “They are winning because they are progressive and authentically themselves.”

Anna Eskamani: “The assumption to that point was that the Democrat who would win this seat would have to fit a certain vision of what a winner looks like.” @AnnaForFlorida #Netroots #NN19 pic.twitter.com/4sd6OdTsPI

Despite systemic barriers, each panelist emphasized that there needs to be a continued push to get more young women of color elected and noted the critical role that PFAW’s Next Up Victory Fund played during their campaigns. Rep. Lee stated, “People are realizing that we don’t have to settle for the image of what we think a politician is,” and stressed that diversity is necessary in public office to bring forward new perspectives and better represent diverse communities.

The U.S. Right and the Rise of Authoritarianism Around the World

Fri 9am: The U.S. Right and the Rise of Authoritarianism Around the World

Stan emphasized that “the far Right is not fringe; it is at the heart of power,” explaining the involvement of U.S. right-wing leaders in growing the power of xenophobic authoritarian politicians in Europe, where far-right parties recently won 25 percent of the seats in the European Union Parliament.

Stan also stated that “the far Right is a global movement,” because in each of its incarnations across the world, its leaders share the same thematic philosophy of fighting against the “other.” There is no one figure who is responsible for the movement, Stan said; rather, people like Trump and Steve Bannon are products of it and build off each other to bring right-wing extremism to a global scale.

Whose Courts? How Progressives Can Transform the Courts (and Win In 2020)

Fri 1:30pm: Whose Courts? How Progressives Can Transform the Courts (and Win in 2020)

On July 11, PFAW Senior Director of Outreach and Public Engagement, Diallo Brooks participated in a panel on the progressive movement’s role in transforming our federal courts. The panel was moderated by Keith Thirion, director of outreach for Alliance for Justice, and featured Reggie Hubbard, congressional liaison and Washington D.C. strategist for Move On, Kadida Kenner, campaign director for Pennsylvania Budget and Policy Center, and Anisha Singh, director of judicial nominations at Planned Parenthood.

Brooks discussed the importance of nominating fair-minded constitutionalists who are “values driven and looking for justice for all” through the courts. He also underscored the potential that the 2020 election has as a progressive turning point for the justice system.

The panelists noted that the blatantly partisan corruption that surrounded Brett Kavanaugh’s nomination to the Supreme Court in 2018 acted as a catalyst for many progressives as it opened people’s eyes to the importance of impartiality in our judicial system.

Anisha Singh: "Everyone was finally seeing just how corrupt the system is and just how partisan our judicial system has become." @Anisha_S113 #Netroots #NN19 pic.twitter.com/SWNo7rmeGW

Brooks noted that the 2020 presidential candidates need to understand the repercussions that judicial nominations have and should articulate their plans to restore balance to the court system, saying, “We need to make sure the courts are reflective of the values that we want to see in their country.” 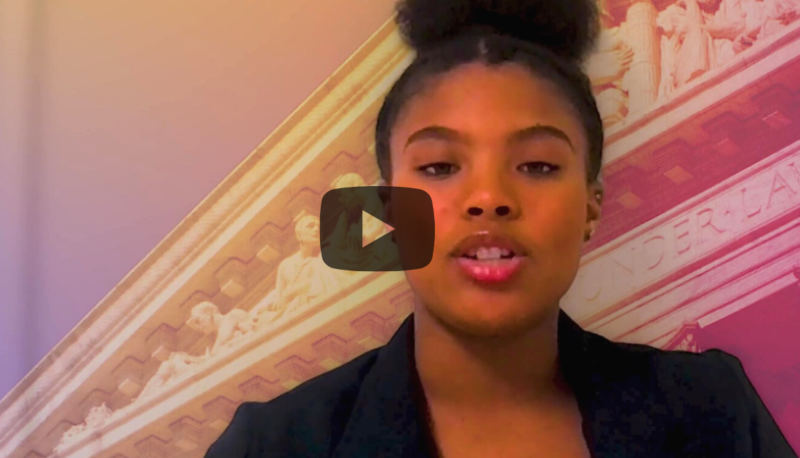