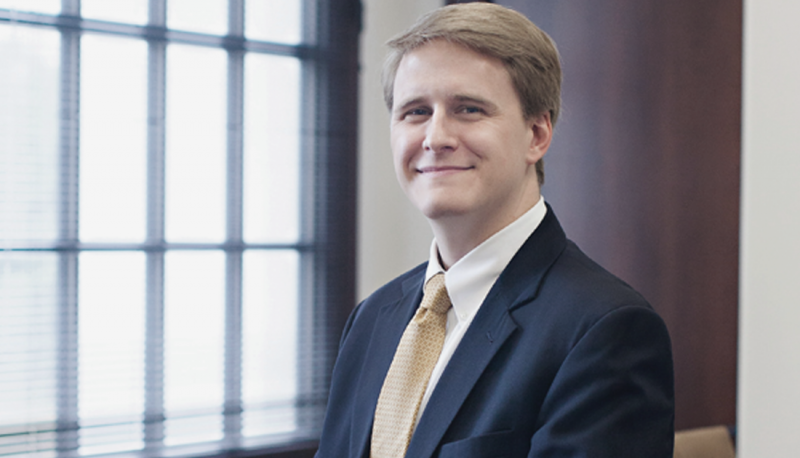 On April 10, President Trump nominated Andrew Brasher to be a district court judge in the Middle District of Alabama. The Senate Judiciary Committee held Brasher’s hearing on June 6. His committee vote is scheduled for June 28. People For the American Way wrote to committee members to express our opposition to the Brasher nomination. You can download our letter here.

On behalf of the hundreds of thousands of members of People For the American Way across the nation, we write in opposition to the nomination of Andrew Brasher to be a district court judge in the Middle District of Alabama. His work in the state’s solicitor general’s office reflects his own extreme vision of the law and demonstrates that he is unqualified for a lifetime position in our federal judicial system.

In 2011, Brasher chose to leave private practice at a major law firm in Birmingham to join the solicitor general’s office, where his sole client would be the state of Alabama. The state is well known for its hostility to abortion rights, civil rights, LGBTQ equality, immigrant rights, and other core constitutional values.

One example indicates the type of policies that Brasher chose to shift his career to defend in court: In June of 2011, just a few months before he joined the solicitor general’s office, Alabama enacted harsh legislation targeting undocumented immigrants. The law was drafted by the notoriously anti-immigrant Kris Kobach,i and both its supporters and opponents considered it the strictest such law in the nation.ii Condemned as “an outrageous throw-back to the pre-Civil Rights era,”iii the law had many disturbing provisions. For example, it:

In finding several of the law’s provisions unlawful, a unanimous panel of the Eleventh Circuit stated:

[W]e are convinced that Alabama has crafted a calculated policy of expulsion, seeking to make the lives of unlawfully present aliens so difficult as to force them to retreat from the state.v

There were no surprises as to the type of extreme legislation Brasher would be called upon to defend in his position in the state’s solicitor general’s office. It is no stretch of the imagination to assume he shared his chosen client’s radical ideology, including the belief that judges should interpret the law in ways that permit and reflect his extremism.

Brasher has also defended numerous laws severely restricting women’s ability to exercise their right to abortion pursuant to Roe v. Wade and Casey v. Planned Parenthood. One particularly disturbing litigation decision illustrates his cavalier approach to the integrity of our federal court system. This occurred in a case defending a Targeted Regulation of Abortion Providers (TRAP) law similar to one subsequently struck down by the Supreme Court in Whole Woman’s Heath v. Hellerstedt. In that case, Brasher introduced two allegedly expert witnesses that the trial judge, in striking down the TRAP law, found to be of dubious honesty. In particular, the judge concluded that one of the witnesses “displayed a disturbing apathy toward the accuracy of his testimony” and noted that his research “seemed to be driven more by a bias against abortion and a desire to inflate complication rates than by a true desire to reach an accurate estimate of the dangerousness of abortion procedures.”ix Regarding the second “expert” witness Brasher offered, the judge concluded that he “lacks judgement, is dishonest, or is profoundly colored by his bias.x

Zealous representation of one’s client in no way justifies an effort to perpetrate a fraud upon the court. The lack of integrity manifest in Brasher’s litigation decision severely undermines any claim that he is qualified for a lifetime position as a federal judge. We strongly oppose his confirmation.