Judicial Nominees Should Be Committed to Brown v. Board—Oppose Wendy Berger - People For the American Way
Skip to main content 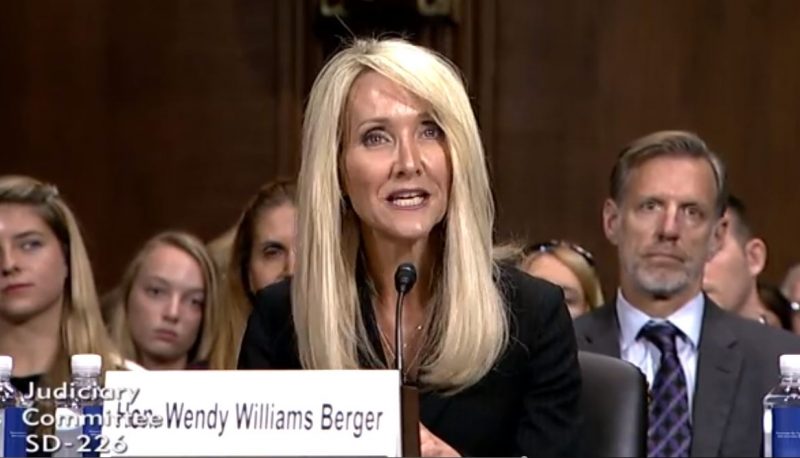 On April 10, 2018, President Trump nominated Wendy Berger to be a federal judge in the Middle District of Florida. The Senate Judiciary Committee held Berger’s hearing on October 17, 2018 and reported her to the full Senate on February 7, 2019. Floor votes are expected the week of July 22. People For the American Way wrote to senators to express our opposition to the Berger nomination. You can download our letter here.

On behalf of our 1.5 million supporters nationwide, People For the American Way opposes the nomination of Wendy Berger to be a federal judge in the Middle District of Florida. During her hearing testimony, she failed to state whether she thought Brown v. Board of Education had been rightly decided. Agreement with Brown is a core belief that is indispensable to a lifetime position on the federal bench.