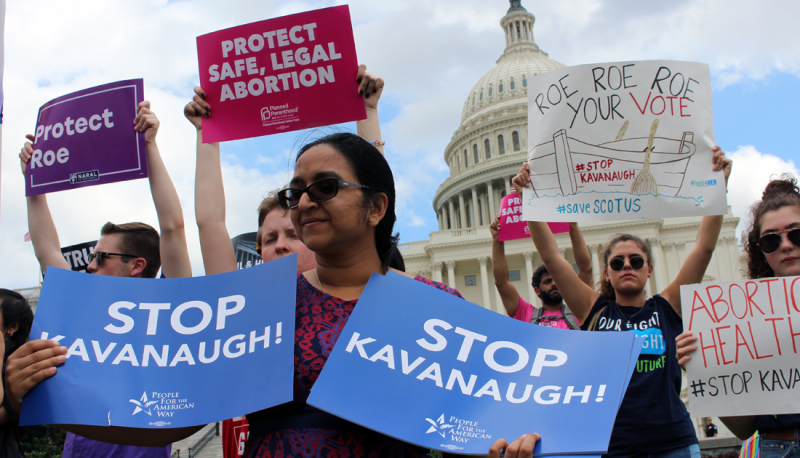 The saying goes “If you’re not outraged, you’re not paying attention.” Affiliated PFAW Foundation Board Member and Academy Award-nominated actor Kathleen Turner has boldly embodied this motto for decades, but another feeling is sinking in: fear.

Far-right Republicans have long waged a campaign to attack the reproductive rights of women and LGBTQ people—including access to contraception, paid parental leave, affordable and comprehensive health care, and affordable child care. Now with Donald Trump at the helm, they are looking to pack the courts with anti-choice zealots who will go even further. None will be more influential than Brett Kavanaugh, who will be the deciding vote if confirmed to the Supreme Court.

If Kavanaugh is confirmed and Roe is overturned, it would be up to state legislatures to do as they please with women’s basic rights, leaving millions of American women—primarily low-income women—without critical and often life-saving reproductive options.

We only have to look at Brett Kavanaugh’s record and his own words to  know that this would indeed become our grave new reality. Kavanaugh ruled against the birth control mandate in the ACA and tried to allow the Trump administratin to block an undocumented minor from exercising her right to an abortion. He ruled that women with intellectual disabilities can be subjected to medical procedures regardless of their wishes and praised Chief Justice William Rehnquist for his dissent in the Roe v. Wade case. Meanwhile, states like Mississippi and Louisiana are trying to advance bills that will criminalize abortion after 15 weeks and are counting on Trump judges to sign off on the legislation.

We must mobilize and make our voices heard. Talk to your neighbors, family members, and friends about the consequences of another Trump justice. As Turner said: “Raise hell, and most important, call your senators and tell them to vote no on Brett Kavanaugh.”