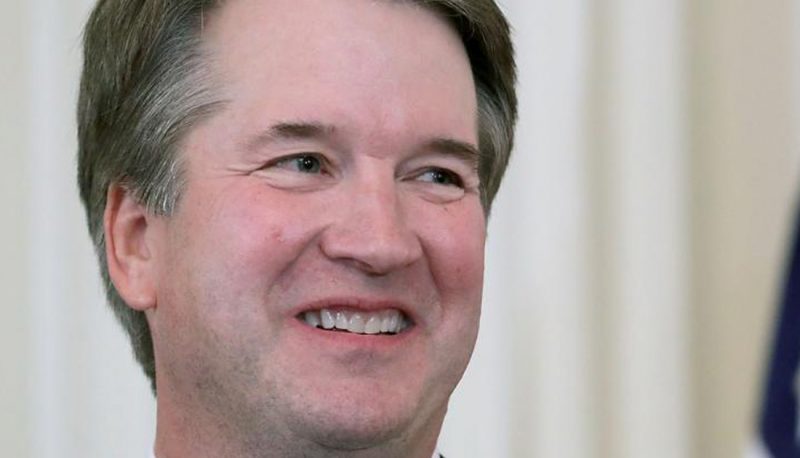 One important question on the Senate Judiciary Committee’s questionnaire for Supreme Court and other judicial nominees asks them to describe the ten most significant cases they have decided. In his response to the questionnaire he submitted last Friday, Judge Brett Kavanaugh begins by explaining that he included the first nine on the list because “the position expressed in my opinion,” whether in the majority or in a dissent “was later adopted by the Supreme Court.” But in two of the six dissents included in those cases, his claims about the Supreme Court’s “adoption” of the position in his dissenting opinions are false and misleading.

In Wesby v. D.C., Kavanaugh is correct in pointing out that the Court “unanimously reversed” the majority opinion and accepted his view of qualified immunity favoring police officers. He is also correct that his dissenting view was adopted by the Court in three other cases, including the Free Enterprise Fund case concerning the constitutionality of the Public Company Accounting Oversight Board, the White Stallion decision concerning cost-benefit analysis by the EPA and the recent Jesner ruling that foreign corporations cannot be sued under the Alien Tort Statute. However, Kavanaugh fails to point out that these opinions were far from unanimous; each was divided 5–4, with the four moderate justices vigorously dissenting.

More importantly, Kavanaugh is flatly wrong in claiming that the Supreme Court adopted the position expressed in his dissent in Priests for Life. As he explained, that case concerned whether a federal regulation requiring religiously-affiliated organizations that objected to the Affordable Care Act mandate to provide contraceptive coverage to fill out a form notifying insurers of their objection is a violation of the Religious Freedom Restoration Act (RFRA). A D.C. Circuit panel upheld the rule and rehearing by the full Court was denied; Kavanaugh dissented vehemently from the denial of rehearing. In both his questionnaire answer and his opinion, he argued that because the regulation imposed a “substantial burden” on religious free exercise and was not the “least restrictive means” of accomplishing the government’s objective, it violated the RFRA. He did not suggest that the parties try to work out the dispute, but that the court rule for the plaintiffs. Kavanaugh went on to state that the Supreme Court vacated the majority opinion and remanded the case “for further analysis,” thus suggesting that the Supreme Court had, in his earlier words, adopted his position.

This is clearly incorrect.

In the Court’s 8–0 opinion in Zubik v. Burwell, which vacated decisions in D.C. and elsewhere on the same issue, the Court stated quite explicitly that it was expressing “no view” on the merits of the case and, “[i]n particular,’ that the opinion ’does not decide whether the petitioners’ religious free exercise was “substantially burdened” by the regulation or whether it was the “least restrictive means” to accomplish its goal. Instead, the Court’s action was taken because post-argument submissions by the parties suggested that there could possibly be an “accommodation” reached through negotiation that would resolve the case without deciding those and other issues, and vacated the prior decisions so that lower courts could try to work out such an arrangement. Although it is quite possible that a narrow Court majority will agree with Kavanaugh’s view if he is confirmed to the Supreme Court, the Court simply did not do so in Zubik, contrary to his questionnaire answer.

On another case, Jones v. United States, Kavanaugh is similarly misleading in his questionnaire response. In that case, a D.C. Circuit panel ruled that it violated the Fourth Amendment to attach a GPS device to a suspect’s vehicle and use it to track location. Kavanaugh dissented from a decision to deny full court rehearing, but suggests in his questionnaire answer that he disagreed only with the panel’s rationale. He describes his dissent as a “separate opinion suggesting” that the panel should have considered and based its decision on the specific argument that the police violated the suspect’s Fourth Amendment rights by “trespassing on his property” to install the GPS device, and claims that the Supreme Court later “agreed with the position espoused in my separate opinion.”

Kavanaugh’s description in his answer is misleading. In his “separate opinion,” which was specifically characterized as a dissent, he stated explicitly that he agreed with an additional dissent that argued that the panel’s decision was wrong because it was “inconsistent” with prior precedent. Kavanaugh went on to suggest that another reason that the Court should grant rehearing was to consider the property-based Fourth Amendment argument. But it was not Kavanaugh’s “position” that this argument was correct; to the contrary, he stated specifically in his dissent that he didn’t “yet know” if he agreed with it.

It is correct that a property-based view of the Fourth Amendment was an important basis of the unanimous Supreme Court decision affirming the DC Circuit panel opinion that focuses on the attachment of the GPS device to the vehicle. The D.C. Circuit panel opinion had pointed out that the GPS device was “installed” on the suspect’s car “without a valid warrant.” But the other Fourth Amendment theory relied on primarily by the D.C. Circuit panel — that the GPS installation and use violated the suspect’s reasonable expectation of privacy — was also relied upon by the Supreme Court. In fact, four justices made clear that only that rationale was correctly applied; even the justices who used the property-based rationale explained that the “reasonable expectation of privacy” analysis also supported the decision.

In sum, Kavanaugh’s claims that by upholding the D.C. Circuit opinion from which he dissented, the Court agreed with his position is clearly misleading and inaccurate for two reasons. He did not, in fact, advocate the position that the GPS use was improper based on a property-related rationale, and agreed with a dissent that claimed the panel decision was wrong. And the Supreme Court did not reject the D.C. Circuit’s analysis and substitute another rationale that Kavanaugh actually agreed with.

Whatever Kavanaugh’s intent in his questionnaire answers, they demonstrate a clear misreading of Supreme Court decisions and his own opinion, mislead the Senate Judiciary Committee, and fail to answer broader concerns about his extreme record of dissents on the D.C. Circuit, where he dissented more often than any other active judge and disagreed with even his conservative Republican colleagues. No matter their political leanings, Americans deserve a Supreme Court justice whose answers demonstrate a cogent understanding of Court decisions and whose responses illuminate, not obfuscate, their record.