In America, even sincere and long-held religious beliefs do not trump the constitutional rights of those who happen to have been out-voted.

He dismissed the opposing arguments — including that the ban was good for the state’s economic stability and birth rates — out of hand, noting, “These arguments are not those of serious people.”

The judge has stayed the ruling for now, meaning that Kentucky couples can’t immediately begin marrying. But the decision is a significant victory for LGBT families in the Bluegrass State, where activists have fought courageously for equal rights for many years. Congratulations, Kentucky! 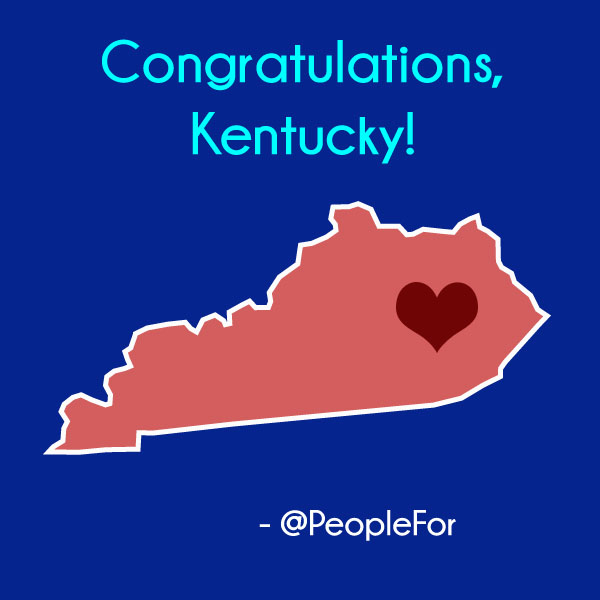