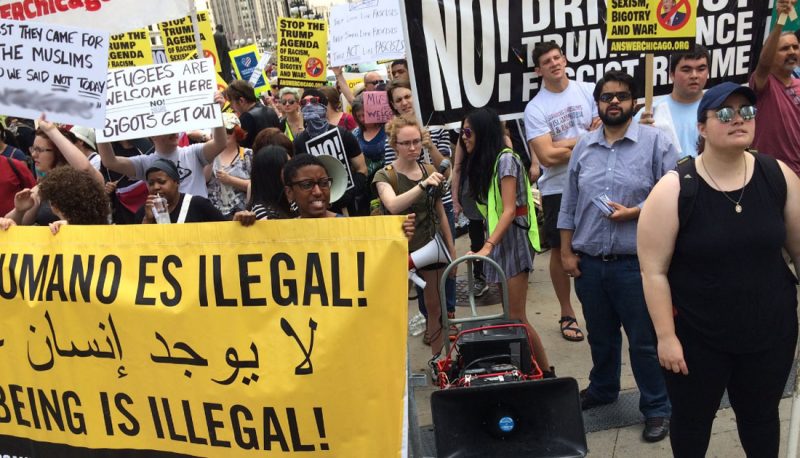 In the wake of a rising number of anti-Muslim attacks, the introduction of “anti-sharia” state laws, and a president that knowingly provokes fear and hatred of religious and ethnic minorities, the “March Against Sharia” events that took place last month were a despicable attempt to paint American Muslims as un-American. ACT for America, the group that organized the events, has long promoted dangerous and baseless stereotypes in order to garner attention for anti-Muslim and anti-immigrant policies.

In a powerful op-ed in the Washington Post, Khizr Khan, the father of a fallen Muslim-American soldier and a People For board member, responded:

Other conservative Christians who rub shoulders with prominent Republican officials have argued that Islam is not a religion but a totalitarian ideology, and that therefore American Muslims are not protected by the First Amendment’s guarantees of religious liberty. Some of those who refrain from saying such things decline to speak out against those who do.

This is a dangerous form of divisiveness that is completely contrary to the spirit and letter of the Constitution. Intimidating and threatening communities on the basis of their religion goes against the core values of this country.

Read Khan’s full op-ed about the importance of rejecting this bigotry.