Kids Are Counting on Congress to Protect Their Health 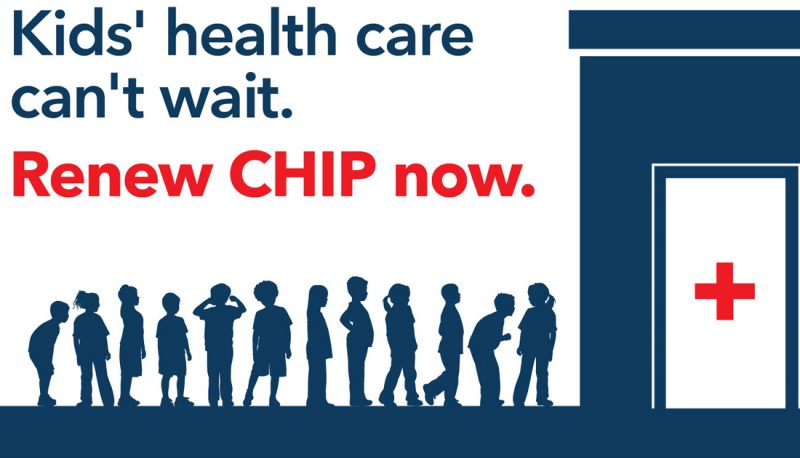 Photo by The Children's Partnership

While President Trump and Republicans in Congress take a victory lap on the GOP tax scam, several human needs priorities need their attention. The Children’s Health Insurance Program (CHIP) helps fill a critical gap for children whose parents earn too much to qualify for Medicaid but too little to purchase private insurance. CHIP’s federal funding authorization expired at the end of September, and now families in many states are receiving notices that their CHIP coverage could soon end. There is never a good time to play this kind of politics, and the holiday season is an especially cruel time to force parents to make difficult choices about their children’s health. People For the American Way is among the more than 1,000 national, state, tribal, and local organizations, led by First Focus, urging Congress to extend CHIP funding now. You can download our December 21 letter, with signers, here.

As leading national, state, tribal, and local organizations concerned about the health and well-being of America’s children and pregnant women, we are writing to urge you to immediately enact a strong, five-year extension of the Children’s Health Insurance Program (CHIP). As you know, CHIP funding expired almost three months ago on September 30, 2017 and as federal funding to the states is running out, families across the country are receiving disenrollment notices and face an uncertain future about their children’s health care just as they enter the holiday season. No family should feel the fear and worry of whether or not their child will have health care coverage. The most recent stop-gap measure passed in Congress to allow some states that have run out of funding to continue their programs is simply not enough for the 8.9 million children who rely on CHIP or for the states that need to plan for coverage. An immediate, long-term extension of funding for CHIP must be passed now.

For two decades, CHIP has been an essential source of children’s coverage, ensuring access to high-quality, affordable, pediatric-appropriate health care for children in working families whose parents earn too much to qualify for Medicaid but too little to purchase private health insurance on their own. It is a strong bipartisan state-federal partnership that gives governors broad flexibility to design their programs to target the needs of their child populations. CHIP has played a critical role in reducing the number of uninsured children by more than 68 percent, from nearly 15 percent in 1997 to less than five percent in 2015, while improving health outcomes and access to care for children and pregnant women. The children who stand to lose CHIP would likely have no other affordable coverage option available to them. The resulting increase in the rate of uninsured children would be an enormous step backwards.

Children and their families are counting on Congress to act now to extend CHIP funding for five years without any further delay or excuses. No family should go through the holiday season worrying about how to pay for their child’s health care or be forced to make choices about whether or not to see the doctor or go without the medication they need.