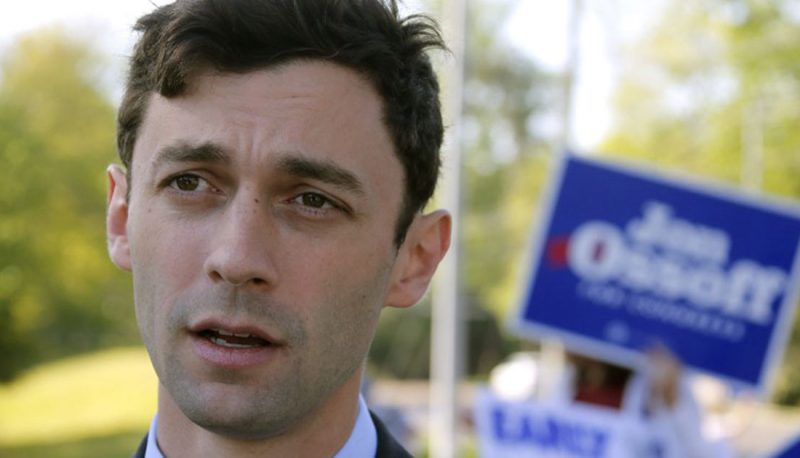 People for the American Way’s Latinos Vote! program is taking an innovative approach to reaching nontraditional audiences in the Georgia Sixth Congressional District special election. The race between Democrat Jon Ossoff and Republican Karen Handel is one of the most watched elections of 2017 drawing in millions of dollars for both sides. Many voters are being saturated with TV ads about the two candidates. But local polling has shown that much of the Spanish-speaking electorate is not being reached through the traditional “get out the vote” efforts. The latest campaign by Latinos Vote! will include bilingual pamphlets (see below) sent directly to 14,000 voters and digital ads targeting voters on their mobile phones in the district, which is about 13 percent Hispanic.

We announced our endorsement of Ossoff, a progressive running for the seat, before the primary election in April. Ossoff was born in Georgia and raised in the 6th district. He worked for Democratic Congressman Hank Johnson, who represents Georgia’s Fourth District, and represents the kind of candidate we need to see in the Trump era—one who is dedicated to getting money out of politics, defending reproductive healthcare, and protecting civil liberties and civil rights for all Americans.

Here is what we are seeing in Georgia’s Sixth District. Trump barely squeaked out a win against Hillary Clinton in the district beating her by just 1.5 percent, while Republican incumbent Tom Price won by 24 points. The district is made up of three counties – Cobb, DeKalb, and Fulton – which have very different demographics. Ossoff drew significant strength from irregular voters in the primary and must keep up the momentum to win this June. In addition to the new Latinos Vote! ad campaign, People For is calling on members near the district to volunteer and help get out the vote. Together, we will increase turnout across all three counties with an eye at flipping the 6th and giving the resistance a needed win!

Tuesday, June 20 is the big day when we’ll see if Ossoff can deal the GOP a huge blow by flipping a Republican stronghold! 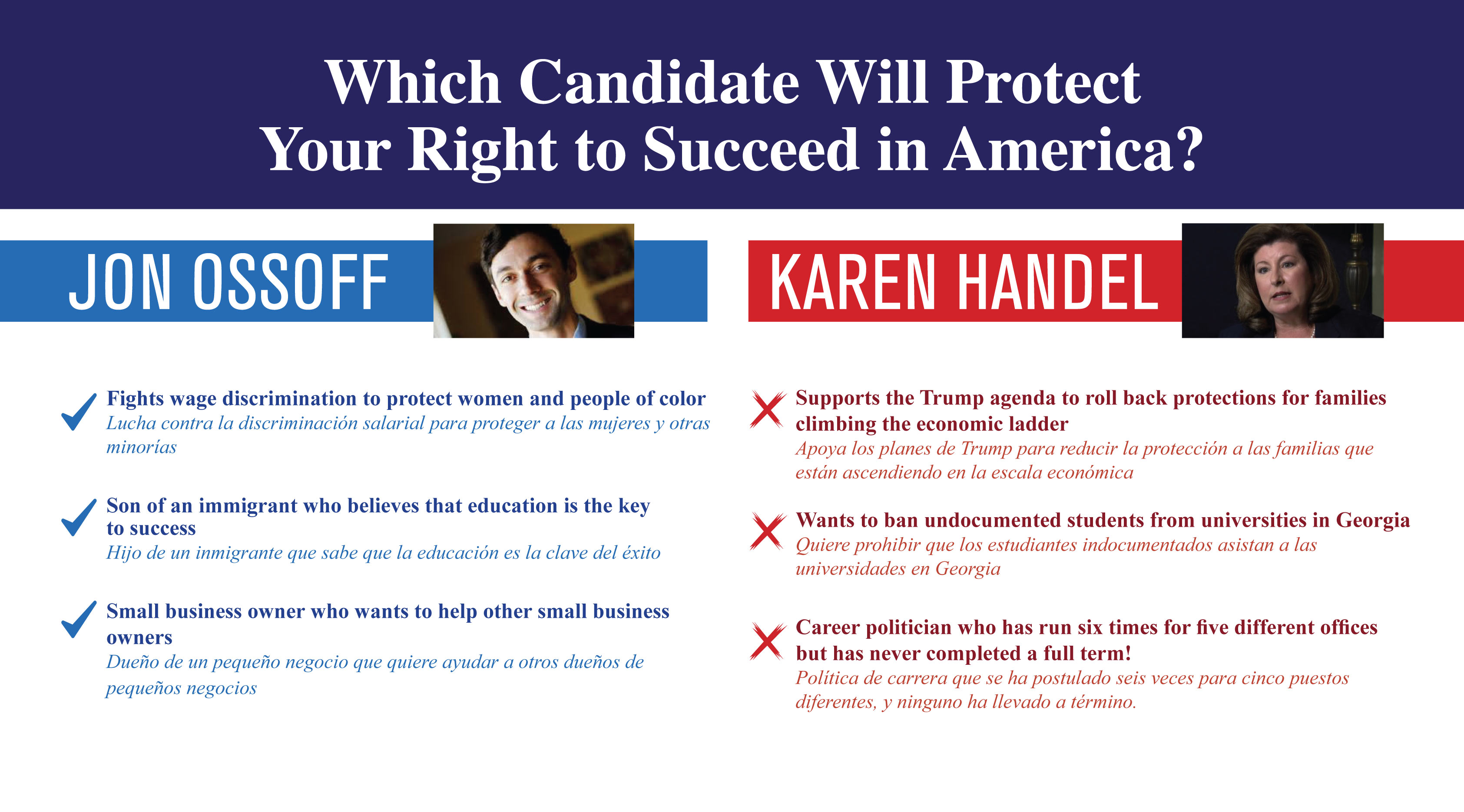 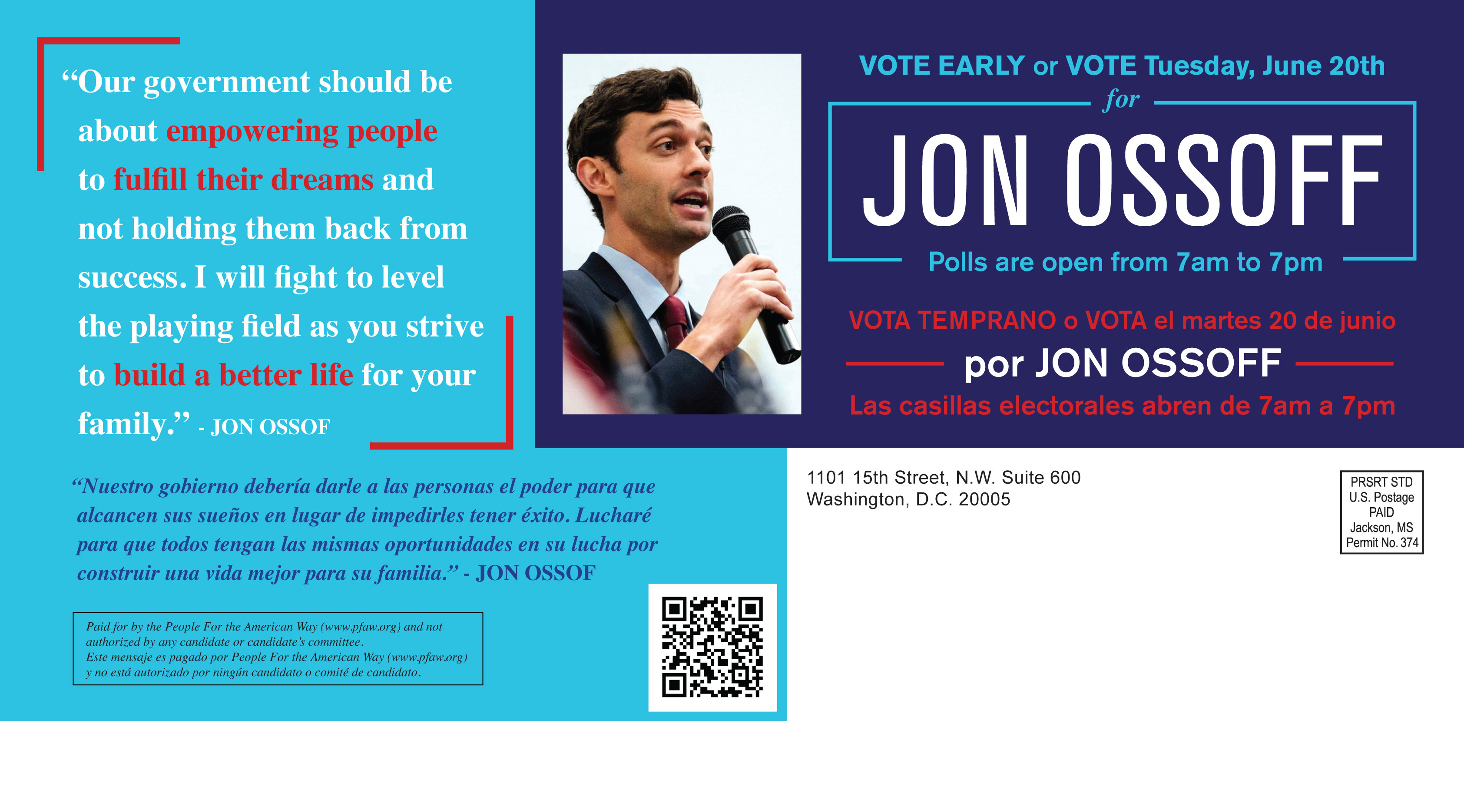 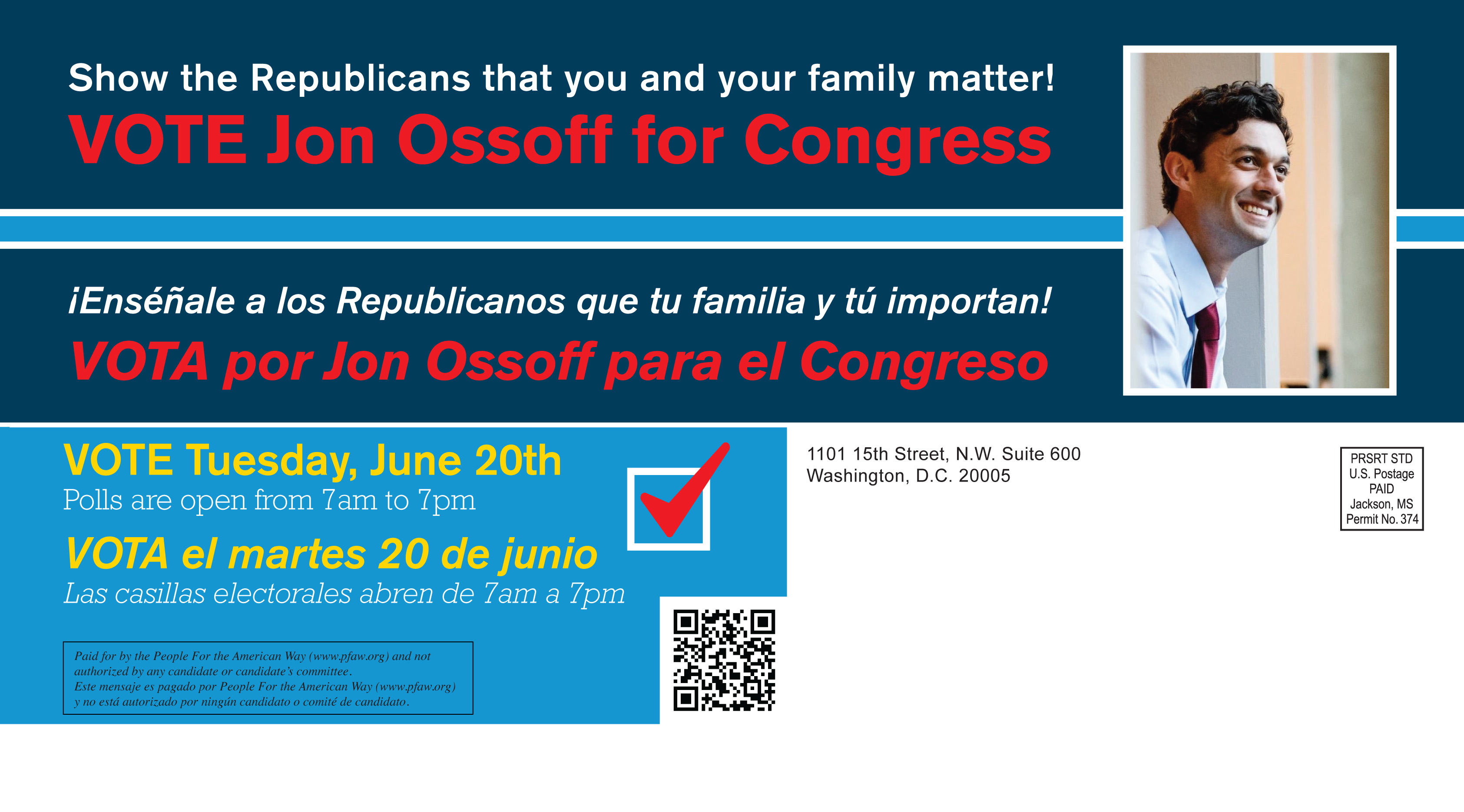 From MLK’s Alma Mater and John Lewis’s District, Reminders of the Power of Direct Action