Corporations Should Disclose Their Political Spending 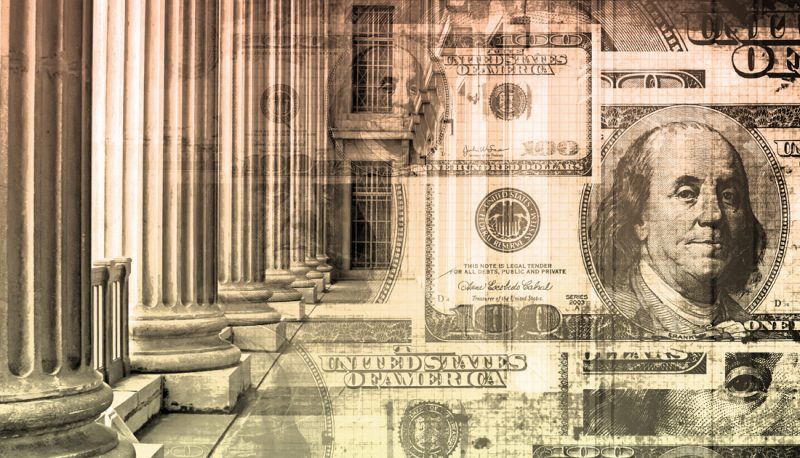 Poison pill policy riders are one of the political ploys that stand between everyday Americans and the programs on which they rely for their survival. These harmful provisions attack, weaken, and roll back protections for basic human needs and rights. They “ride” on government funding bills and other must-pass legislation because they couldn’t become law on their own merits. One issue area where riders have been used is campaign finance reform, including a rider to prevent the U.S. Securities and Exchange Commission (SEC) from requiring publicly traded companies to disclose political spending to shareholders. People For the American Way and allies are urging Congress to reject the anti-disclosure language in favor of investor demands and a strong, transparent democracy:

As you work to prepare any fiscal year 2018 appropriations bills or continuing resolutions, we respectfully request that you reject any language that would limit the Securities and Exchange Commission’s (SEC) ability to study, develop, propose, finalize, issue, or implement a rule requiring public companies to disclose political spending to shareholders.

Since the U.S. Supreme Court’s decision in Citizens United v. FEC came down in 2010, corporations have been allowed to spend unlimited undisclosed amounts of money to influence American elections and in turn affect policy outcomes. Noting the danger of “dark money” for both American democracy and the shareholders of the companies that are spending in secret, a strong coalition of diverse allies has been working together since the decision to bring corporate spending in politics into the light.

We, the undersigned organizations, believe the SEC should be allowed to and encouraged to move forward with the rulemaking that would require public companies to disclose to their shareholders and the public how they spend money in politics. This information is material to investors- the constituency the SEC is responsible for protecting.

The Supreme Court’s decision to give corporations the right under the First Amendment to spend unlimited funds from their corporate treasuries to support or attack candidates is troubling for several reasons, and investors concerned about the value of their investments and citizens concerned about the future of American democracy are looking to the SEC to take the action that so many investors have demanded and require disclosure of political spending.

Without direction from the SEC, there are no rules or procedures established in the United States to ensure that shareholders—those who actually own the wealth of corporations—are informed of, or have the right to approve, decisions on spending their money on politics. Investors want more disclosure in order to make sound investment decisions. That is why 1.2 million comments—the most in the agency’s history- have come into the SEC on this rulemaking petition from diverse stakeholders including the founder of Vanguard, John Bogle, five state treasurers, a bipartisan group of former SEC chairs and commissioners, and investment professionals representing $690 billion in assets.

We believe that the rider blocking the SEC from making progress on this rulemaking was inappropriately included in the appropriations process and that the budget should be free of any poison pill policy riders. We urge you to put forth a clean budget free of such riders, particularly the one impeding transparency for shareholders. We are grateful for your leadership and appreciate your consideration of this request to restore transparency and accountability to our democracy.