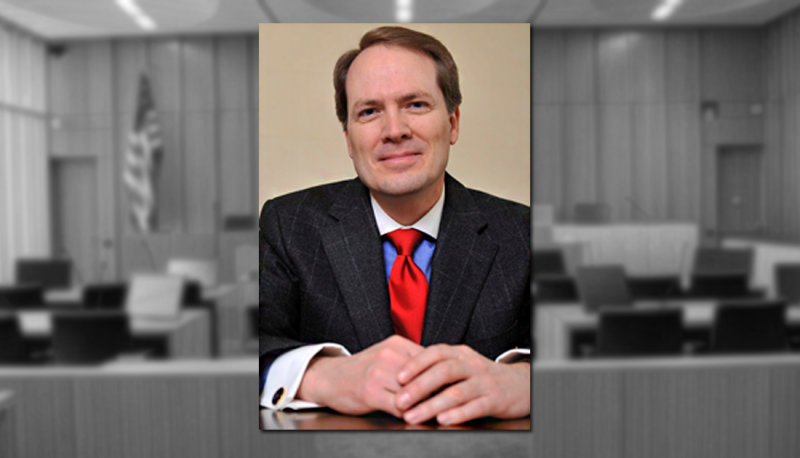 Update: In addition to People For the American Way’s own letter opposing the Nielson nomination, PFAW is among more than thirty organizations, led by Lambda Legal, that have called out Nielson’s long record of working to undermine protections for LGBTQ people. You can download the LGBTQ letter here.

On September 28, President Trump nominated Howard Nielson to a seat on the U.S. District Court for the District of Utah. The Senate Judiciary Committee held Nielson’s hearing on January 10 and has scheduled his committee vote for February 8. People For the American Way sent the following letter to committee members to express our opposition to the Nielson nomination. You can download this letter, with endnotes, here.

On behalf of our hundreds of thousands of members across the nation, People For the American Way opposes the confirmation of Howard Nielson to be a federal district court judge in Utah. His legal career repeatedly demonstrates contempt for the rule of law, which stands in stark opposition to a judge’s central role in our constitutional system.

Nielson played a role in the Justice Department’s notorious political hiring scandal under the George W. Bush administration. In June 2008, the Office of the Inspector General released a report shining light on the operation. Nielson was part of a screening committee to review applications for the Department of Justice Honors Program and the department’s Summer Law Intern Program (SLIP).i As with the federal civil service, applicants for these programs are required to be assessed on their merits for the job, without punishment or reward for their political affiliations. Indeed, the prohibition on political consideration is more than just an ideal; it is a requirement codified in the Code of Federal Regulations.ii

The OIG report found that “candidates with Democratic Party and liberal affiliations apparent on their applications were deselected at a significantly higher rate than candidates with Republican Party, conservative, or neutral affiliations.” Such politicization of public employment is toxic to a democracy, especially when carried out by the nation’s primary law enforcement agency.

Indeed, the magnitude of the threat is such that Inspector General Glenn Fine issued an unusual warning about the perpetrators when testifying to the Senate Judiciary Committee in 2008, after Nielson had left DOJ:

We agree with the inspector general: The politicized hiring system that Nielson participated in posed such an affront to the rule of law that he ought not be considered for another federal job. Yet President Trump has nominated Nielson for a lifetime position as a United States judge—a role requiring deep respect for the rule of law.

While at DOJ’s Office of Legal Counsel, Nielson was also part of the team that used dubious legal reasoning to provide legal cover for the Bush administration’s treatment of suspected terrorists taken into captivity, including torture. In 2005, he authored a memoiv concluding that the Fourth Geneva Convention does not apply to United States actions that occur outside of American territory or land under formal American occupation, a conclusion that war crimes expert and former State Department official Beth Van Schaack writes would “virtually gut” the treaty.v

The Bush-era OLC gained notoriety for its poorly reasoned legal claims that the president can ignore statutes passed by Congress and treaties to which the U.S. is a signatory that ban torture. More than a decade later, we have a president who repeatedly challenges our nation’s constitutional protections and democratic norms. It is crucial that Congress stand up as an independent branch of government with respect to such conduct. It is also crucial to the continuation of our democratic system of government that our federal judges be faithful to the rule of law.

Nielson’s unjudicial disrespect for the law has not been confined to his time at the OLC. One instance came in his representation of the proponents of Proposition 8, the California measure amending the state constitution to strip same-sex couple of the right to marry. Nielson urged federal district Judge James Ware to throw out the original district court ruling striking down Proposition 8, on the basis that its author—then-Judge Vaughn Walker—was gay, had a partner, and might one day want to marry.

Of course, Judge Ware rejected this argument, explaining fundamental constitutional concepts that Nielson is either unaware of or hostile to:

The fact that this is a case challenging a law on equal protection and due process grounds being prosecuted by members of a minority group does not mean that members of the minority group have a greater interest in equal protection and due process than the rest of society. In our society, a variety of citizens of different backgrounds coexist because we have constitutionally bound ourselves to protect the fundamental rights of one another from being violated by unlawful treatment. Thus, we all have an equal stake in a case that challenges the constitutionality of a restriction on a fundamental right. One of the duties placed on the shoulders of federal judges is the obligation to review the law to determine when unequal treatment violates our Constitution and when it does not. To the extent that a law is adjudged violative, enjoining enforcement of that law is a public good that benefits all in our society equally. Although this case was filed by same-sex couples seeking to end a California constitutional restriction on their right to marry, all Californians have an equal interest in the outcome of the case. The single characteristic that Judge Walker shares with the Plaintiffs, albeit one that might not have been shared with the majority of Californians, gave him no greater interest in a proper decision on the merits than would exist for any other judge or citizen.vi

Nielson’s choice to make this legal argument went far beyond zealous representation of his client. If adopted, his claim would have significantly weakened the foundation of our federal judicial system by labeling a targeted group as unqualified to serve as judges. It would have elevated a personal bias to legal doctrine. And it reflected at best a basic misunderstanding of the constitutional value of equal protection in our society.

Nielson’s discriminatory beliefs about judicial fitness may sound familiar to senators, because they resemble those of the president who nominated him. During the campaign, Trump claimed that a Muslim would be unable to serve as an unbiased judge in any case involving him,vii and that Judge Gonzalo Curiel had an “inherent conflict of interest” in the Trump University lawsuits due to his Mexican heritage.viii

If Nielson were to be confirmed, it is hard to imagine any LBGTQ litigant in his court feeling confident that the judge regards them as fully equal under the law.

They would not be alone. Nielson’s record demonstrates a disregard for the rule of law, without which a judge cannot fulfill their constitutional duties. Such a distorted vision of the role of the judiciary has always been disqualifying for a federal judicial nominee. With the frightening erosion of more and more democratic norms under Donald Trump, our nation’s Article III courts are more vital than ever in preserving our Constitution.

We urge you to vote against confirming Howard Nielson to be a federal district court judge.