On Wednesday, PFAW activists in Kentucky joined other activists representing ally organizations in delivering petition signatures to Sen. Mitch McConnell’s state office calling for amending the Constitution to overturn cases like Citizens United and get big money out of politics. Nationally, more than three million Americans have signed such a petition.

The delivery comes days before the Senate is set to vote on the Democracy for All Amendment (S.J. Res 19), a joint resolution that would amend the Constitution to overturn Citizens United and related cases. An overwhelming majority of Americans oppose the Supreme Court’s rulings opening the floodgates to unlimited money in our elections, with sixteen states and over 550 cities formally demanding that Congress vote to pass a constitutional amendment to allow common sense campaign finance rules to be enacted. 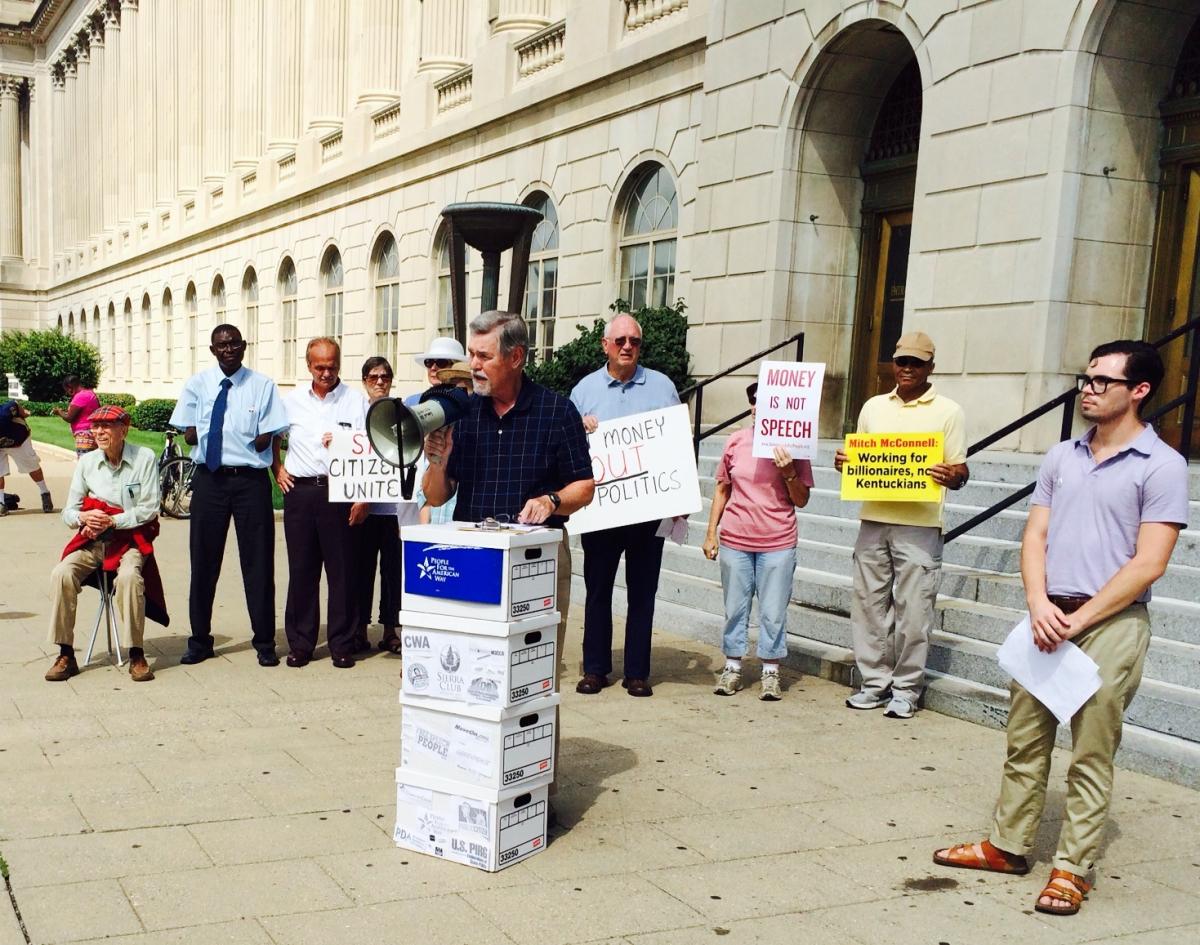 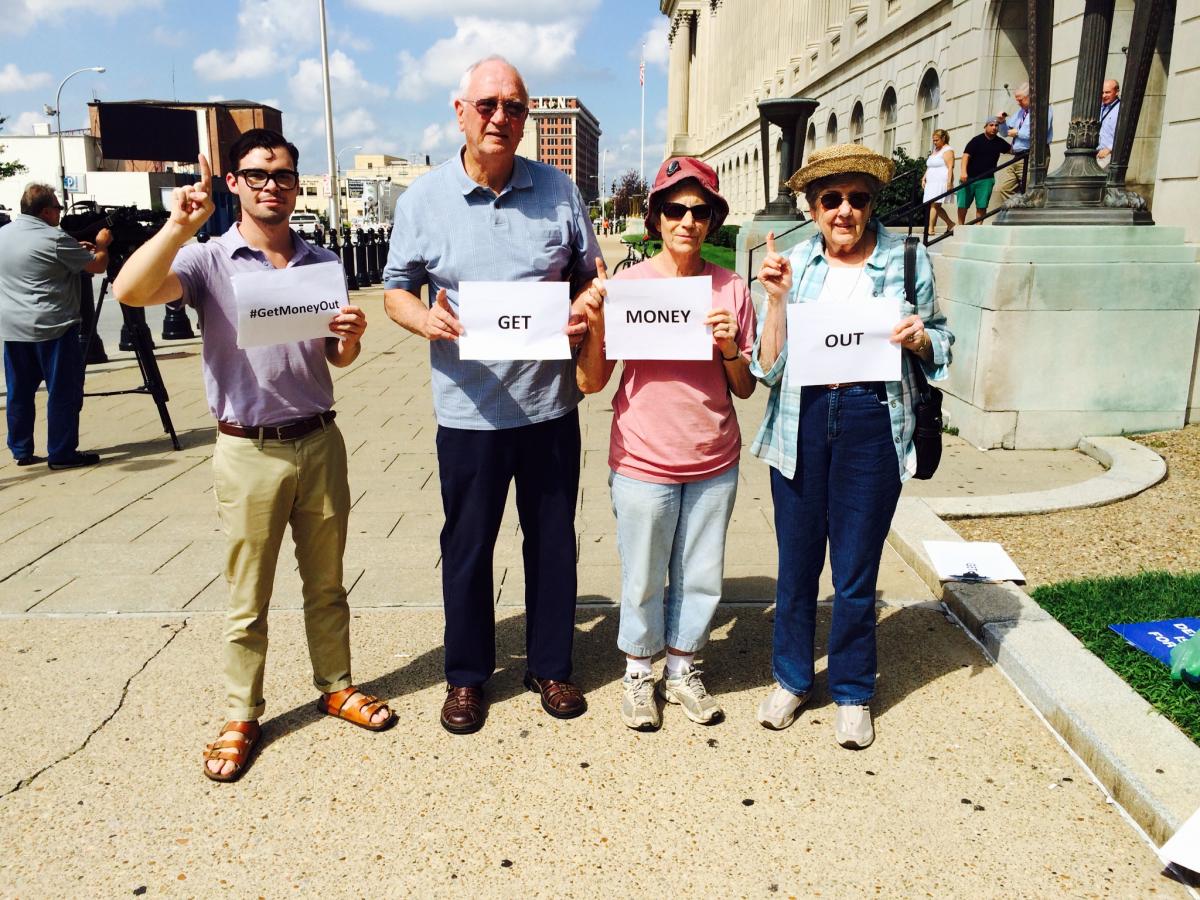 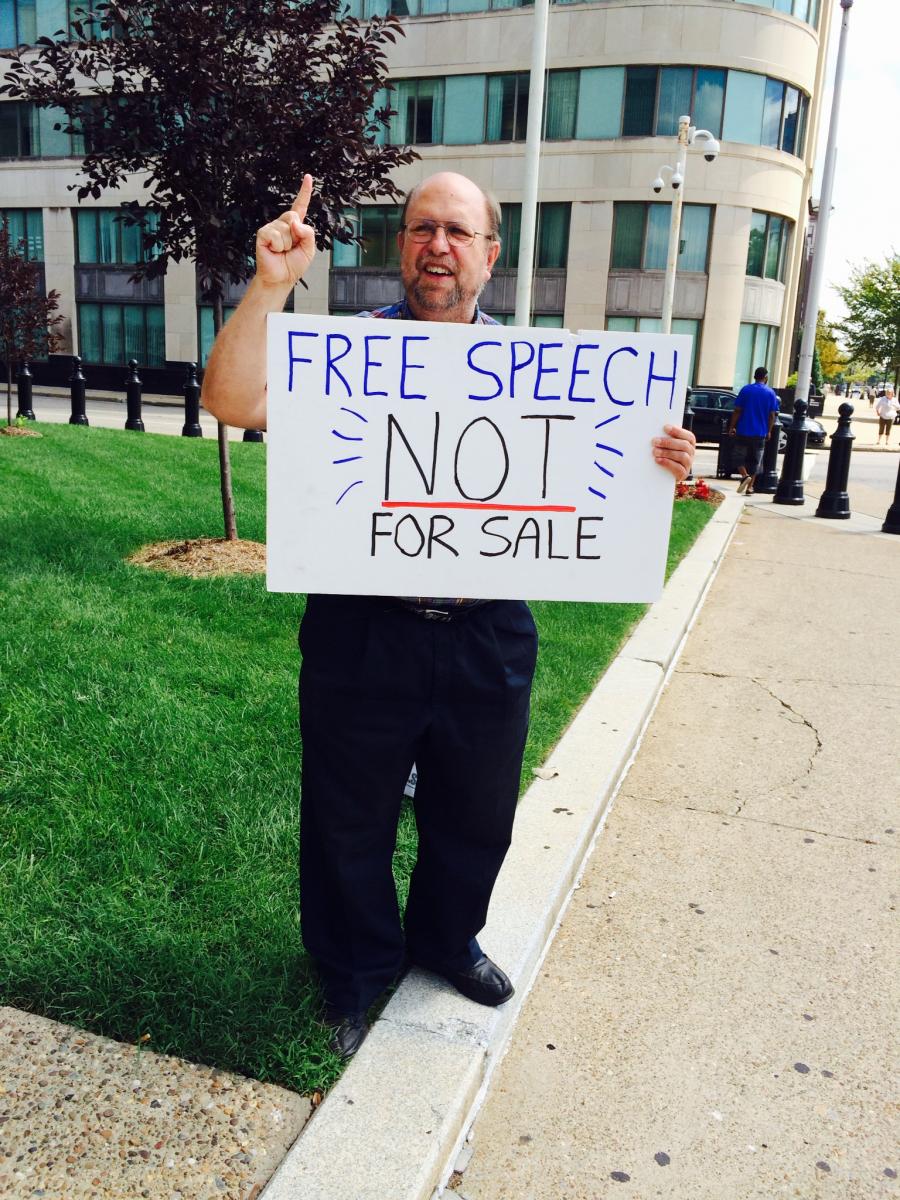 The event in Louisville is part of a nationwide push to make the Democracy for All Amendment our Constitution’s 28th Amendment. Rallies and petition deliveries also occurred in the state offices of nine other senators throughout the country.