Last week New York became the 17th state to formally call for a constitutional amendment to overturn Supreme Court decisions such as Citizens United. This landmark achievement came as the result of a multiyear collaborative campaign involving several advocacy groups including People For the American Way.

On behalf of the 156,000 PFAW members who live in New York, Government By the People Campaign Manager Rio Tazewell spoke at the state capitol in Albany on Wednesday to help commemorate this significant victory. After remarks from activists, organizational leaders, and lawmakers, a strategy session was held to discuss what comes next for democracy reform organizing in the state of New York. 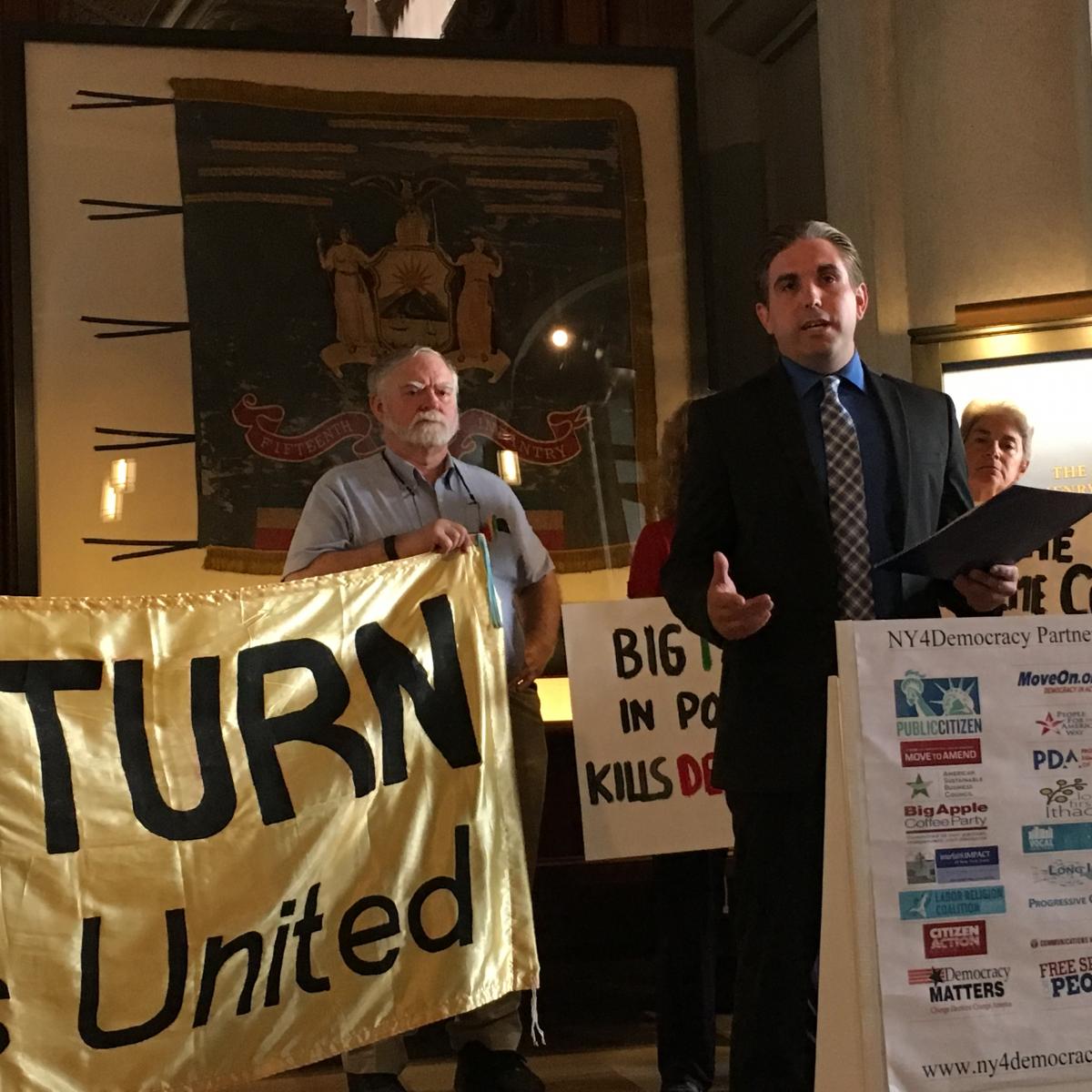 Over twenty municipalities from across the state including Buffalo, Syracuse, Albany, Mt. Vernon, Ithaca and New York City have passed resolutions supporting an amendment to the constitution. Moreover, since 2010 — the year of the Citizens United decision — nearly 700 cities and towns nationally have passed resolutions calling for an amendment and more than five million petition signatures have been gathered in support. 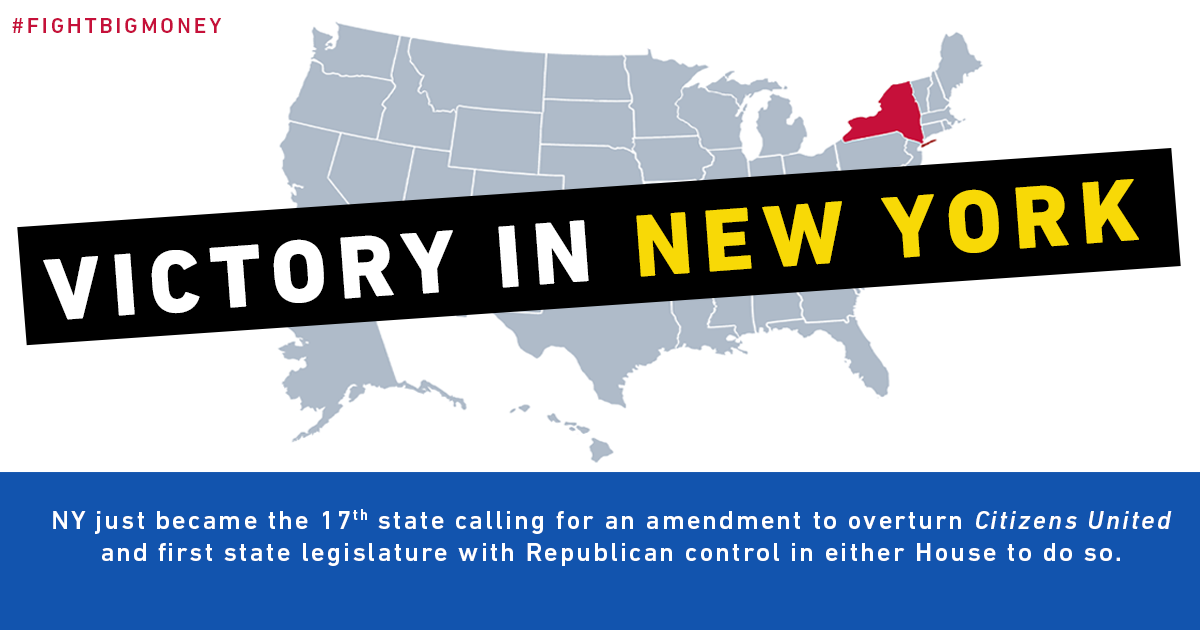 People in this country want a government that represents them and their interests. In New York and across the nation, poll after poll shows that reforming our big money system is a top priority for Americans. Not only does this win help affirm the hard work and value of partnerships on the ground between activists, organizations and lawmakers, it helps drive a national narrative that the days of Citizens United are numbered.