Marching On Washington, Again - People For the American Way
Skip to main content 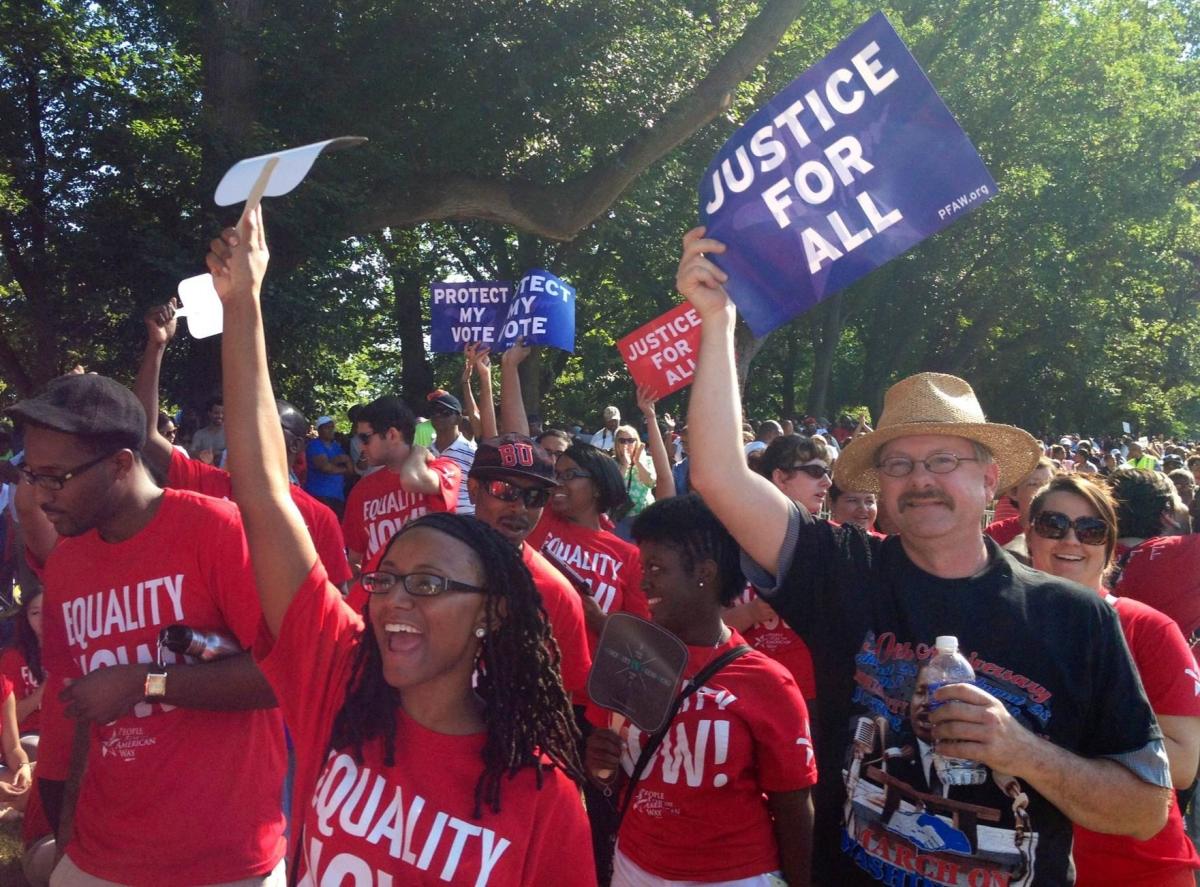 This weekend People For the American Way Foundation turned out en masse for the 50th Anniversary March on Washington. 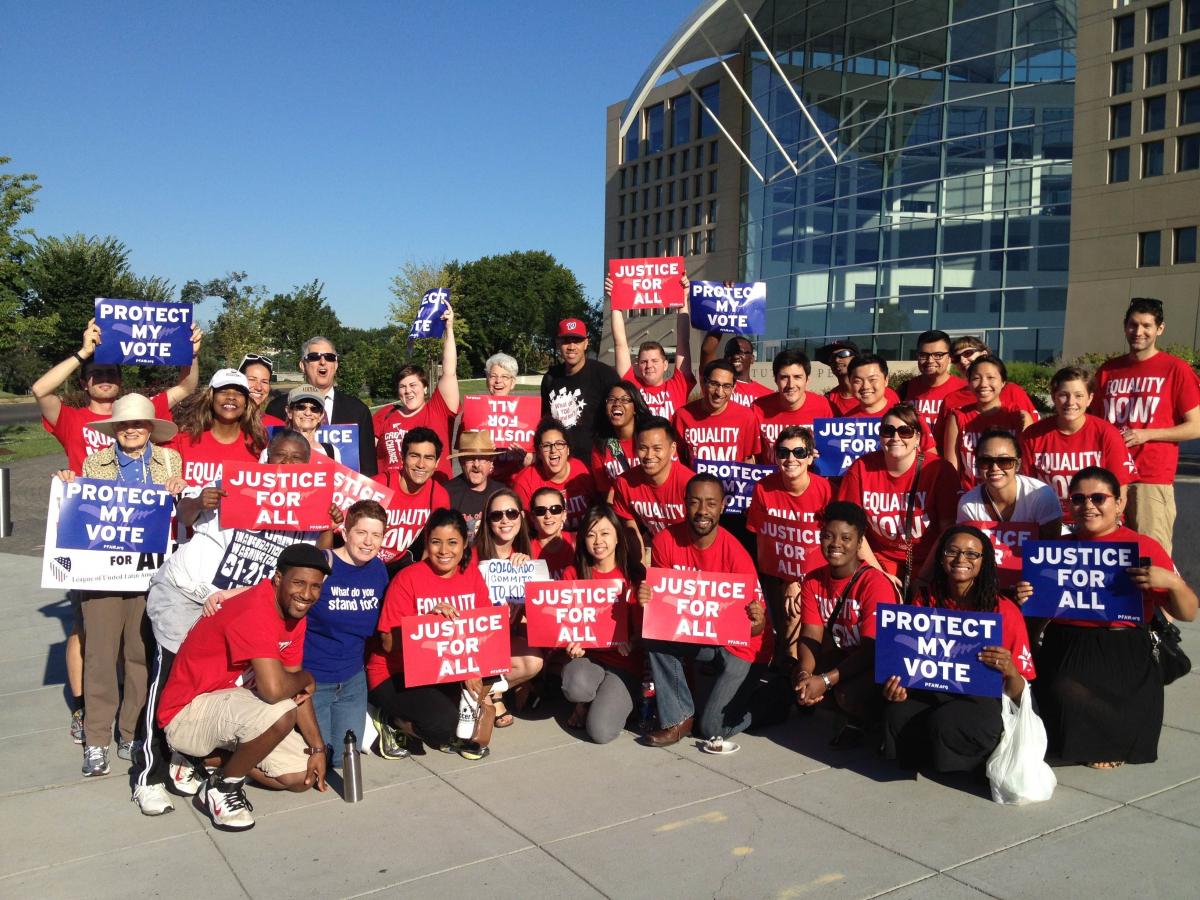 Some could remember the original march well.  Some had driven across the country to be there on Saturday.

Our reasons for being there were as diverse as the range of topics covered by the speakers. Some wanted to see an end to Stand Your Ground laws; others spoke in support of immigration reform, LGBT equality, or voting rights. 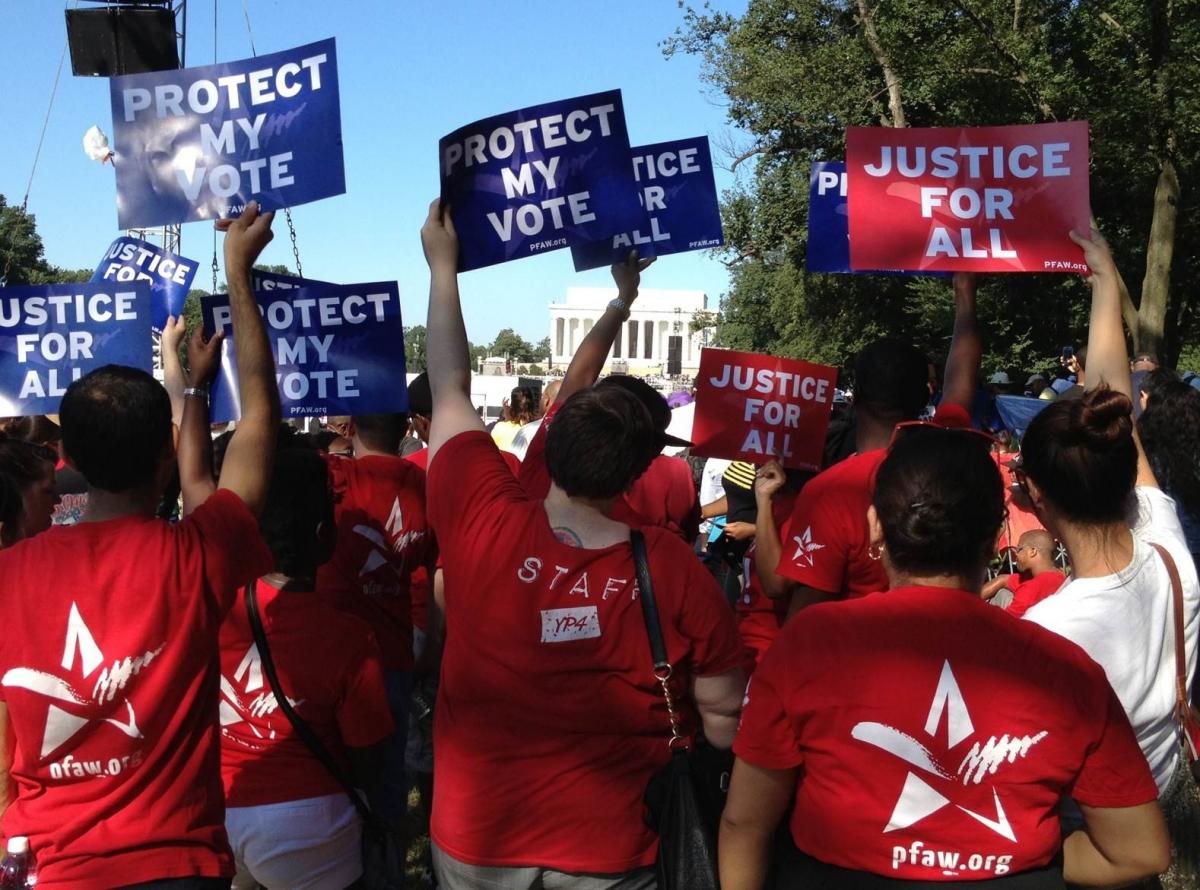 But everyone stood in solidarity with those who marched half a century ago, while calling attention to the ongoing need to fight for social, economic, and racial justice.  Everyone raised their voices in support of justice for all. 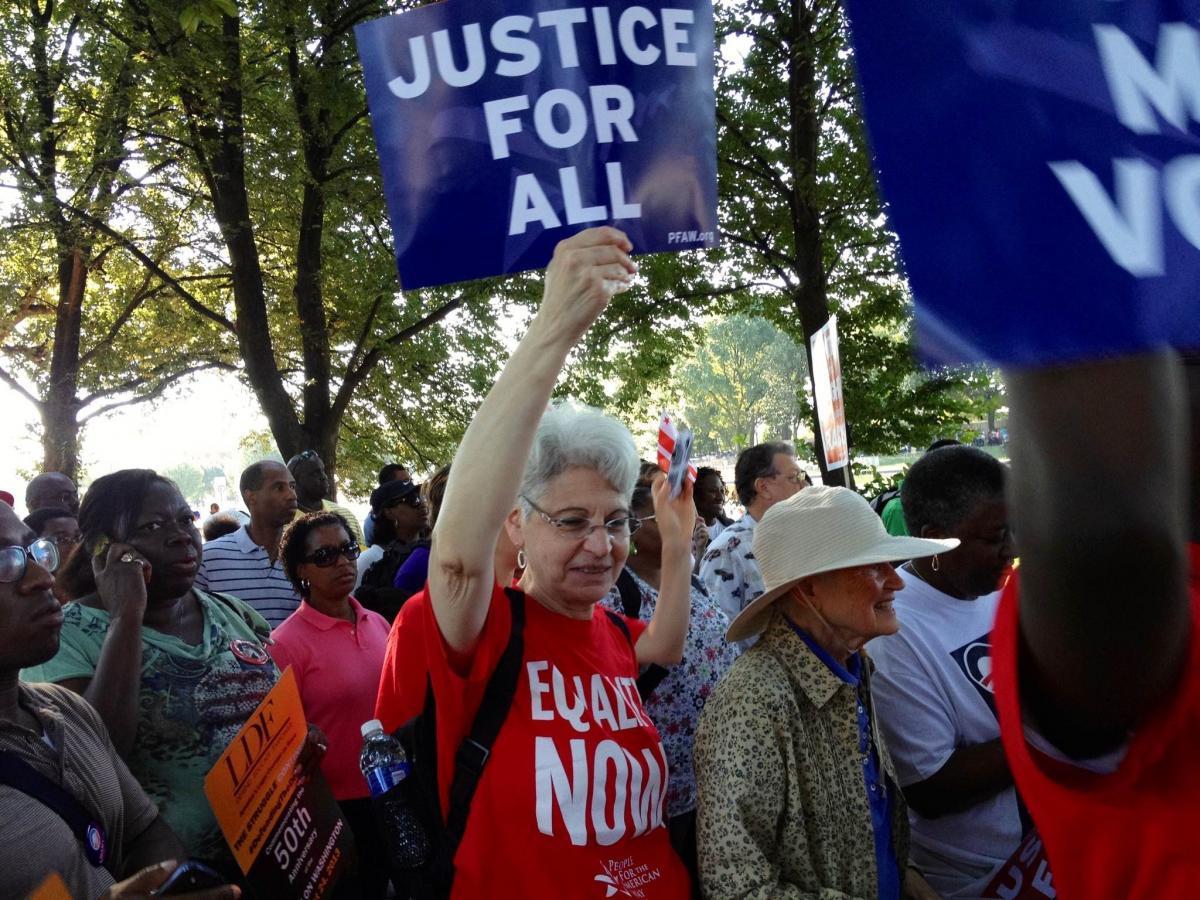 We saw Rep. John Lewis (D-GA) – just 23 years old when he spoke at the original March on Washington – take the podium again, speaking passionately about the need to protect the right to vote.  He called it “precious…almost sacred.”  Lewis recalled:

Members of the PFAW Foundation family also took the podium.  Young People For (YP4) alum Sophia Campos spoke in personal terms about the need for change in immigration policies, saying:

I grew up in this country undocumented. My family is immigrant… A million people have been deported in the last five years….It’s our black and brown bodies in these cells that are being detained.

Another YP4 alum, Dream Defenders leader Phil Agnew, also spoke at the rally, calling on young people to take the lead in the progressive movement.  Young people, he said, are “here today to join in a conversation that will shake the very foundations of this capital.” 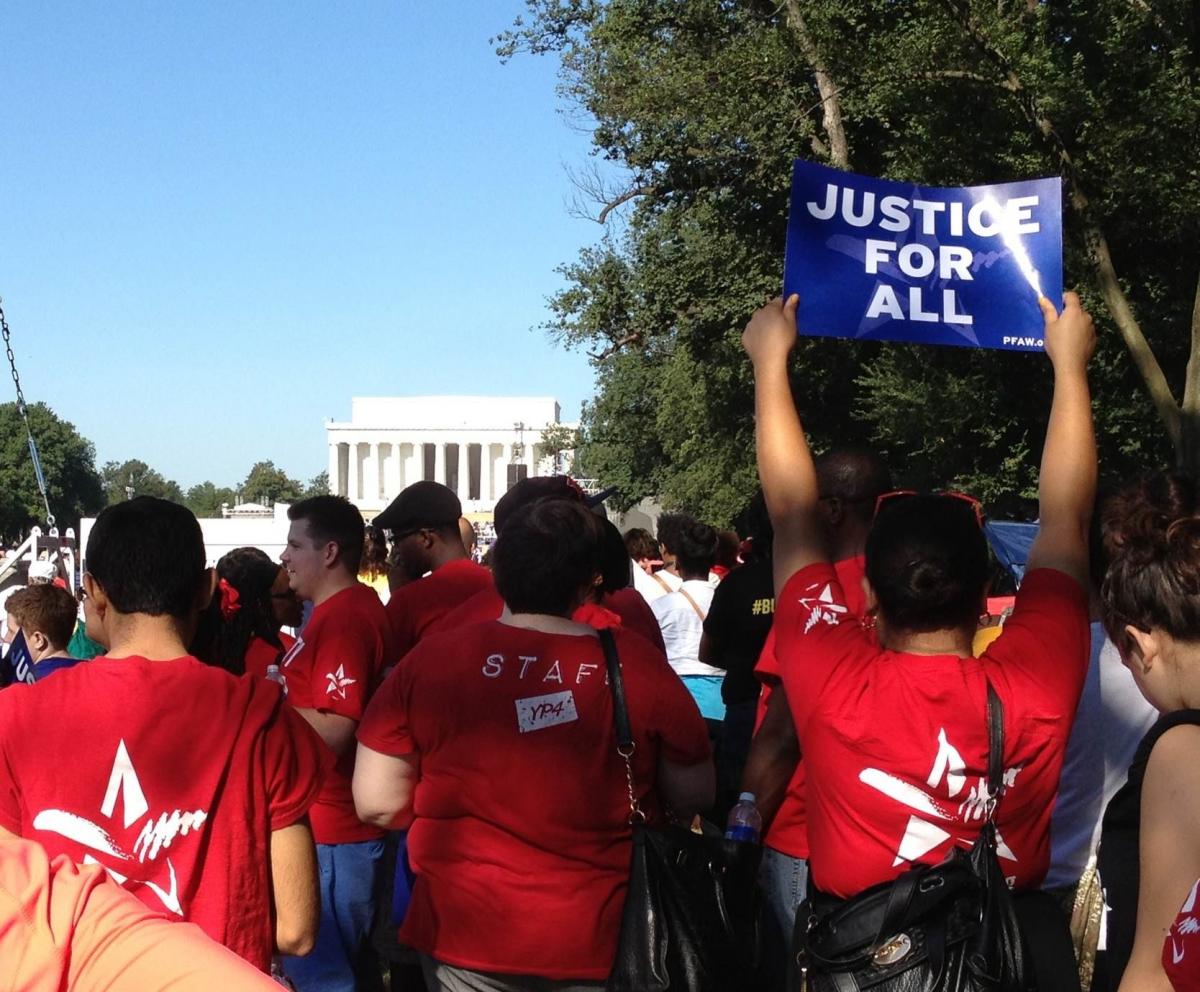 And Rev. Charles Williams, an active member of PFAW Foundation’s African American Ministers Leadership Council, was named by the event organizers as being part of the next generation of leaders.

We came to honor those who marched 50 years ago, but also to call attention to the critical justice issues facing our country today.  As PFAW Foundation President Michael Keegan wrote last week:

That’s what this week is about: making sure that we, as a country, continue to strive to fulfill the promise of justice for all — the American Way.